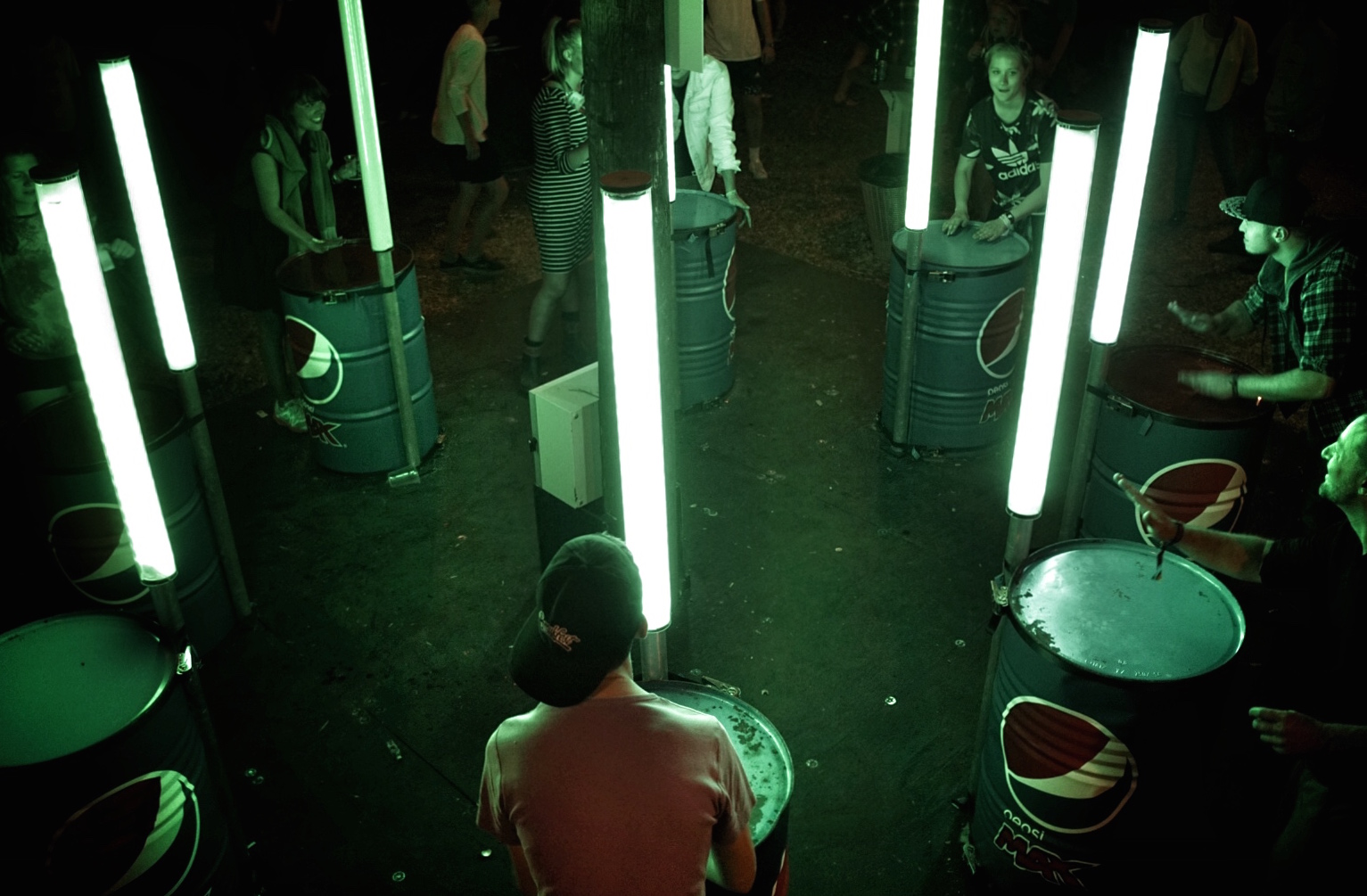 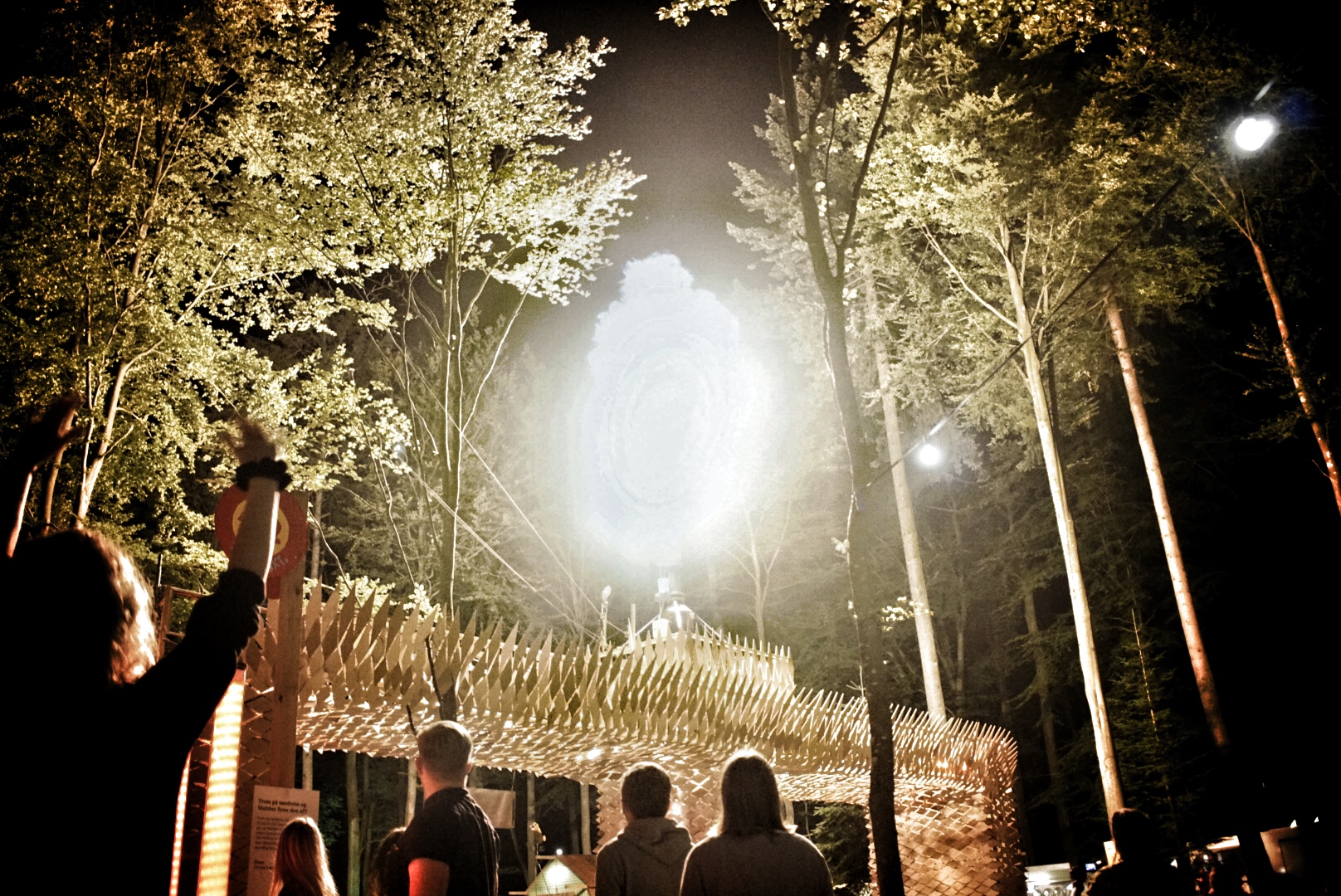 illutron designed a large scale interactive art installation for Skanderborg festival 2015. The installation consisted of a big fire cannon mounted at the main entrance of the festival. The participants could trigger the canon by playing together on oil drums. The main control unit was created by Nikolaj Møbius at Fablab RUC. 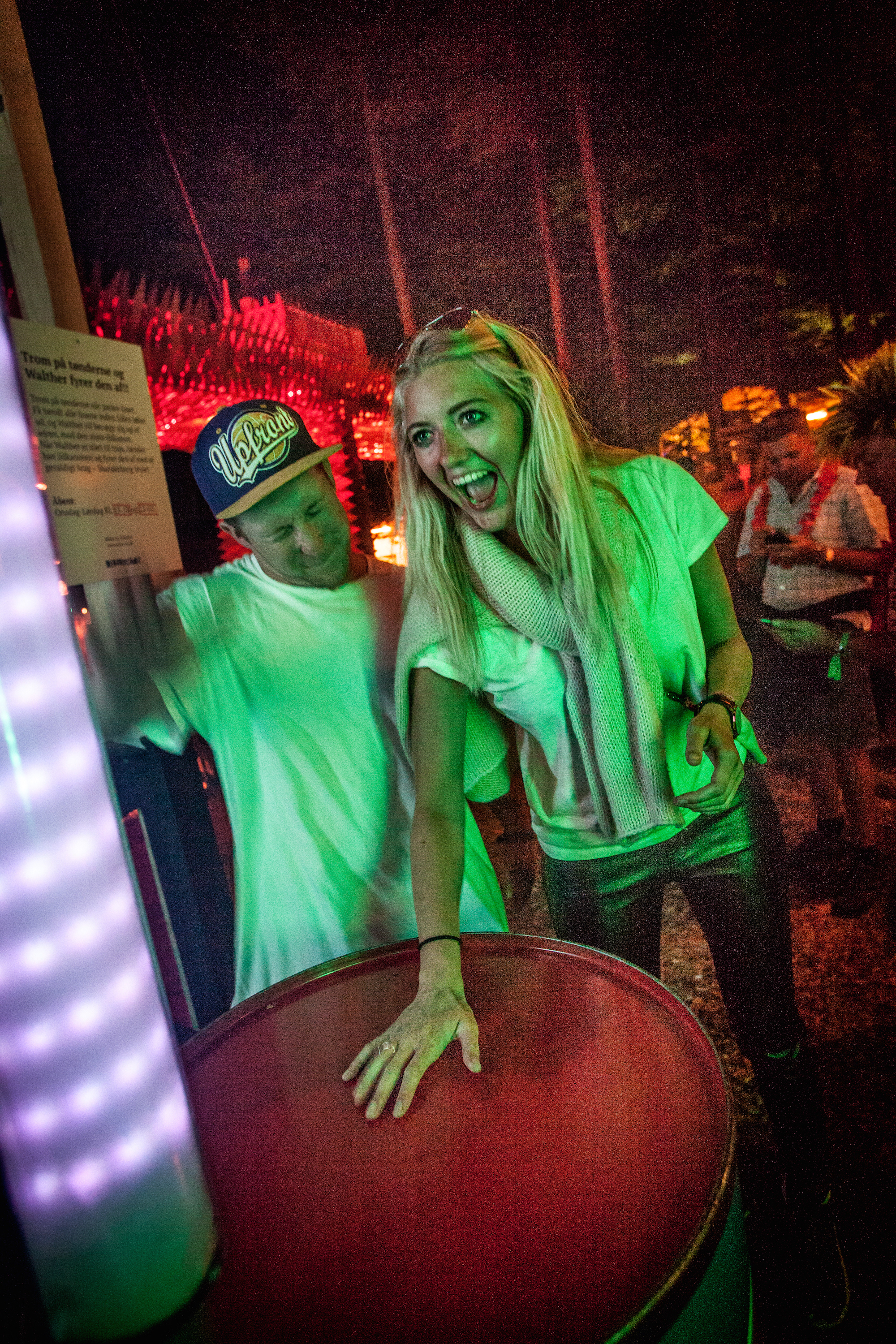 The interaction consisted of eight oil drums put in a circle, right outside the Festival entrance. Each drum had a piezo sensor mounted. They registered the participants drumming send the signal into an Arduino Mega with eight analog inputs. The participants received feedback via individual Red-Green-Blue led string mounted on poles on each drum. The lights would change depending on the interactions. 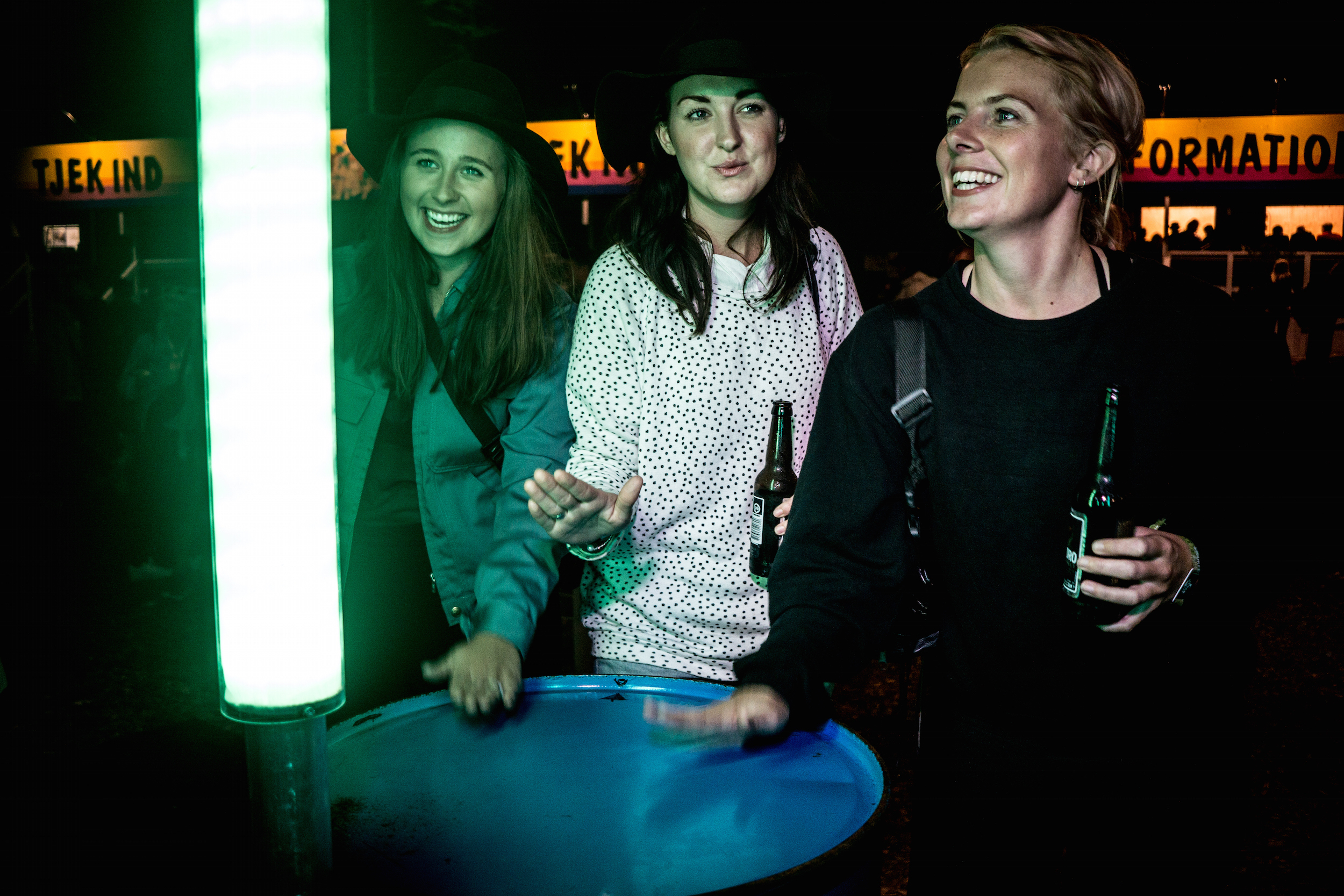 When the participants had solved the puzzle of drumming the lights on the drums would turn bright red and the fire cannon would go off.

The system was designed in such a way that after the Skanderborg event, it could be turned into a generic experimental interface for drum interactions. The poles and the drum sensors can be mounted on other things than oil drums and the Arduino interface allows designers to come up with many different interaction scenarios. This could be anything from fluid participatory interactions to fixed game designs.