Using Sublime Text as an alternative to the Arduino IDE

The Arduino IDE is a freely available and widely use IDE for writing code for various microcontrollers like the ATmega based Arduino UNO, the ESP8266 based NodeMCU or the ESP32 based Lolin32, just to name a few. 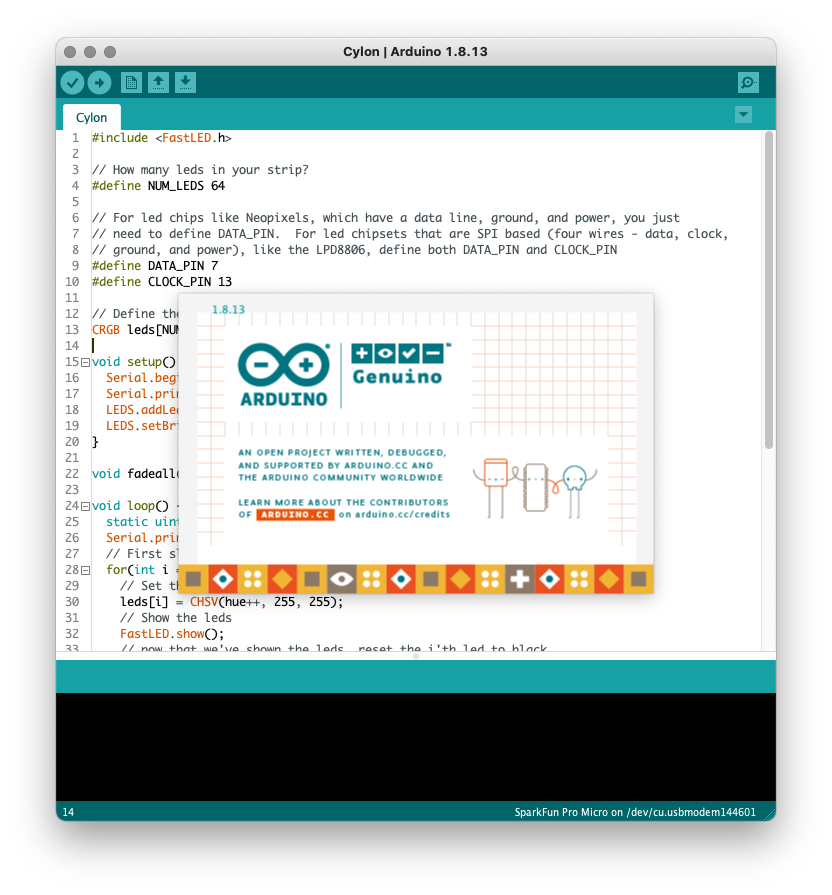 The Arduino IDE is a useful and well supported tool, but does lack some modern features, like code completion, snippets, color theming and GitHub integration.

Sublime Text to the rescue. 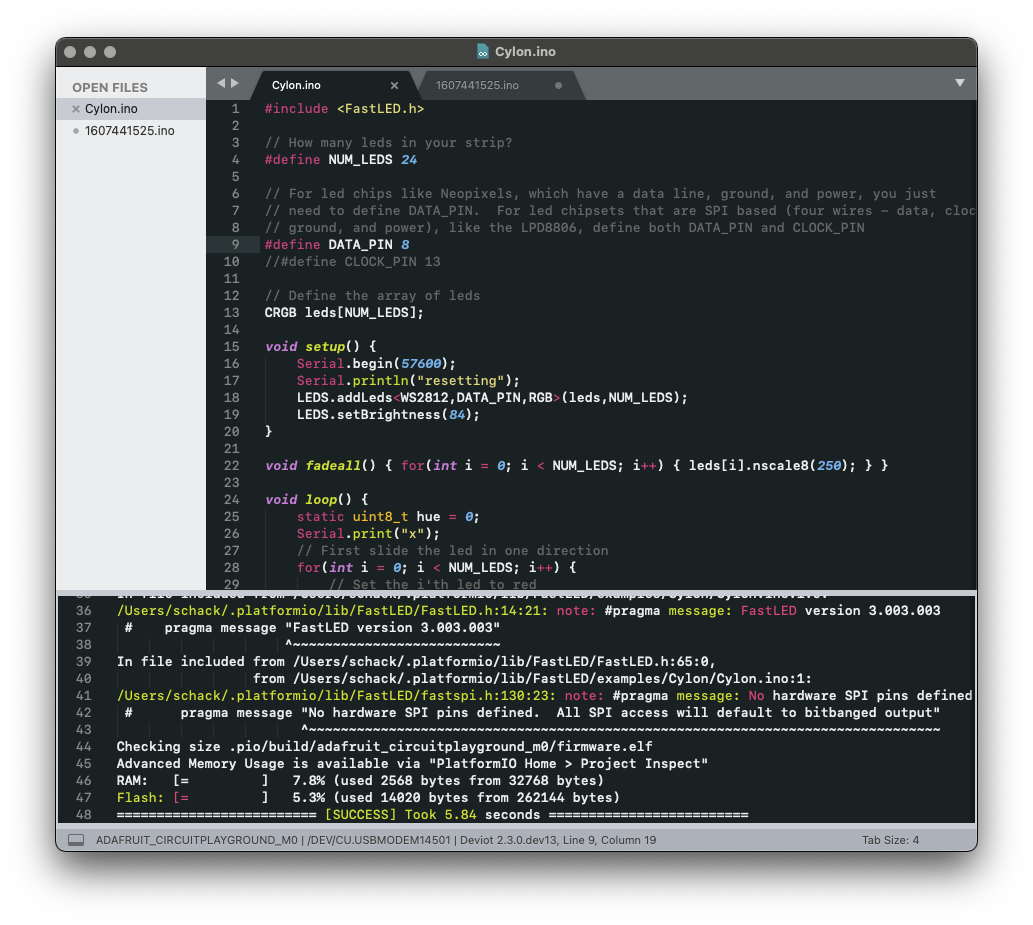 Sublime Text is a text editor specifically made for working with code. It has many advantages over the standard Arduino IDE. Here are some examples:

The easiest way to install it is from the menu "Tools" and then select "Install Package Control…". This will download the latest version of Package Control and verify it using public key cryptography.

Now that Package Control is installed we can continue with the rest of the needed tools. Sublime Text in itself doesn't in itself have the ability to connect, manage and build for the growing number of microcontroller that exist out there. For that we need two different tools.

Before we install Deviot we're going to add its dev-channel from Github. To do that we invoke the Command Palette in Sublime Text, either by going to menu>tools>command palette or with mac hotkey shift+command+p. 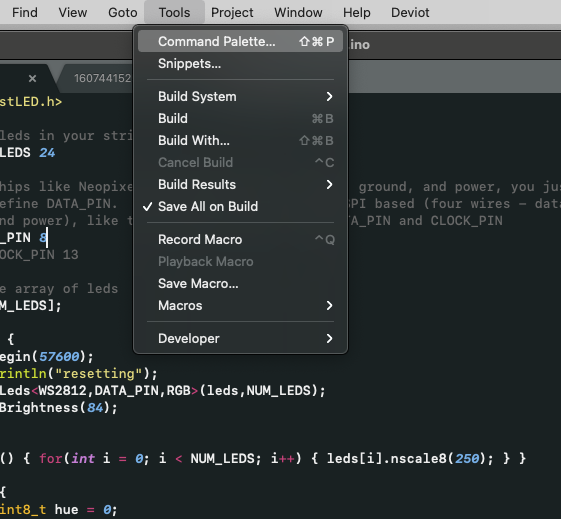 Now we are ready to install Deviot. Again open the Command Palette, type pack and select Package Control: Install Package. Wait until the list is loaded and then start typing Deviot. 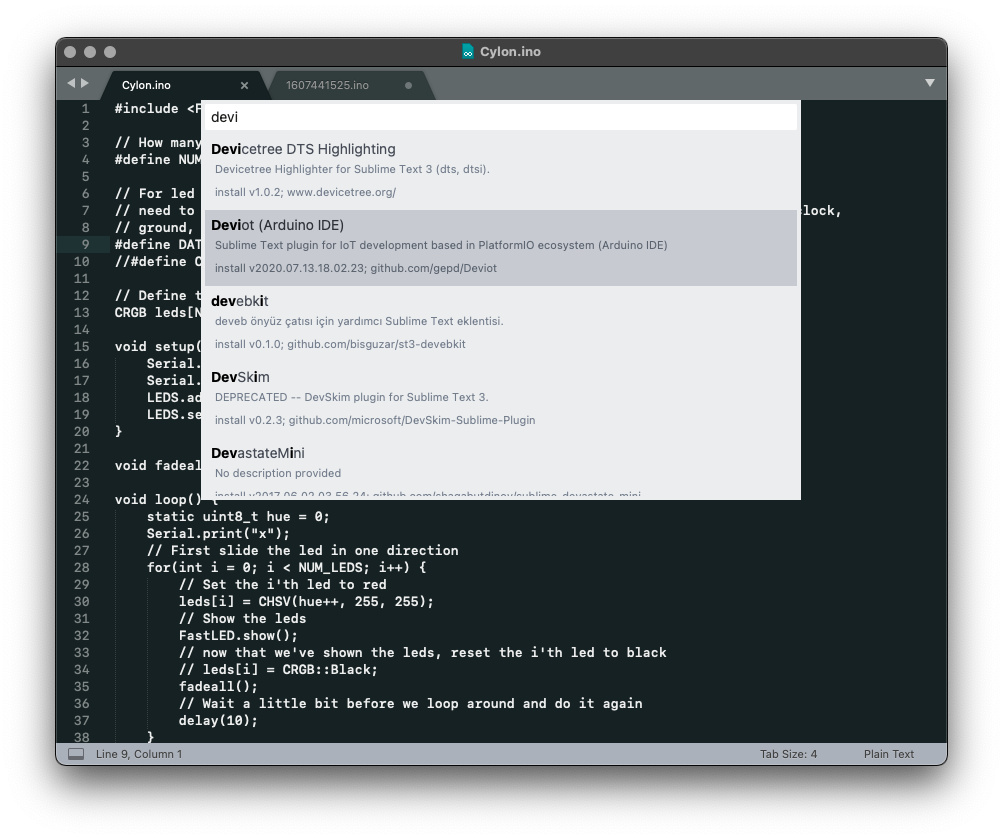 While Deviot is installing it will also download and install the latest version of PlatformIO, so assuming no errors occurred you are now ready to start coding your next microcontroller project with a modern IDE.

But before finishing up this tutorial I'll leve you with some of the basic commands for setting up and using Deviot. A new menu is now available and here is where you find the various commands that setup, compile and upload you code. 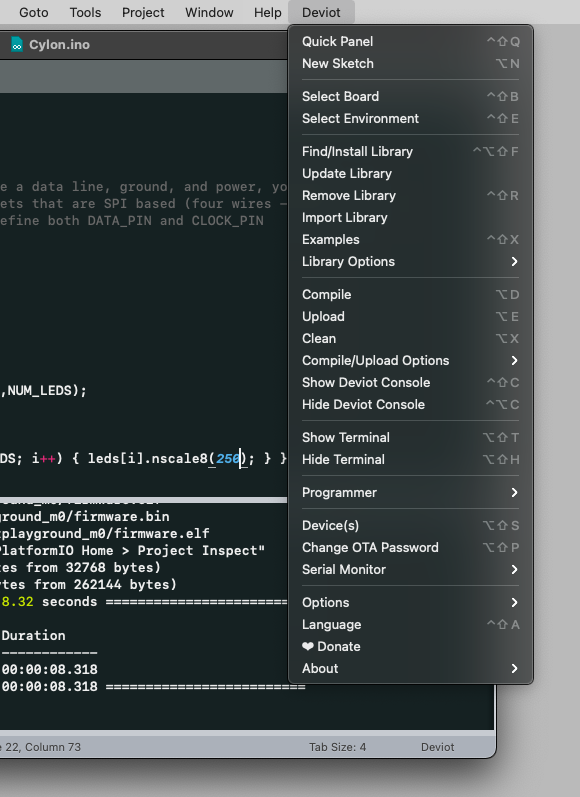