The Mobile Fablab at the Borderland festival 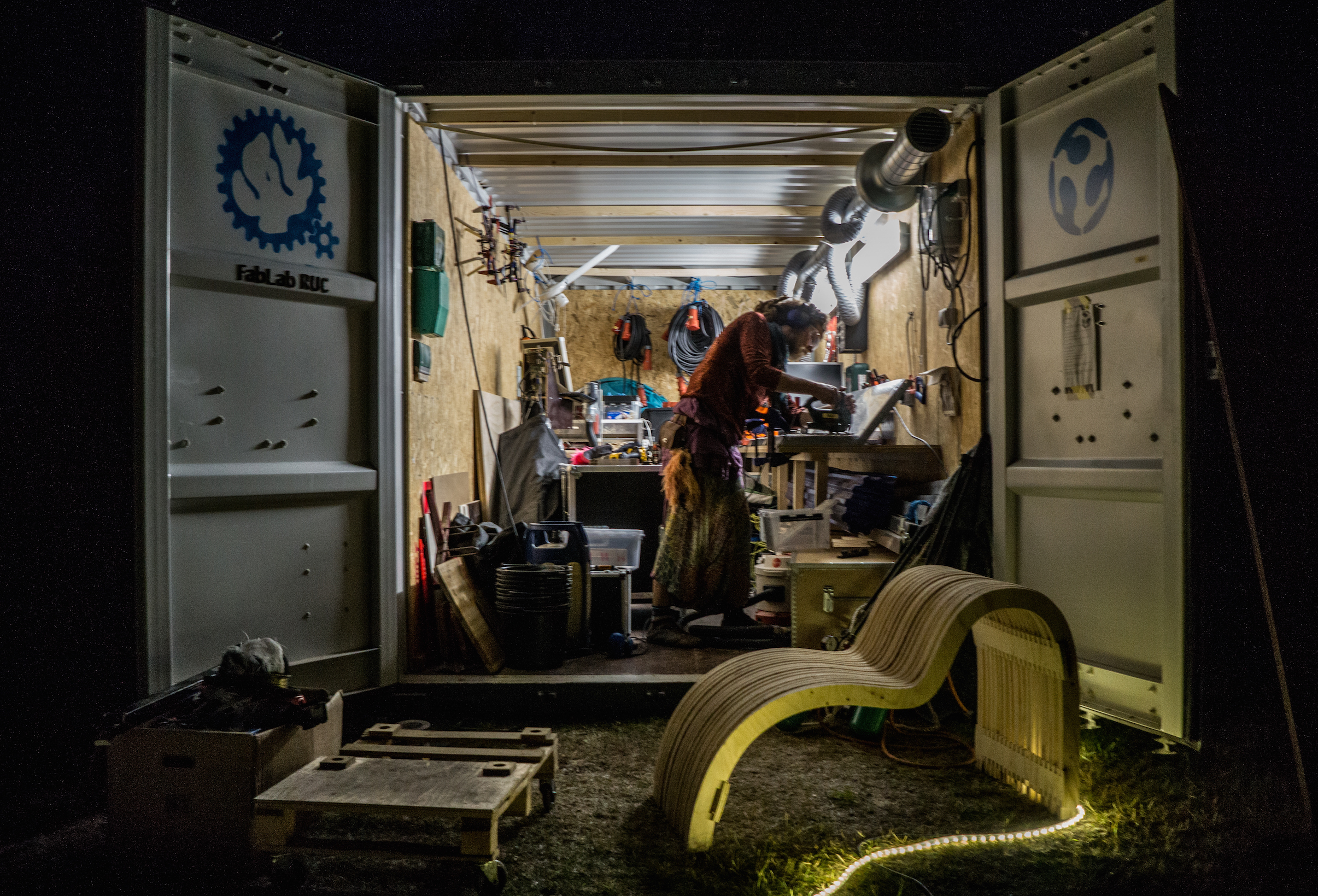 Our mobile fablab went to the Borderland Festival to support the co creational spirit of the festival. It was packed with 3D printers, Laser cutter, CNC Milling machines, Drones and Basic tools. 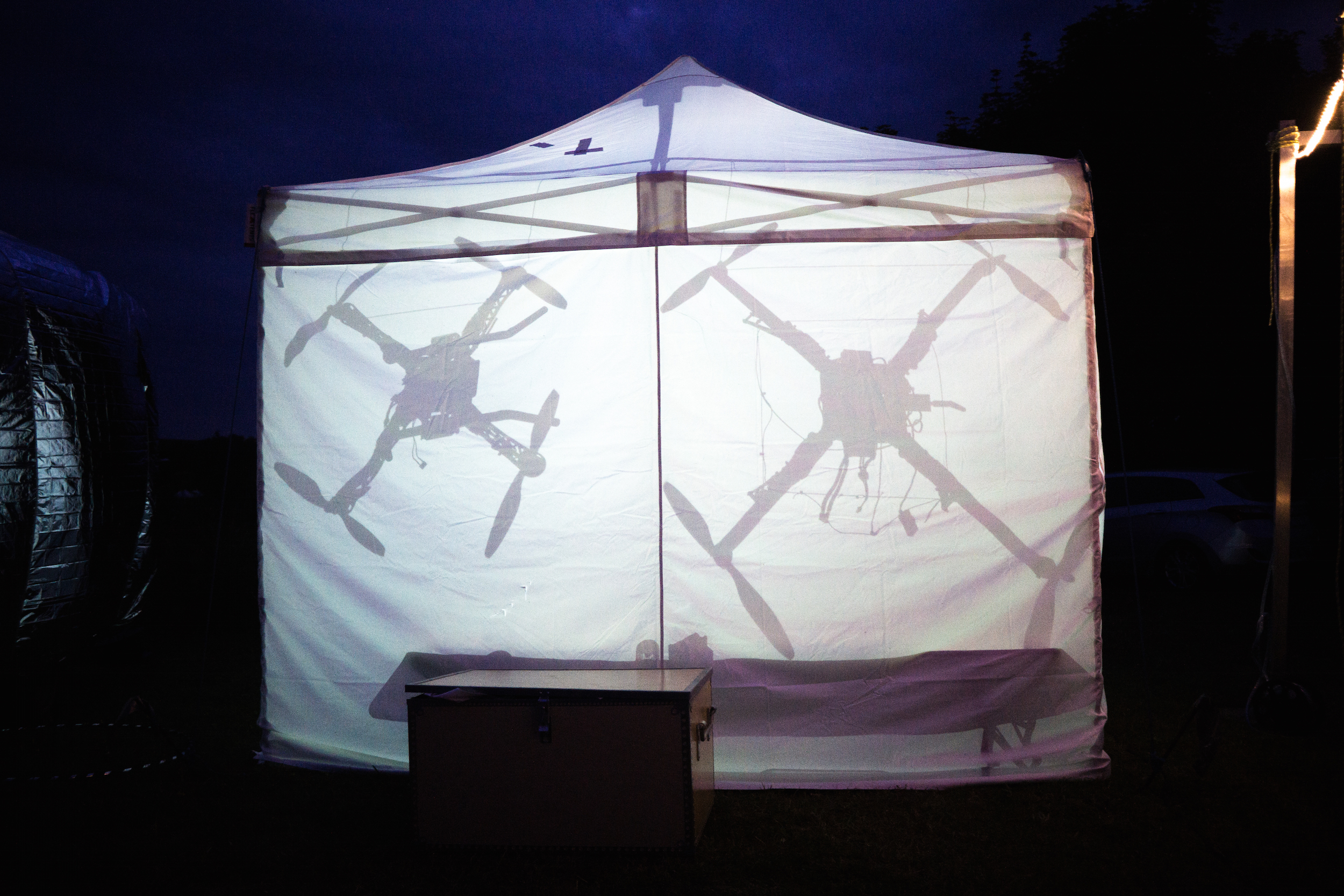 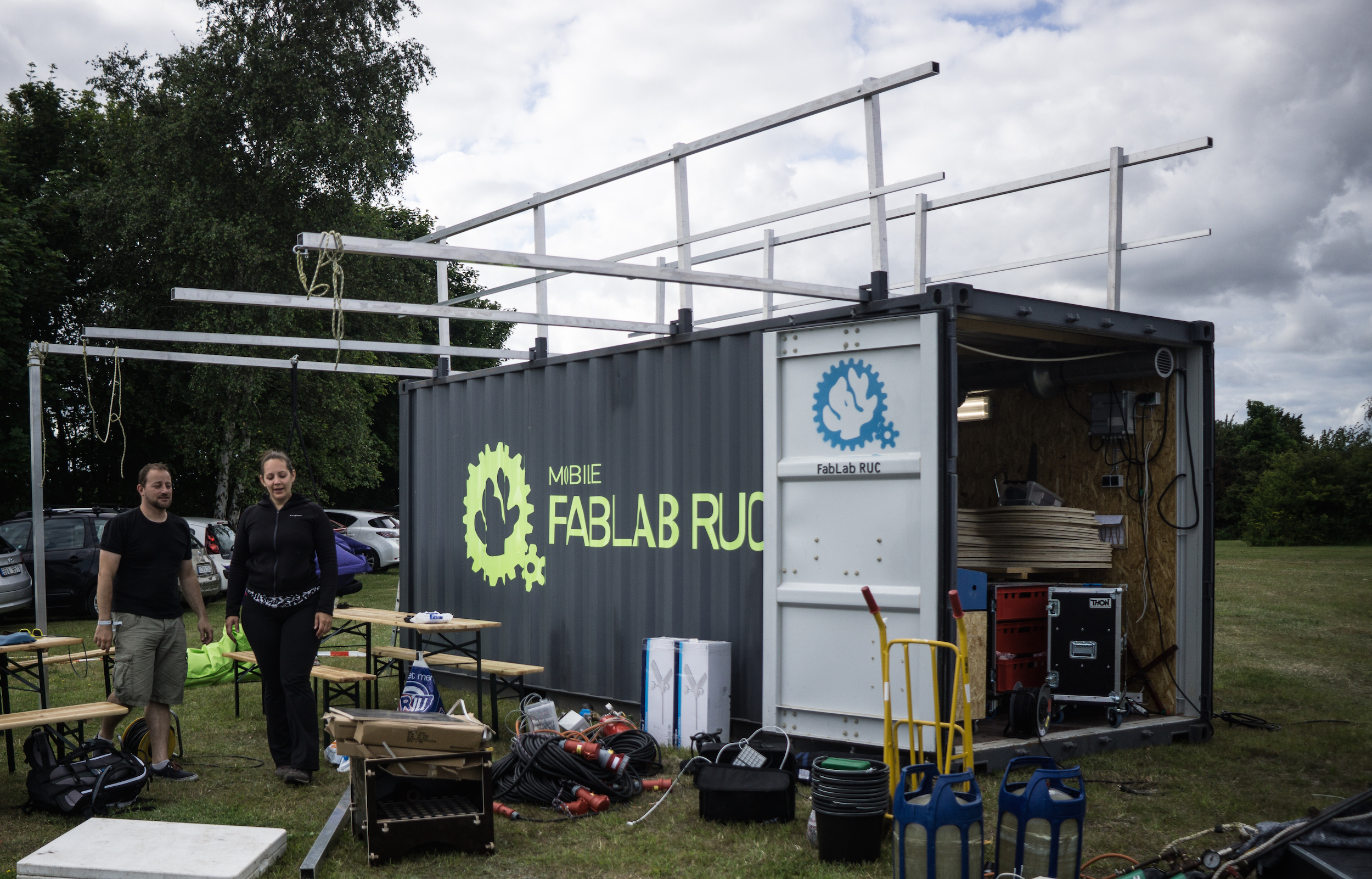 Besides basic things like supporting the construction of the infrastructure, the Fablab was used to create multiple interactive installations by the participants. 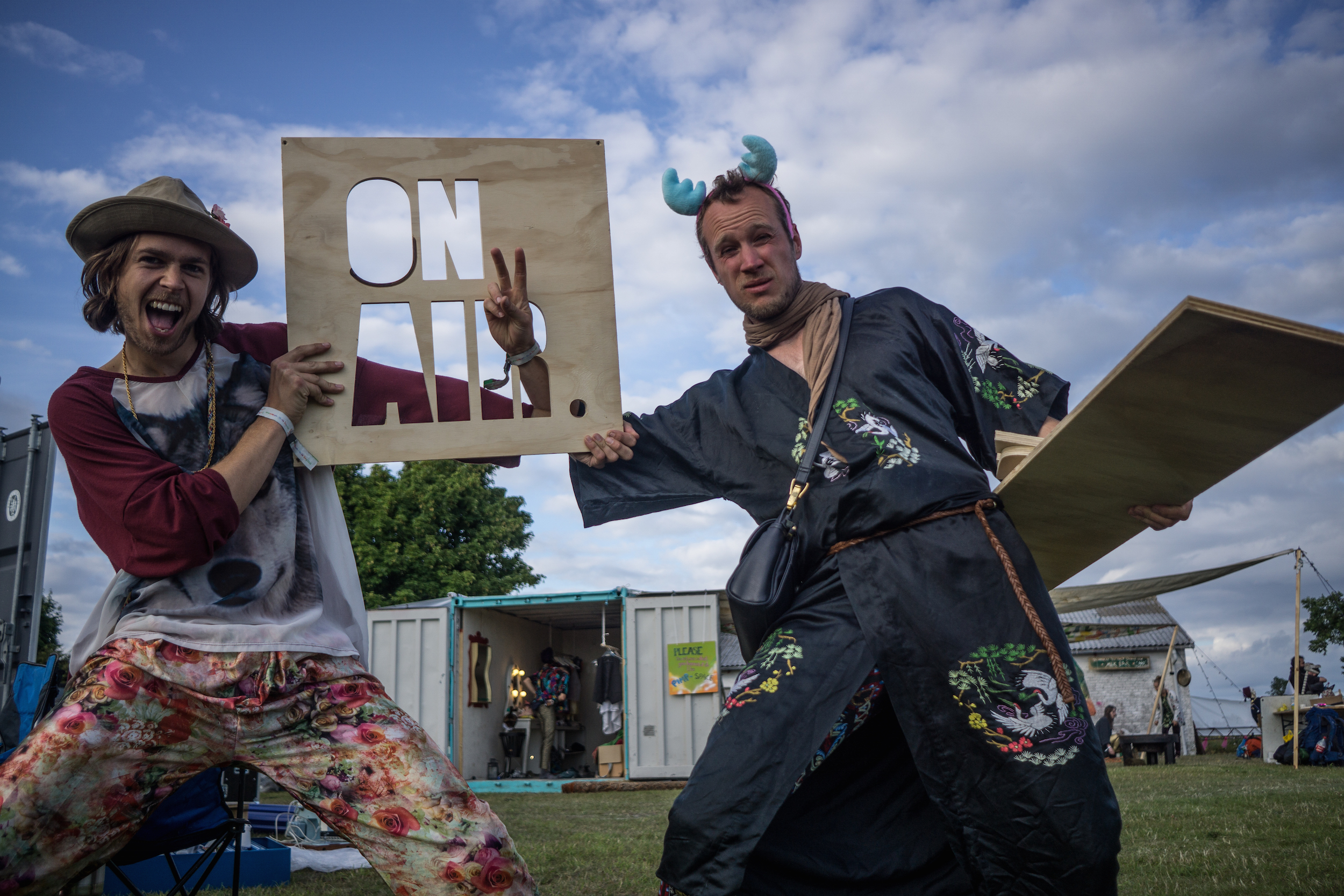 Deploying a Fablab directly within a creative context revealed new qualities of shortening the distance between the needs and the tools to create. People where literally building inside the container and installing their creations within walking distance to it. 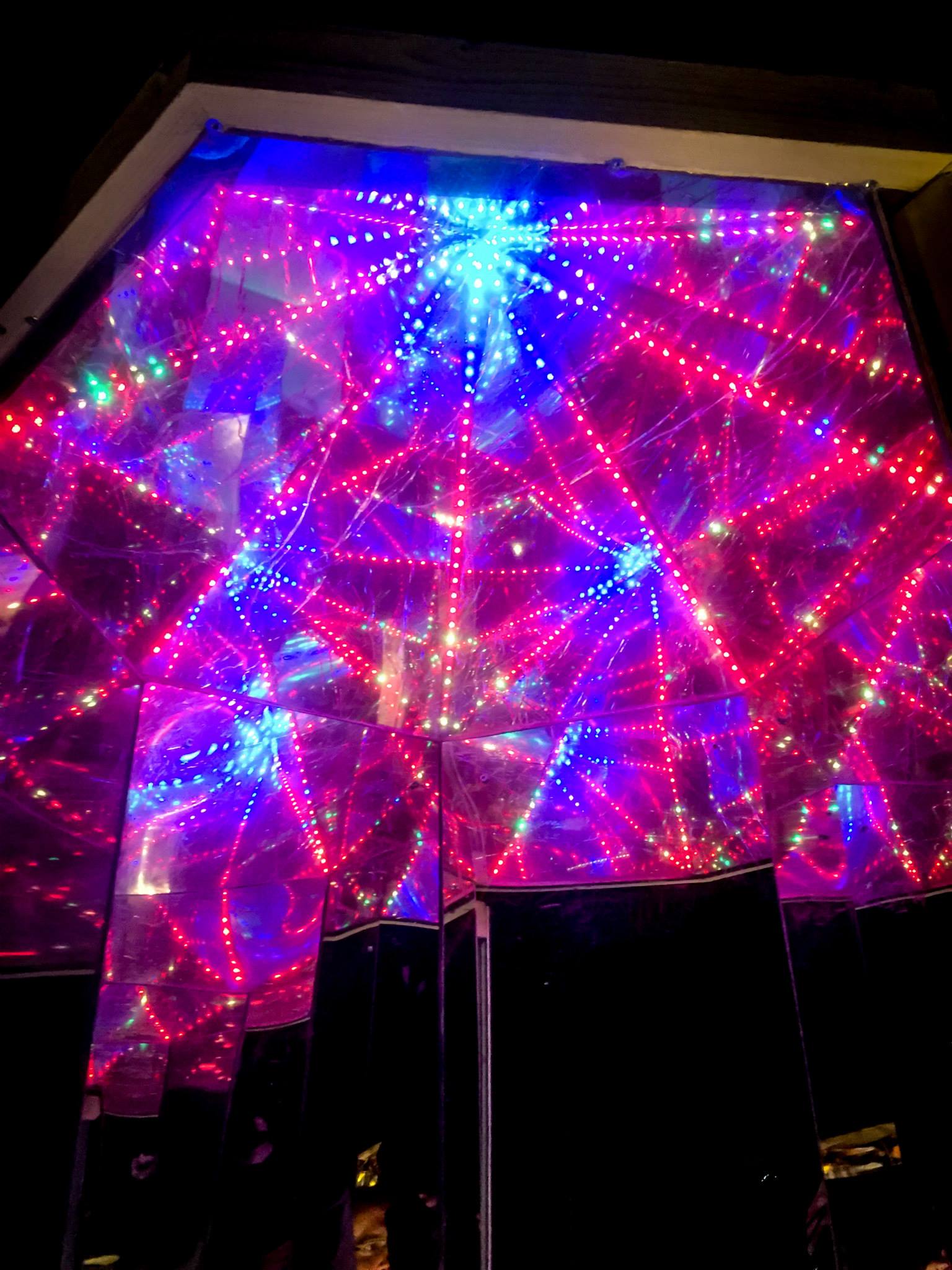 One such project was the "Space Elevator" by Martin Bollerup. An installation consisting of mirrors that creates an endless repetitive space once you crawl inside and close the door. 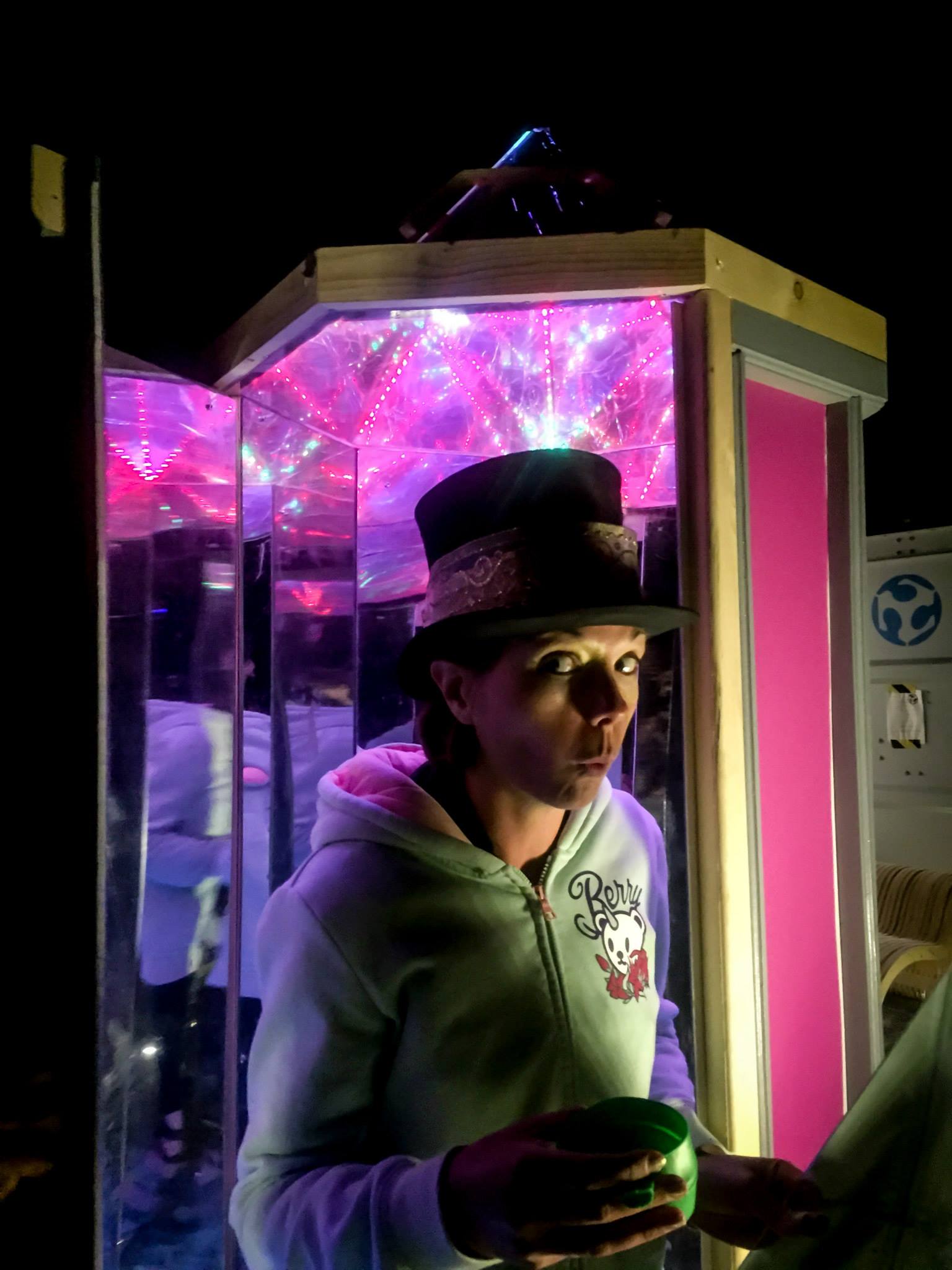 The Fablab space at Borderland was done in collaboration with IdemoLab who brought and covered Smutti, their Mobile Fab Lab camper, in silver cloth - turning it into a disco ball. 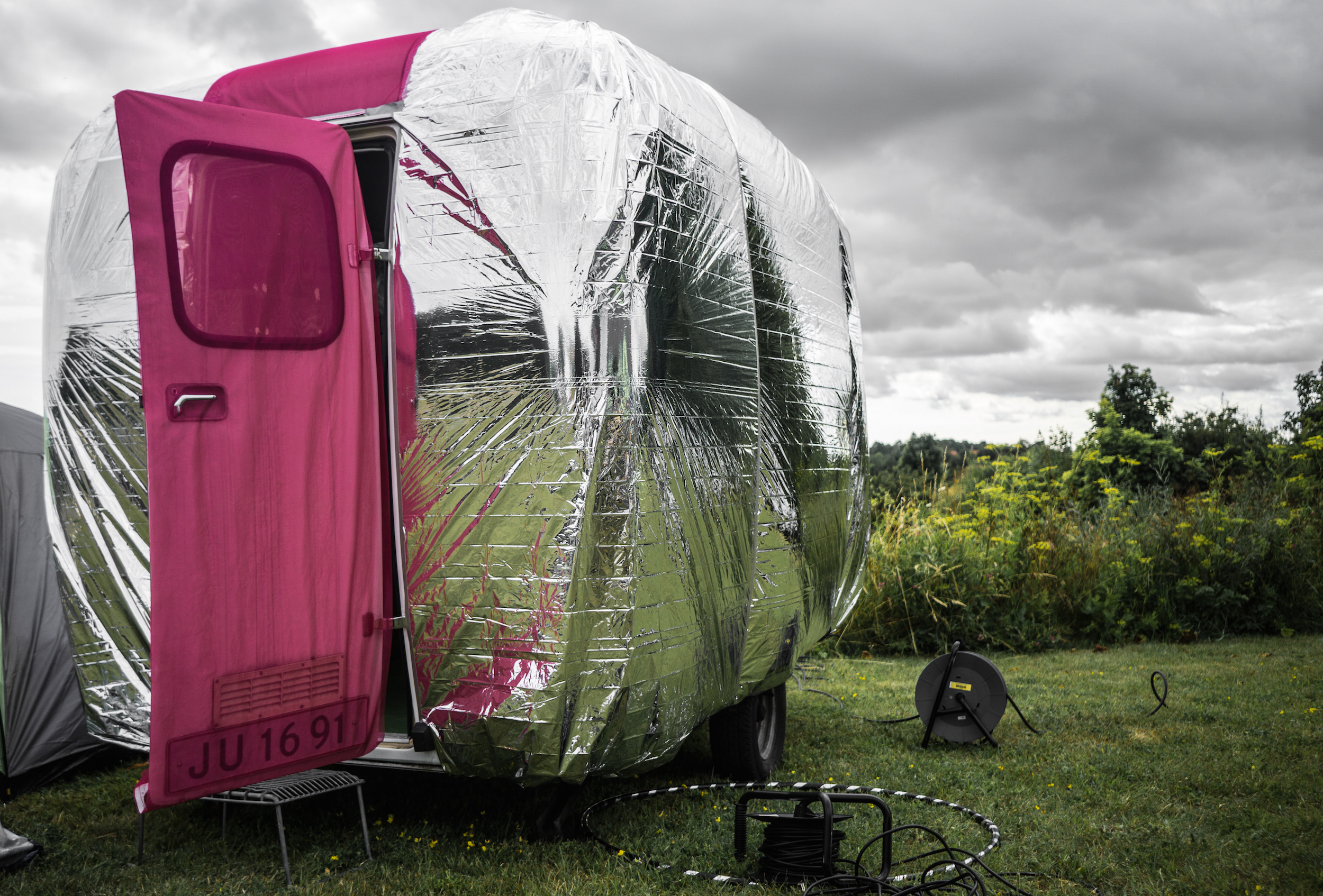