The 12th Fablab conference was held in August 2016 in China. Nikolaj Møbius and Mads Høbye participated as representatives for Fablab RUC. Here are their travel summary.

We have been to many different conference and this is one of the most fun and interesting conference we has ever been to. One great example was that they decided to turn the main hall into a makerspace. This resulted in people working on fablab projects right in front of the main stage. The making was not put in the basement, but placed at the center. This created a creative vibe in which geeks of all kind engaged and debated about technology and design. The conference proved to be a tremendously important way to get and update on the state of fablab, participate in the discussion and connect to the community around it. This is where people meetup every year to have the latest discourse around the Fablab movement.

At the conference Fablab RUC did a paper presentation and a workshop: 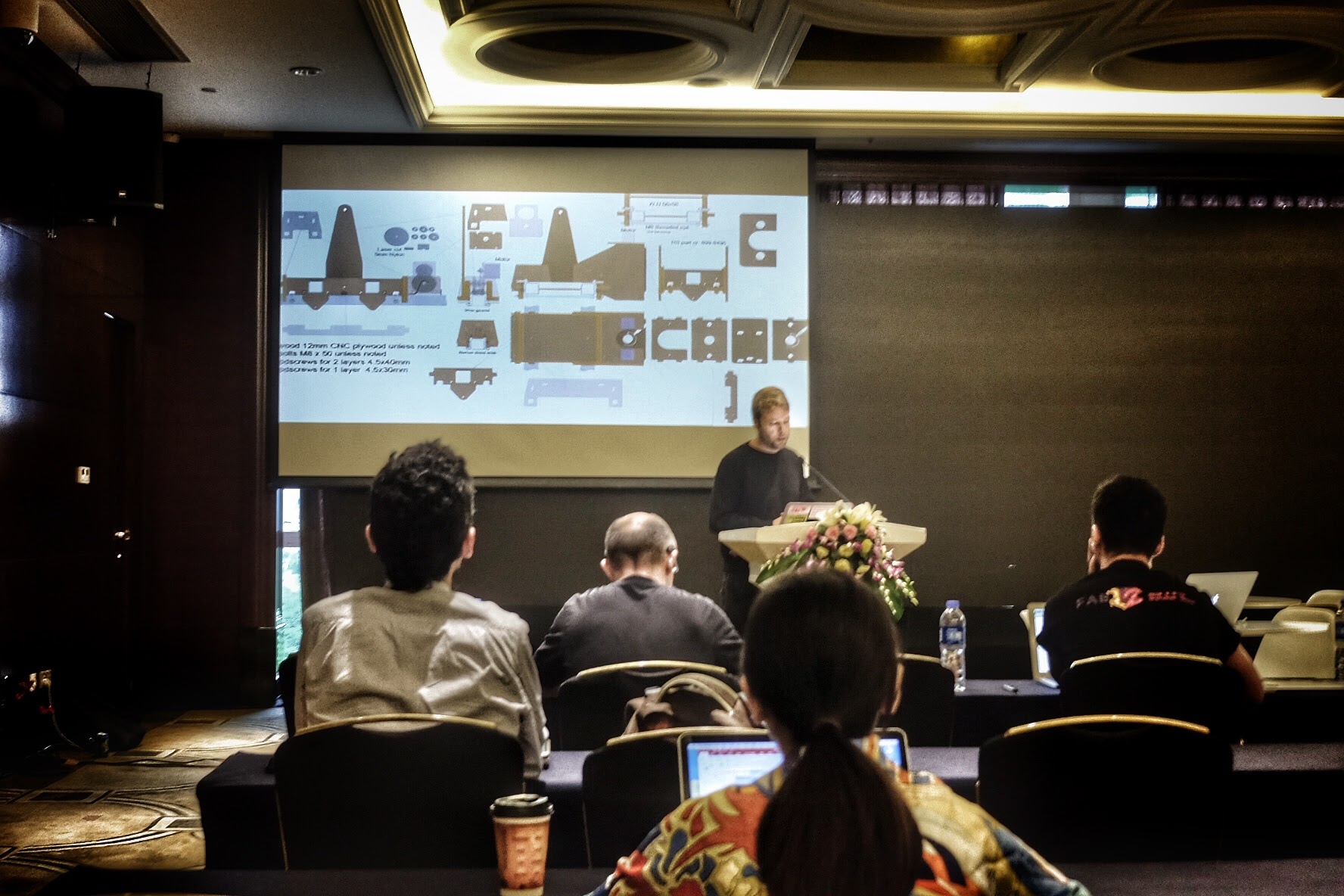 We presented our paper with the following abstract:

It can be downloaded here: 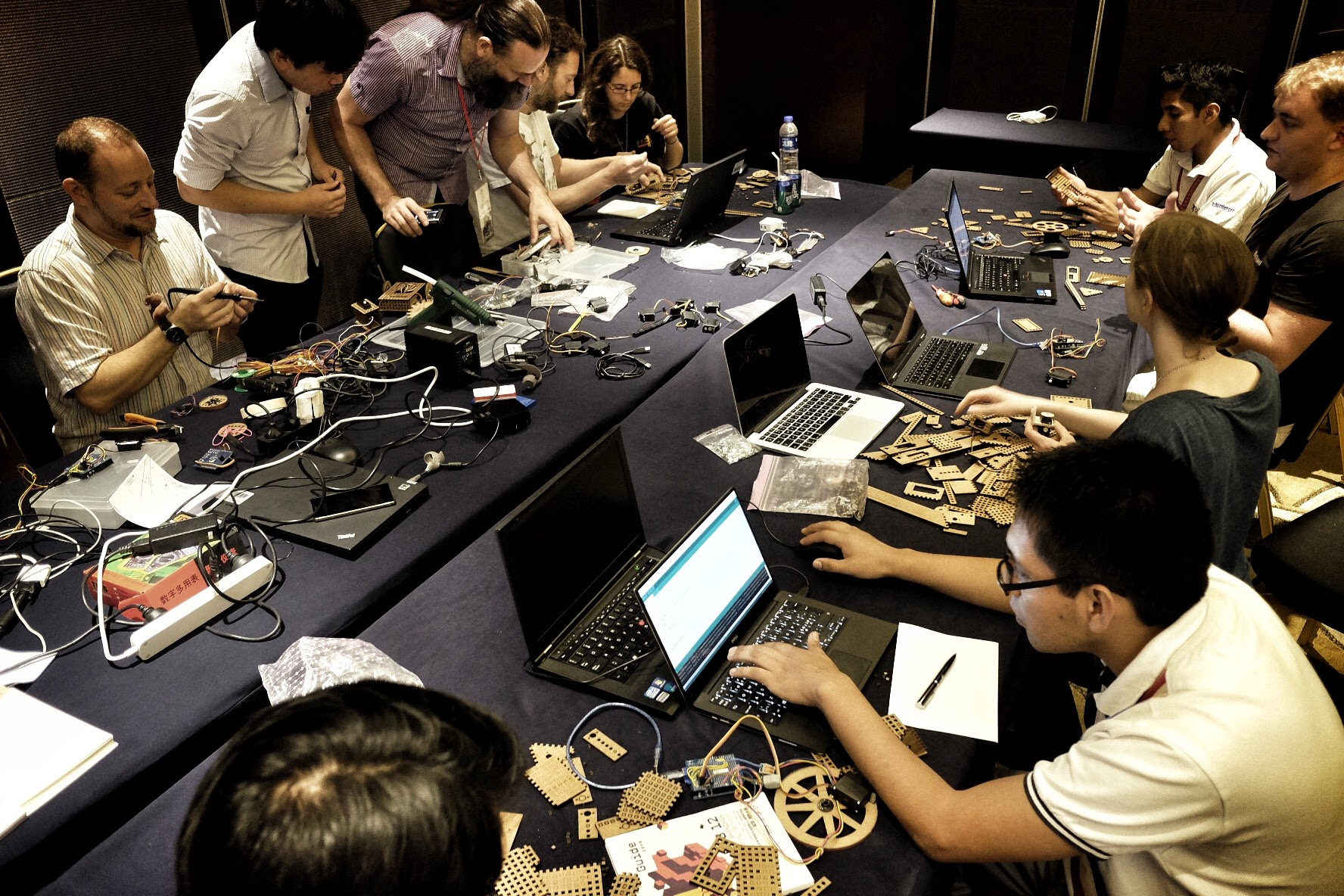 The robot was about making small robots with our modular robot kit. They participants managed to design and program their robot within a few hours.

We managed to hijack the main exhibition hall and make an impromptu exhibition with our robots. 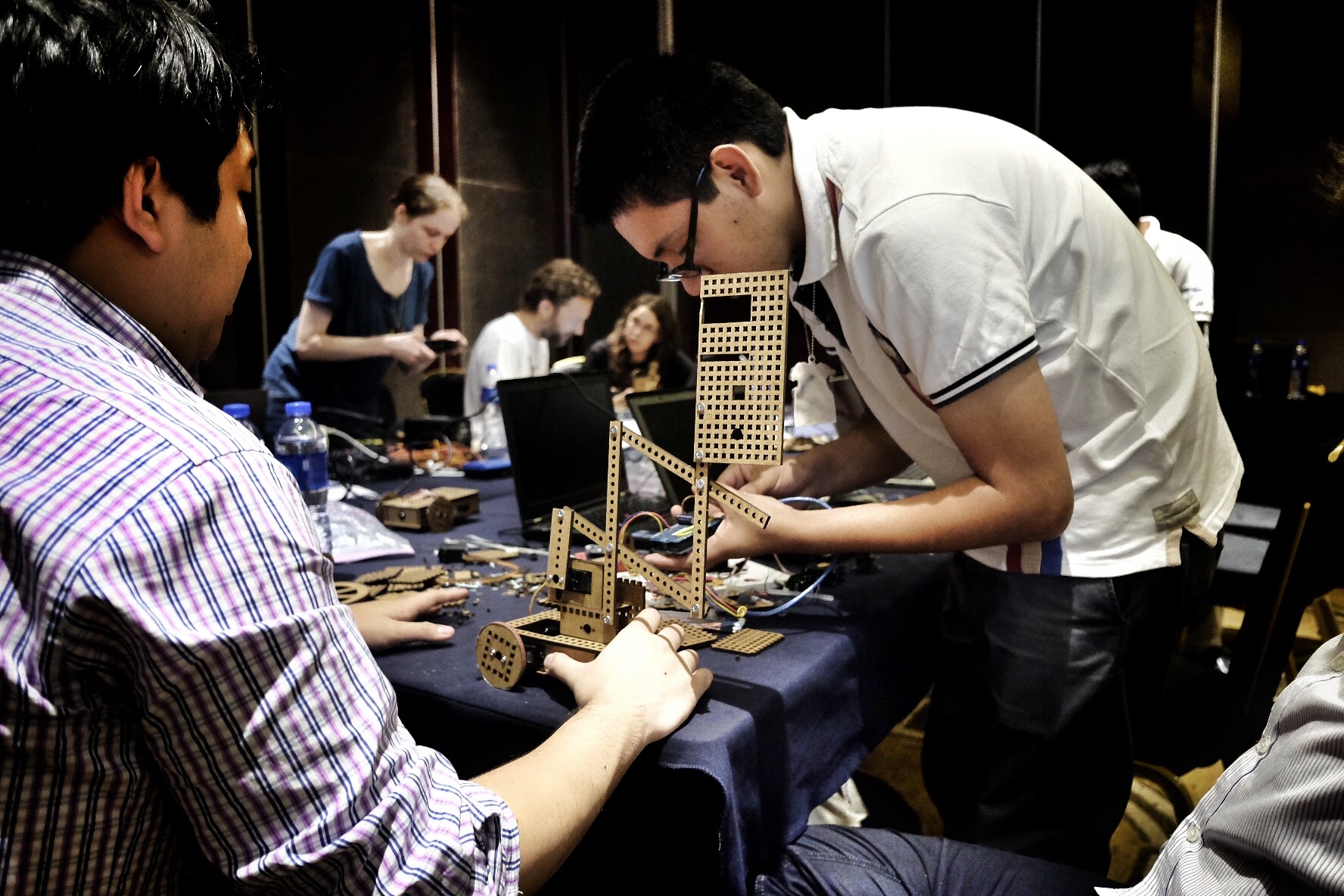 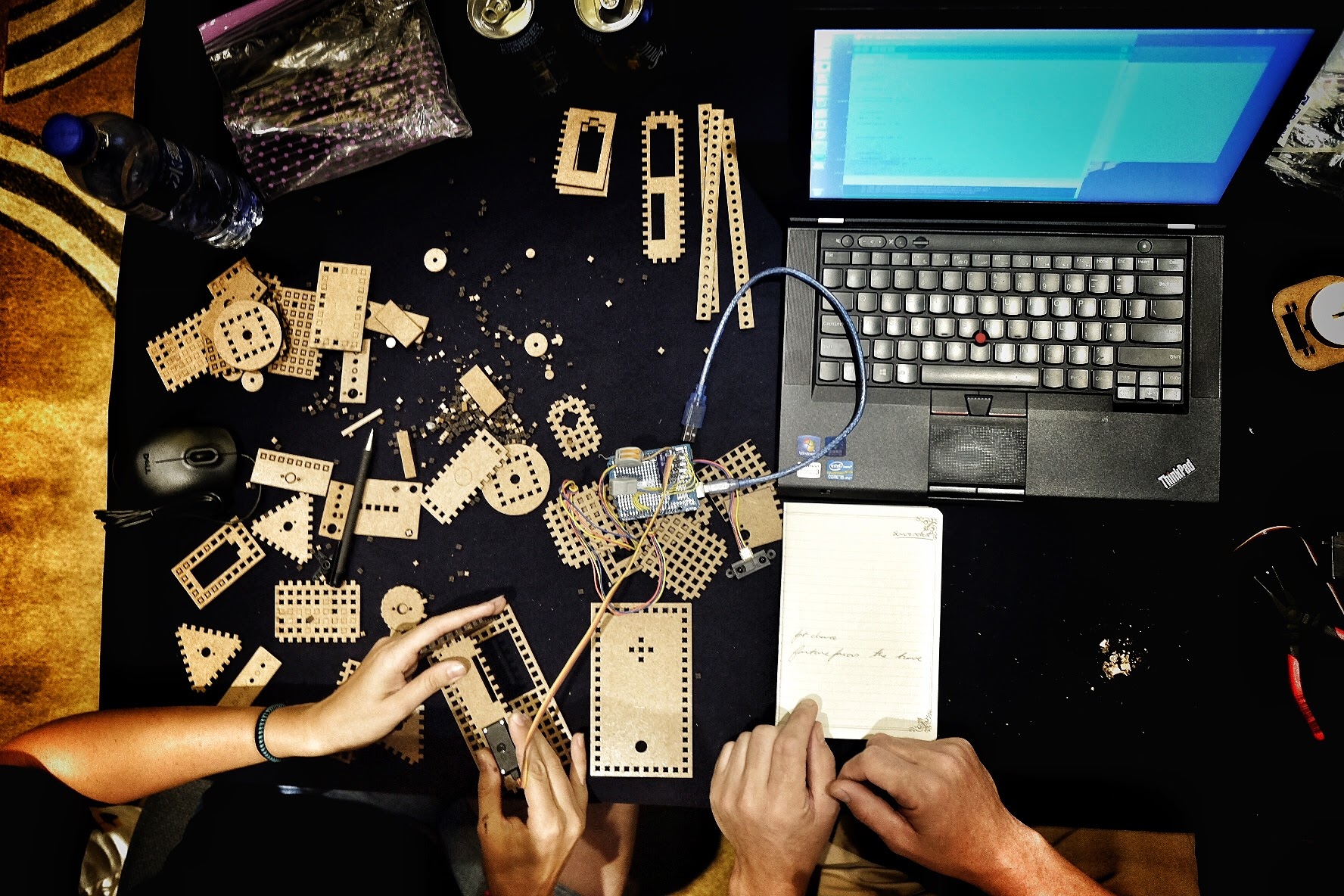 Shenzhen is one big nerd gasm. Skyriser after skyriser with electronic components. All kinds of components, gadgets etc. Further it is an organic nest of prototypers and fabricators. It is not “one factory does one product”, but an organic nest where many stakeholders contributes to a product. This is also why you find so many different versions of a product on ebay because it is a tree like structure. One makes the pcb, 3 other makes the firmware in different version, 10 others makes different casings and 30 other are doing branding a packaging. It is simply impossible to define the specific producer of a certain product. Instead you just have to see it as a network of busy little bees. Through this structure nobody wins the lottery and everyone has limited liability. They are therefore extremely agile and able to experiment with products in an extremely rapid pace. If somebody comes up with a good idea or they see a good kickstarter project they can produce it in a distributed manner through multiple production facilities in a really short time. If it becomes a success everyone wins a little if it fails the loss is not greater than they can move on to the next product.

We were surprised of the honorability of the people here. They all took great pride and care in their products. When buying something for a few dollars it would not be abnormal to see them test the product and put on warranties to make sure everything was okay. They were not barters but entrepreneurs with passion - with varied talent for making good products. 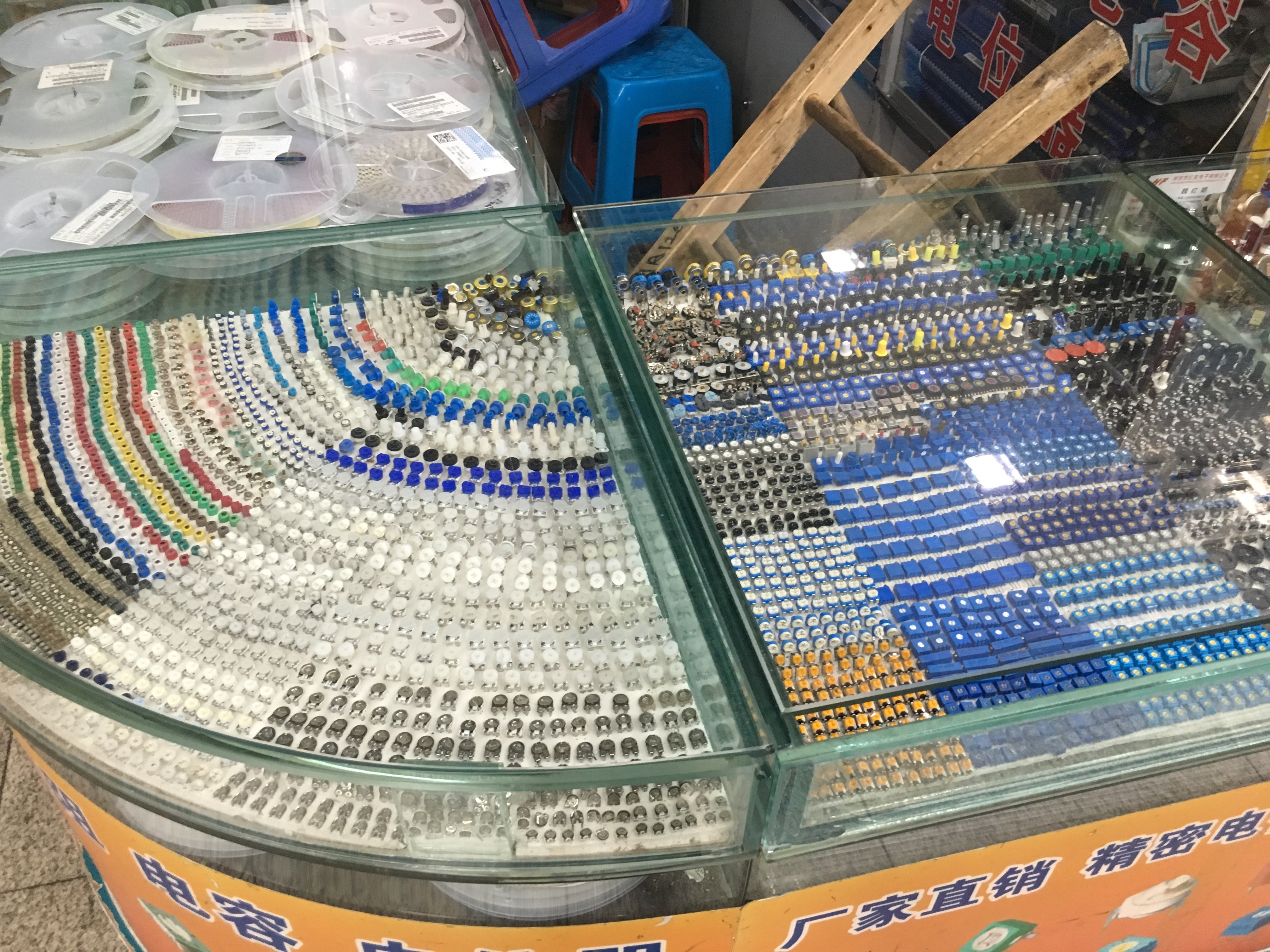 Each stand in the market represented a factory. You could literally walk up to them and tell them to produce 1000 pieces of something - probably also with your personal logo on it. It seems like this is the year 2k version of a pirate bay turning legit. What started out as a copy-cat-pirate city is now a creative city inventing their own products and selling them all over the world. They still have the non-patent-open-source logic in which they see no problem of copying each other's products and making new iteration. To some extend they are the embodiment of the maker movement on the entrepreneur side. 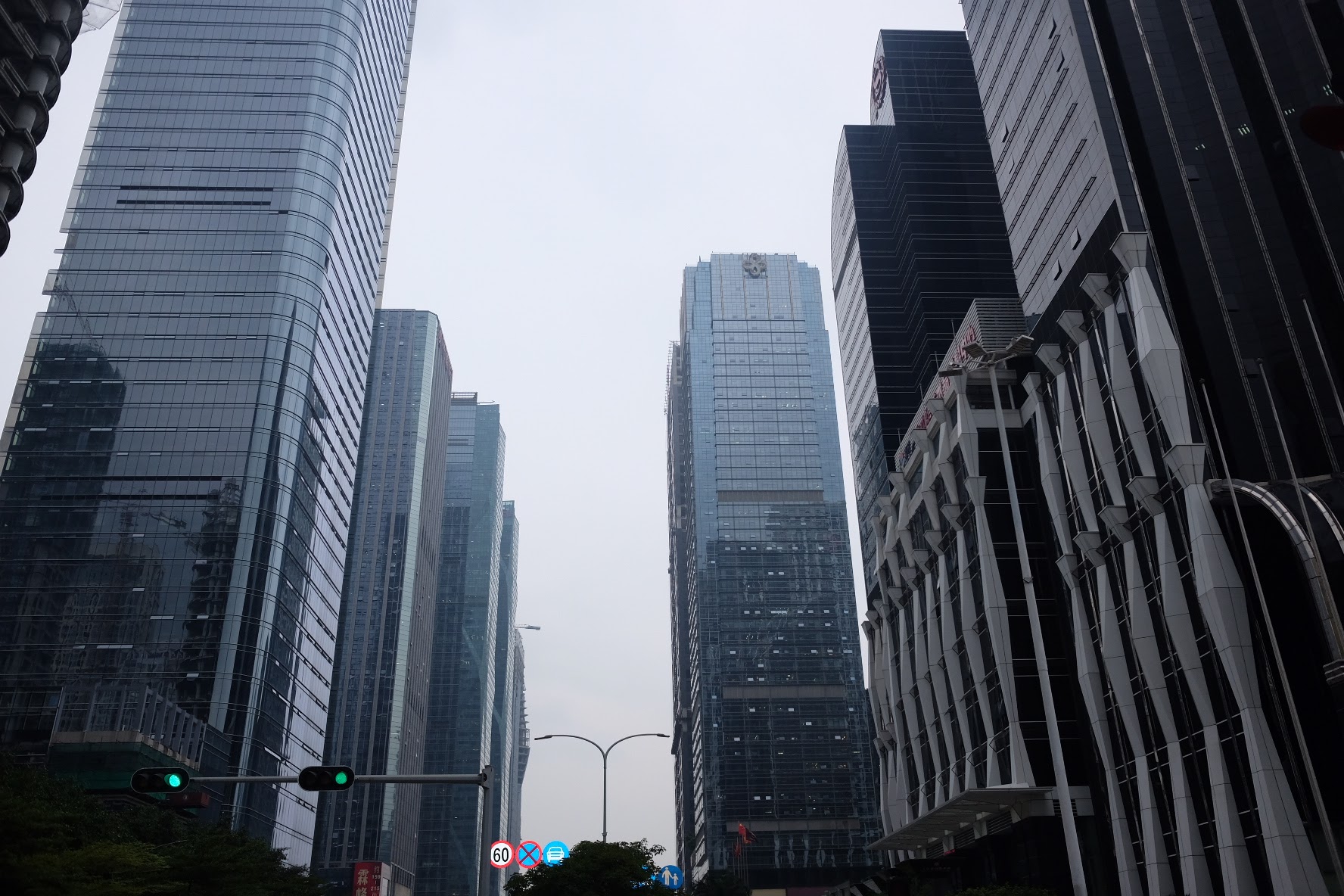 There are multiple possibilities to produce and prototype with Shenzhen factories and we have gotten a few contacts to start out the conversation. I believe it would be best to stay open-source since we should expect our ideas to be copied and modified quickly - if they are any good. 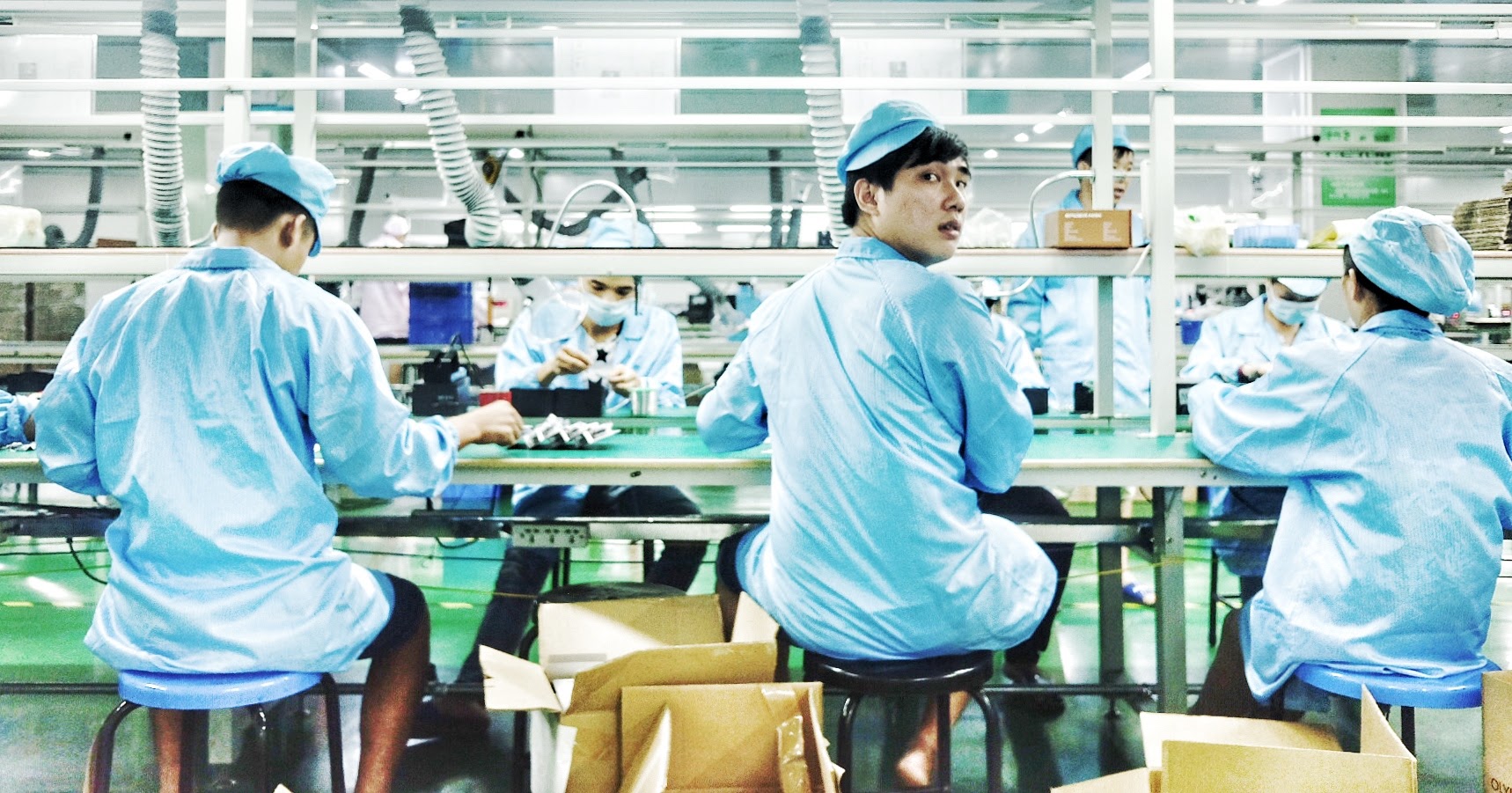 An overview of the markets and the different shops can be found here: 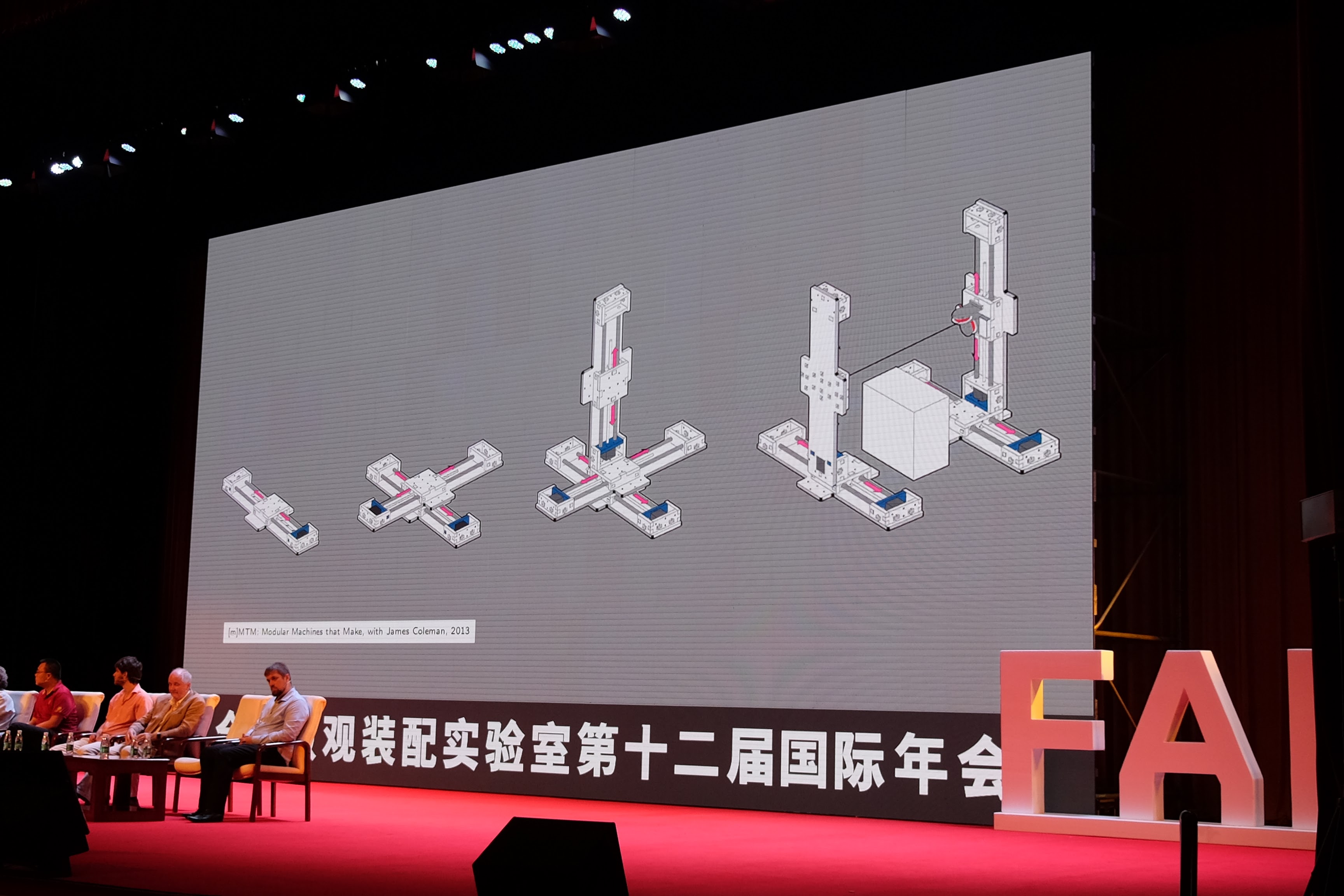 The theme of the conference was Fablab 2.0, fablabs making fablabs. Much in the spirit of RepRap Fab 2.0 focusses on enabling existing FabLabs to create the equipment needed for emerging labs.

On some level this vision is enticing. On another level it also seems to be a Reprap 2.0. Where each machine is a worse copy of the other. The answer probably lies in the pragmatism of a highly modular axis construction system which is factory produced to keep the prices low and the quality high. Further the concept is blinded by the falling cost of machinery. In the future one can buy standard laser cutters, 3D printers and milling machines for nothing - much the same way as one can buy laser printers and inkjet printers today. Throughout the conference focus was much on making open-source version of existing machinery instead of inventing new ones. The modular design will, however allow for rapid prototyping of new machinery. It is our impression that our paper and the work we do at the fablab does have a big role in the sense of trying to rethink rapid prototyping and enabling new designs instead of making yet-another abs 3D printer.

Thus, we positioned ourselves critical towards this. We believe that inexpensive, high quality, equipment is becoming much more affordable. We argued that the resources going into making standard fab equipment and practices are better spent developing completely new tech.