Performing the individualizing and competitive culture of modern society 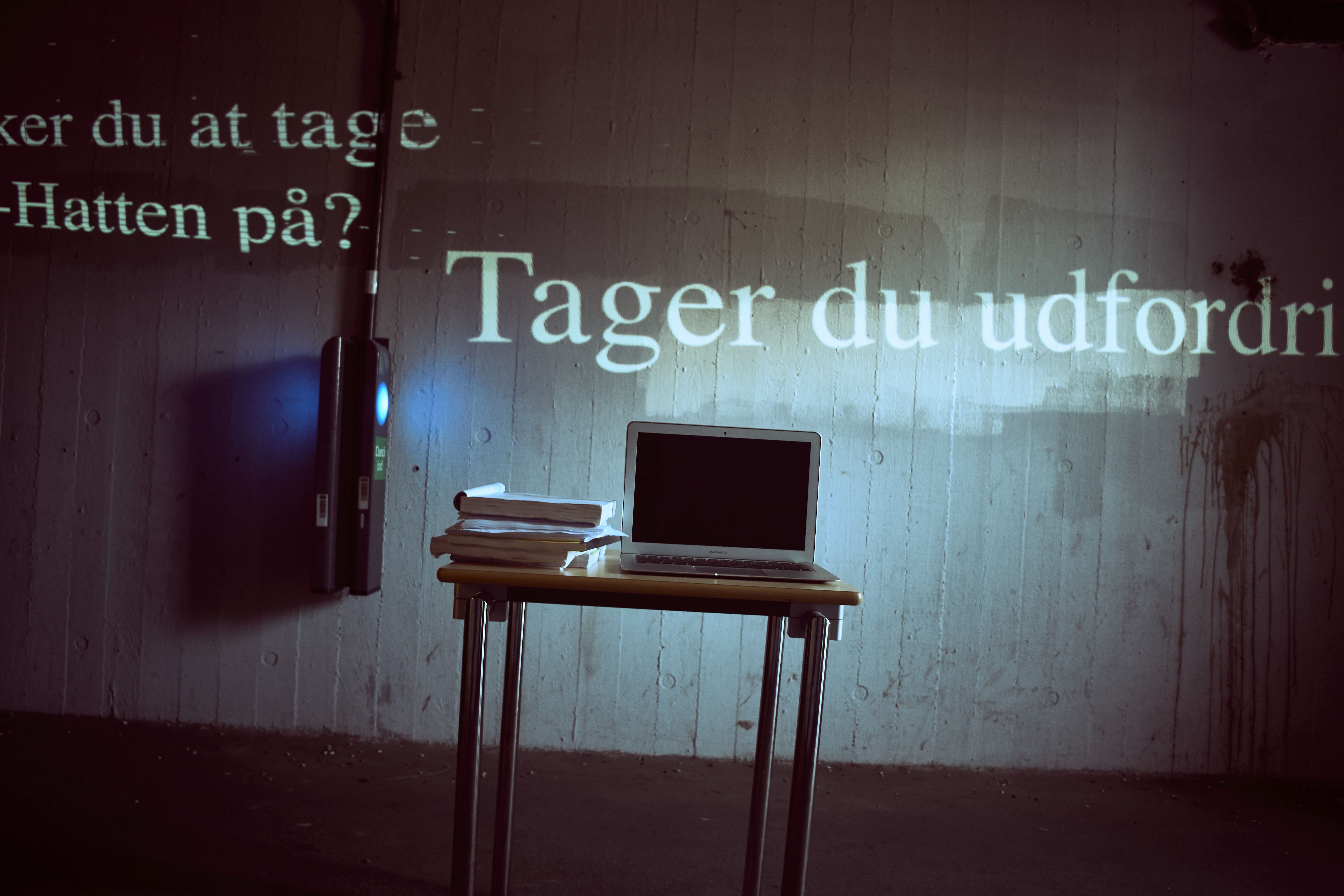 As an individual in modern society one must deal with the rising demands of adaptability, competitiveness and continuing development of self and ones unique abilities. With this in mind Rasmus Willig, lector at Roskilde University, argues that individuals in modern society lack the ability to unfold extrovert critic. In his book “Kritikkens U-vending” (2013), he describes the self critical individual of society who attends to trendy new aids (e.g. coaching, therapy, fitness) to cope with, and stand fast in, what Zygmunt Bauman calls, the ‘liquid modernity’ (2000) - a society of constant development with no solid ground for the individual to stand fast on. 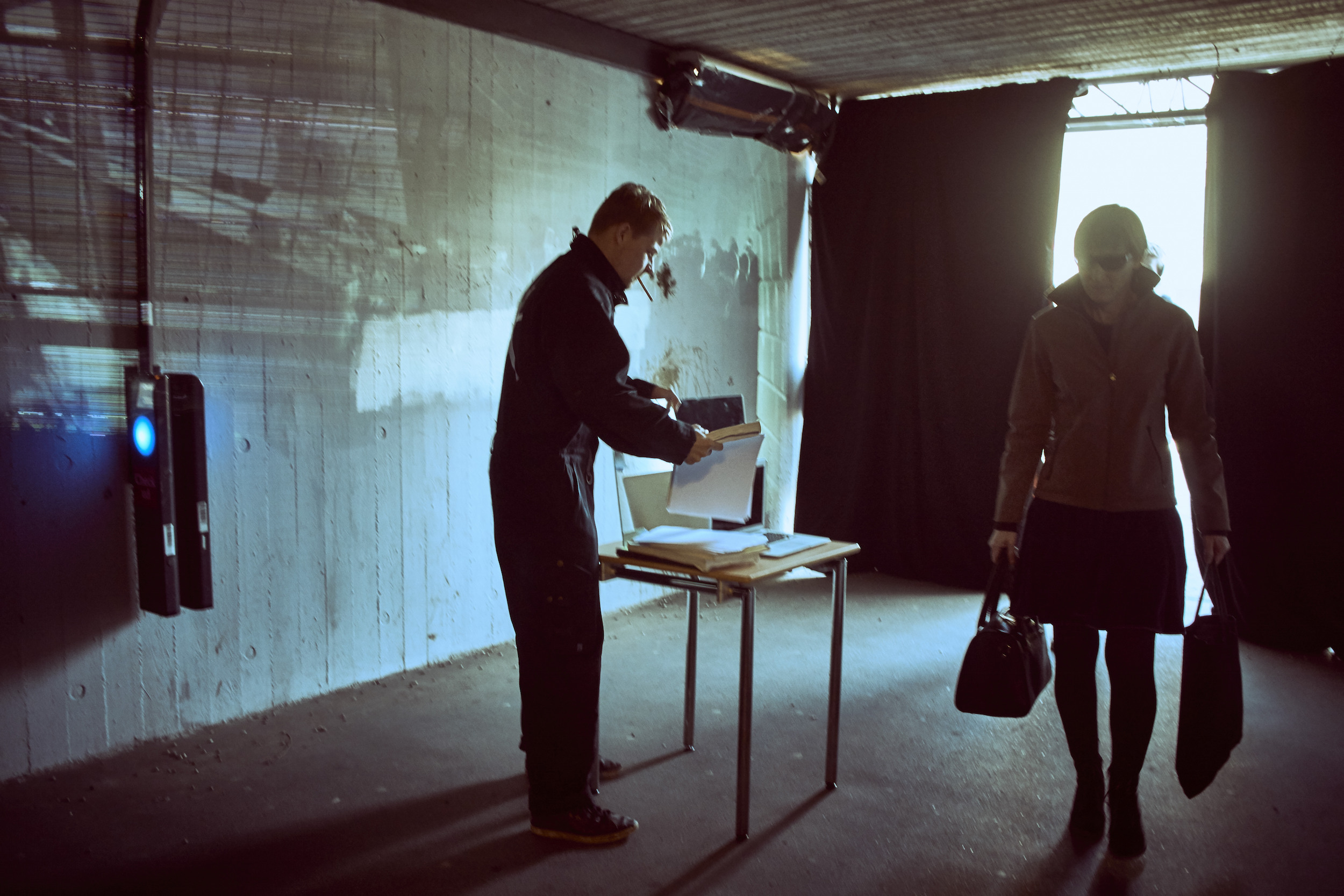 With this in mind, four students at Roskilde University, have tried to embed the rising demands of efficiency, competitiveness and adaptability in a performance affecting the students arriving at Roskilde University. Inspired by the rhetoric of “Fremdriftsreformen” which will enter into force by the government of Denmark summer 2015, the performance group found a more direct link between a society based on individual competition and effectivity and the reality of being a student in Denmark. The reform is meant to, among other things, hurry the students through their education, so that they can enter the working society as quickly a possible, and contribute to the economic growth, as well as the international competition for knowledge creation.
With the usage of performative elements, meant to affect the students interpersonal and intrepersonal experience, and mediate the underlying structures of policies affecting their education in a physical design, the installation tried to confront the students here and now. By materializing an exaggerated atmosphere of dystopia, the group behind the installation wished to promote, provoke and facilitate space for extrovert critic. 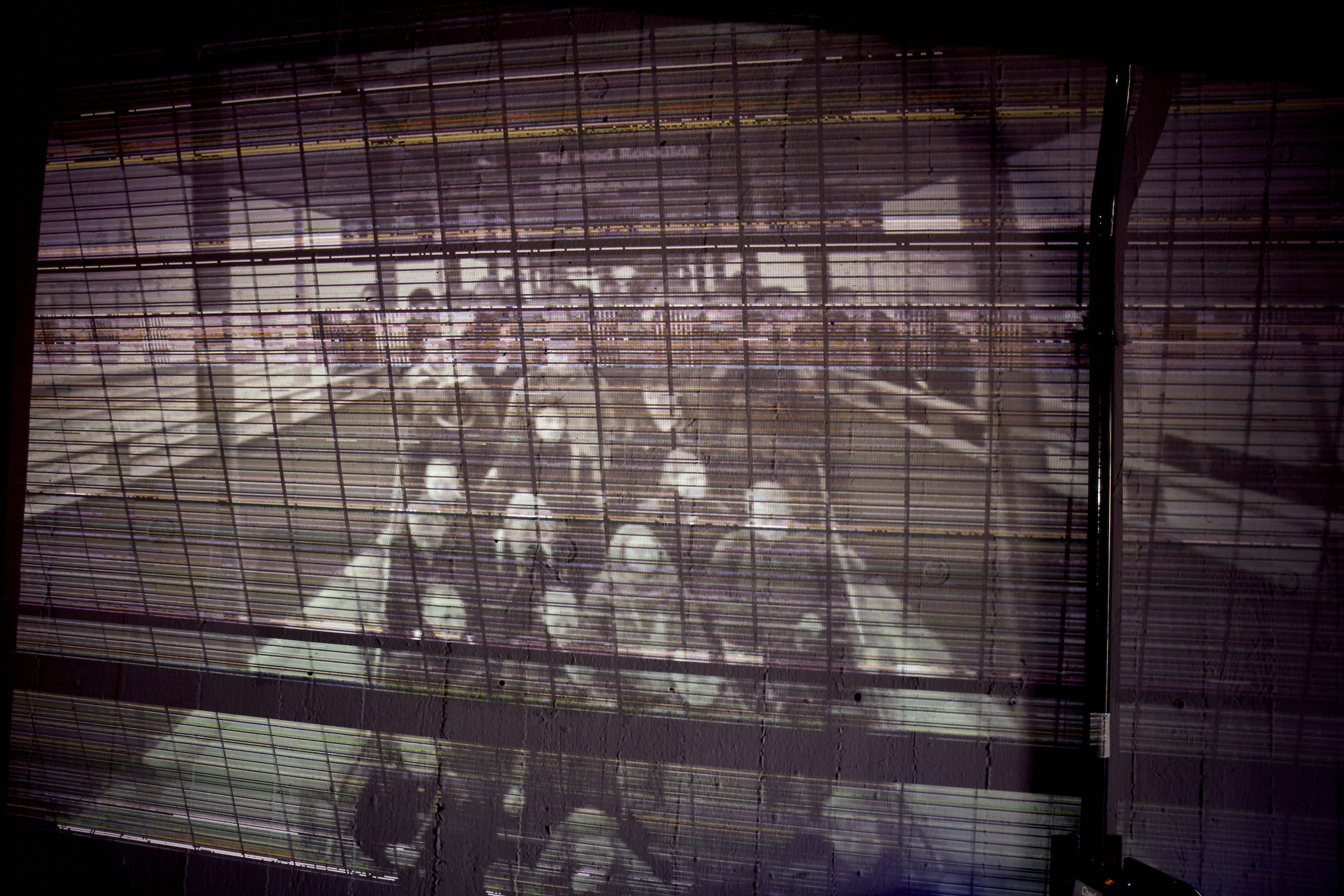 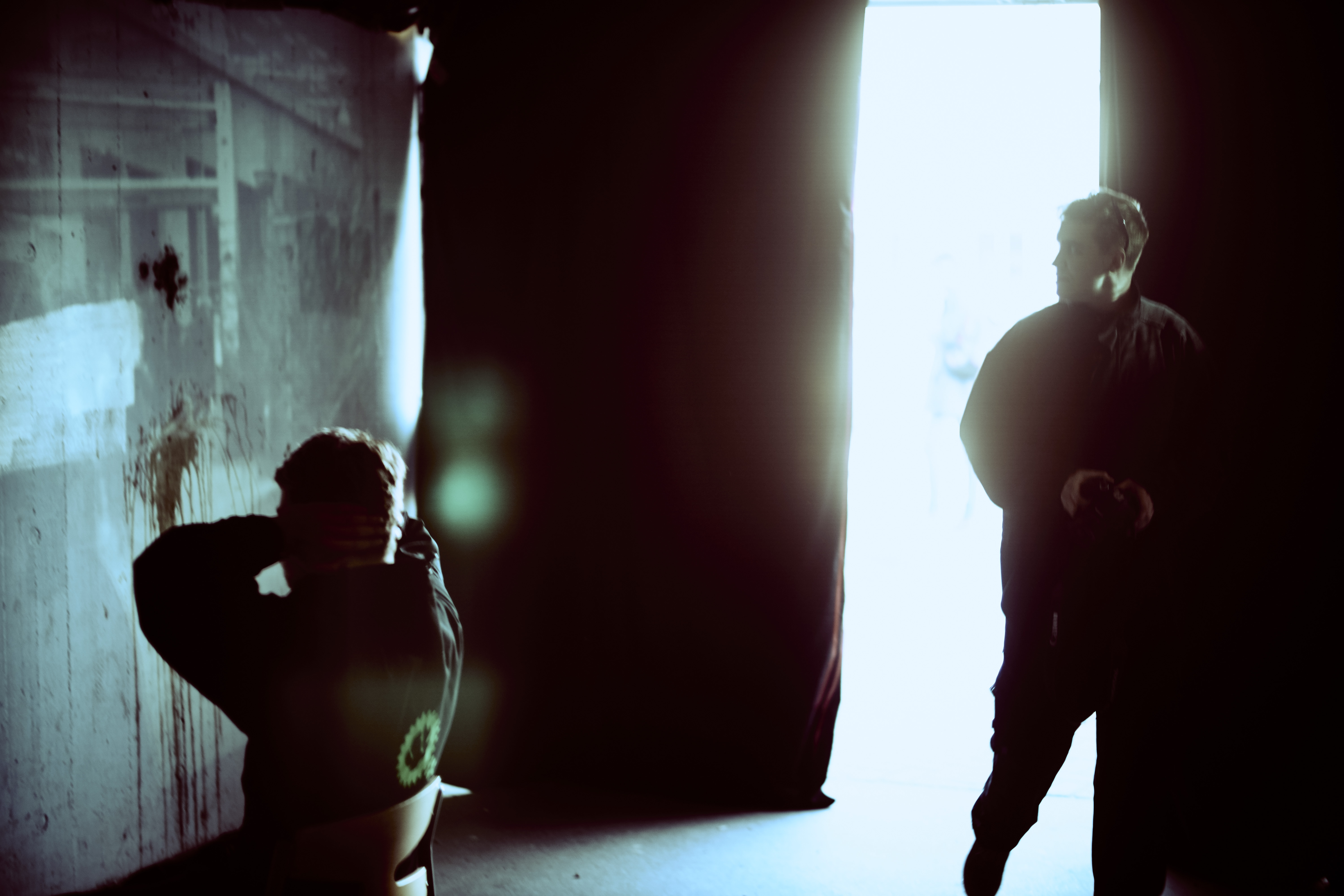