Sometimes even very expensive and well build equipment breaks. This recently happened to researcher Biljana Mojsoska, a chemist at Roskilde University. She was working with nano sheets, an anti-bacterial coating for medical surfaces, as her machine stopped working.

The fact that such equipment can be so expensive to replace or repair triggered Jakub Klust and Bo Thorning at Fablab RUC. Could they build a machine with the same functionalities, using the equipment available at FabLab RUC? Would it be possible to build a much cheaper and easier to fix version of Biljana Mojsoska machine?

Using Rapid Prototyping as a method and the tools and technologies they have at hand at FabLab RUC they accomplished to build a machine that delivers the same result as the broken and expensive one. 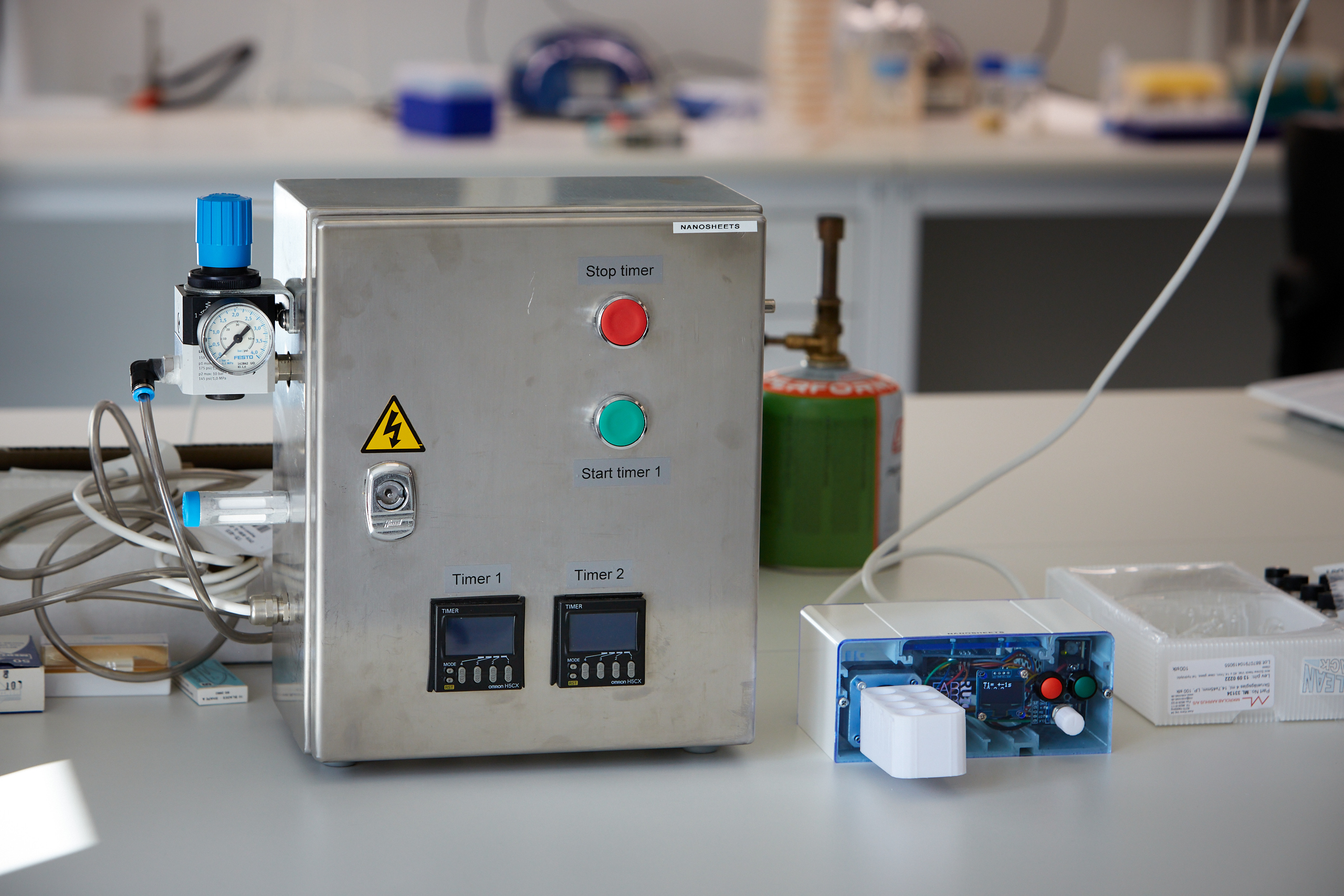 First step: 3D-printing vial holders that can fixate the vial while rotating. Some experiments broke because they were too fragile while others made the vials get stuck in the holder. 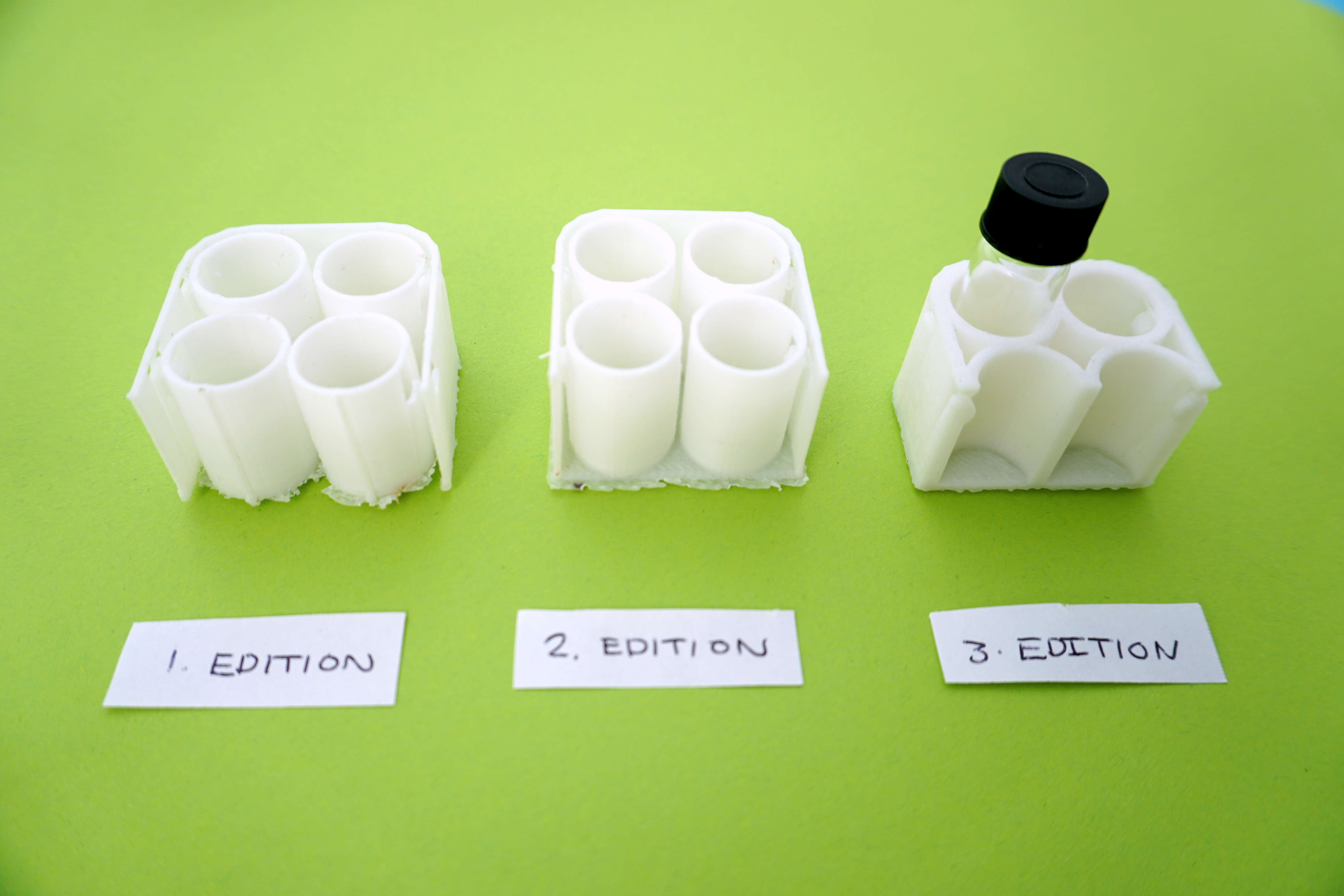 Second step: Programming a new user interface on a small OLED screen, where speed and timing for the cycle easily can be adjusted with an encoder. 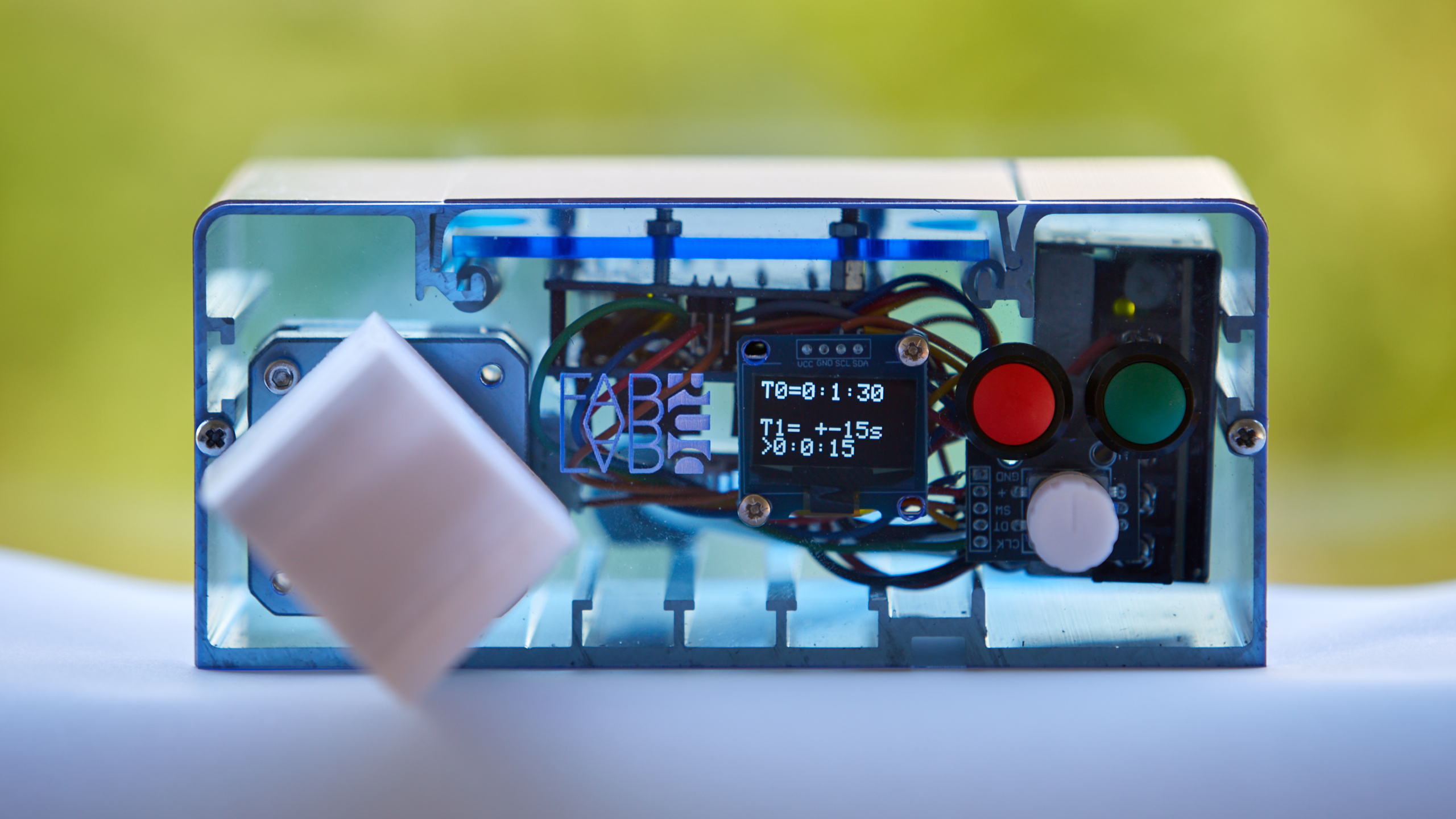 This small simple machine came into the world in a matter of hours. The first prototype was sent away to Biljana Mojsoska and returned with feedback stating that vibrations caused the nano sheets to break by the end of the machine cycles.

In the second iteration, a lot of different experiments were made to try to stop the vibration. Finally, a geared servo motor caused the vibrations to be unnoticeable. 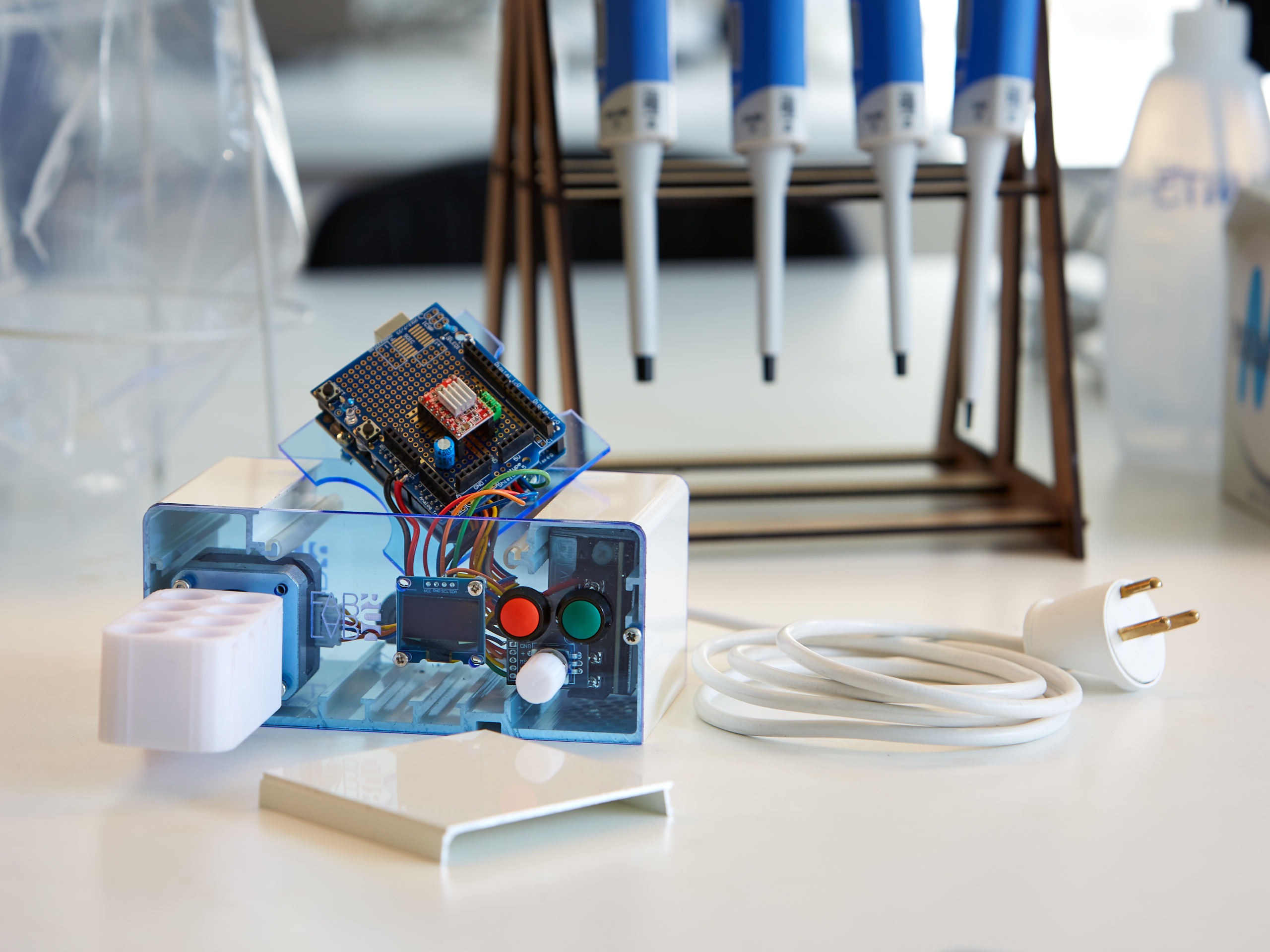 The new design was sent away for testing and only a happy message came back from Biljana Mojsoska: It was working as expected!
This good feedback was accompanied by this picture of the freshly made nano sheets: 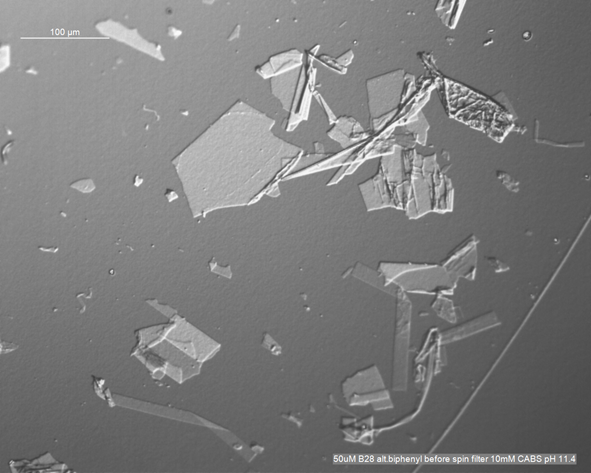 If you want to build a nano sheet machine yourself you can find the 3D files and schematics here. Github 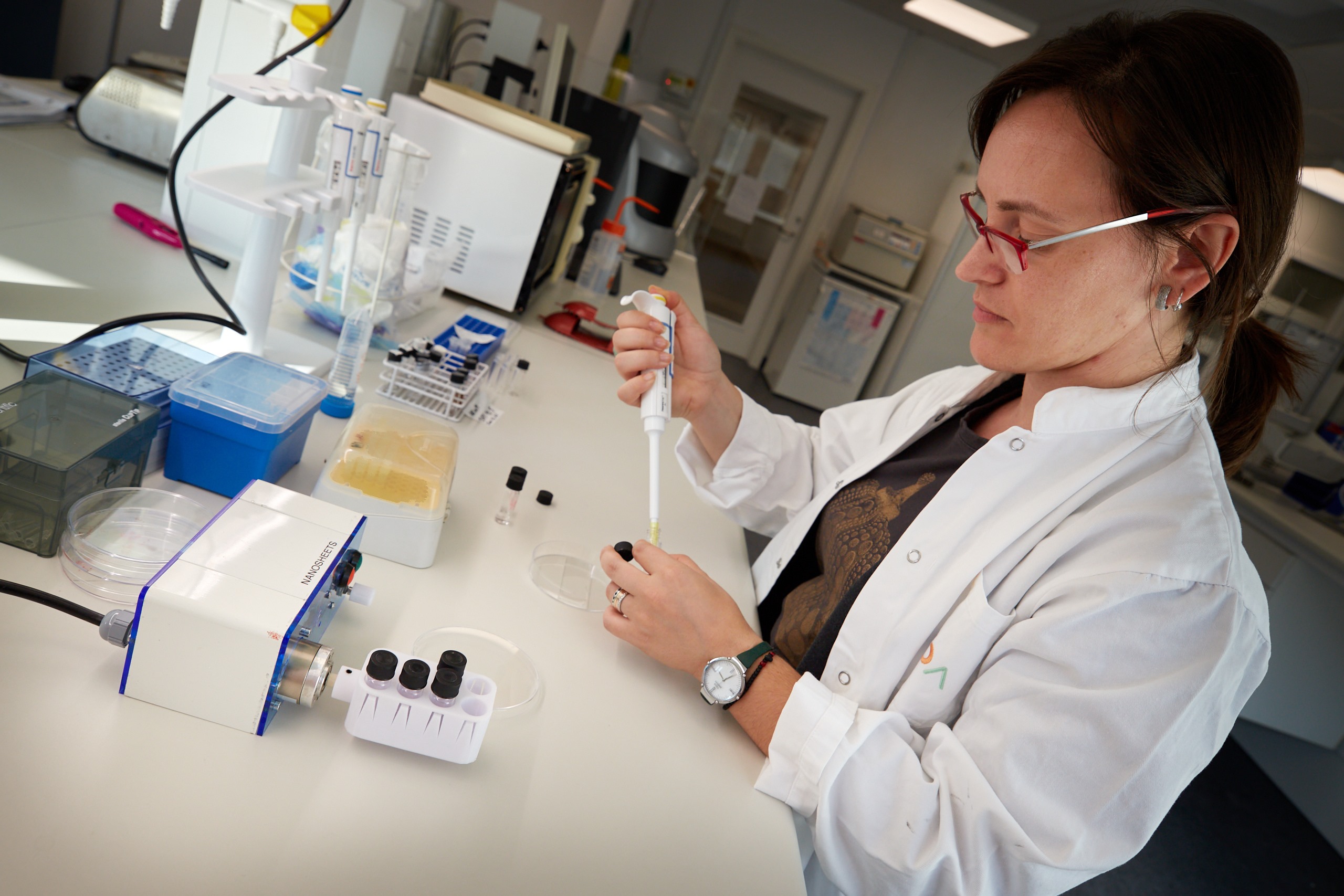 This machine is used by Mojsoska in research with peptoids and bioinspired polymers. Bioinspired polymers can be readily functionalized and thus used as coating on medical surfaces. In her lab, they synthesise peptoids that later are exposed to 3-5 days rotation cycles in the order to maximize the nano sheet production. Nano sheets are formed simply by alignment of the single peptoid chain in the water-air surface where the hydrophobic side chains are oriented in air and the hydrophilic side chains in water. When the monolayer is exposed to compression, a bilayer is formed in the interior core resulting in nano sheets which are about 3 nm thick and up to 100 micrometers long.