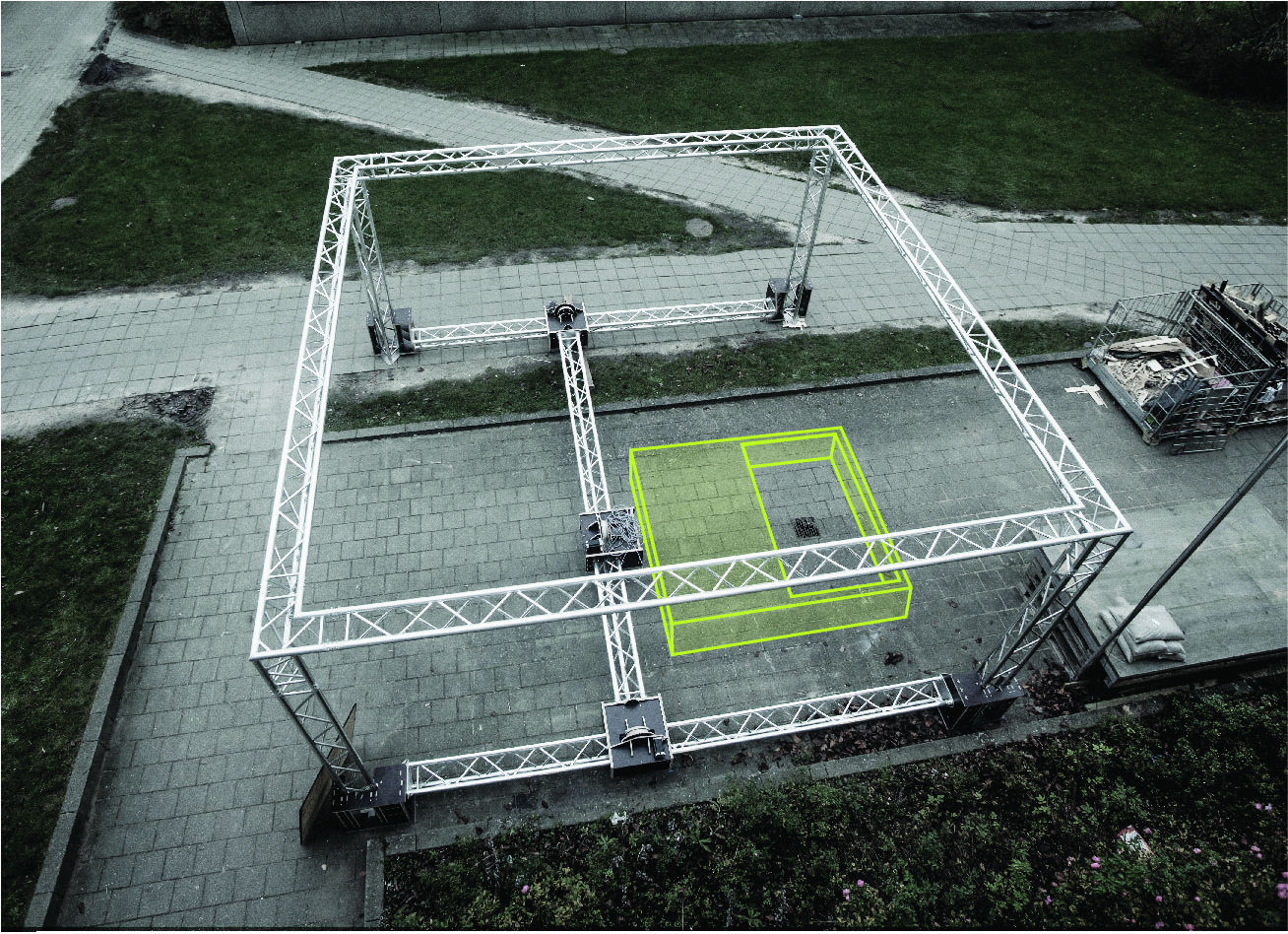 What if one could 3D print a whole house?

We explore future potentials of 3D printing houses. This is done by building a 5x5x5 meter 3D printer which uses concrete as its construction material. By actually building a 3D printer this size it is possible to try out the potential of the technology and start to a create discourse about future living conditions based on this manufacturing method. What are the aesthetic possibilities of this construction process, how does it relate to us a humans and what alternative structures can be produce?

House construction today is mostly based on prefabricated concrete parts which are combined into house constructions. Largescale 3D printing strategies may enable us to move beyond this paradigm and start construction one of a kind constructions. The last two decades 3D printing has been used to romanticize the ideals of fast, eco-friendly and custom manufacturing houses. With project Mimir we explore the feasibility of this potential. Is it a romantic dream of the future or is it actually feassible to 3D print constructions this size?

We are now at a crossroad wherein large scale 3D printing has to prove itself as a construction technique with new potentials. Many people have contemplated on its potential. Among many things the following are the ideas that one hope to unleash:

From computer generated design to a physical form

Computer(ized) Numerical(ly) Control(led) systems like a 3D printer enables us to computationally generate rather intricate constructions and convert them into physical form. E.g. the rather complex beehive pattern below does not have a repeatable pattern, but can be a combination of unique shapes which results i a square. When 3D printed this could be turned into a lightweight custom structure like a wall element: 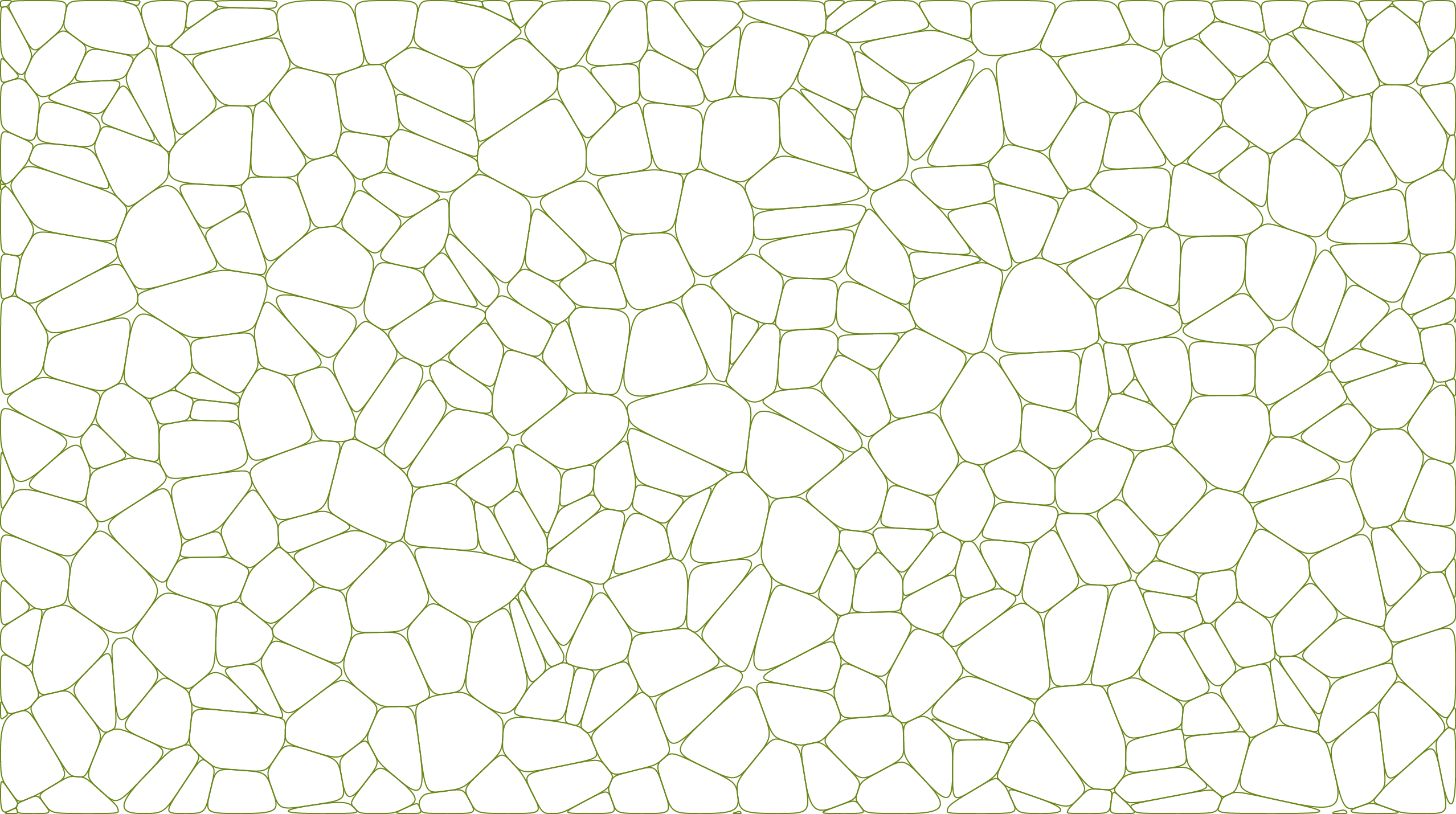 The above beehive like structure has been 3D printed on a small 3D printer in PLA material and will be printed in concrete over the next months. 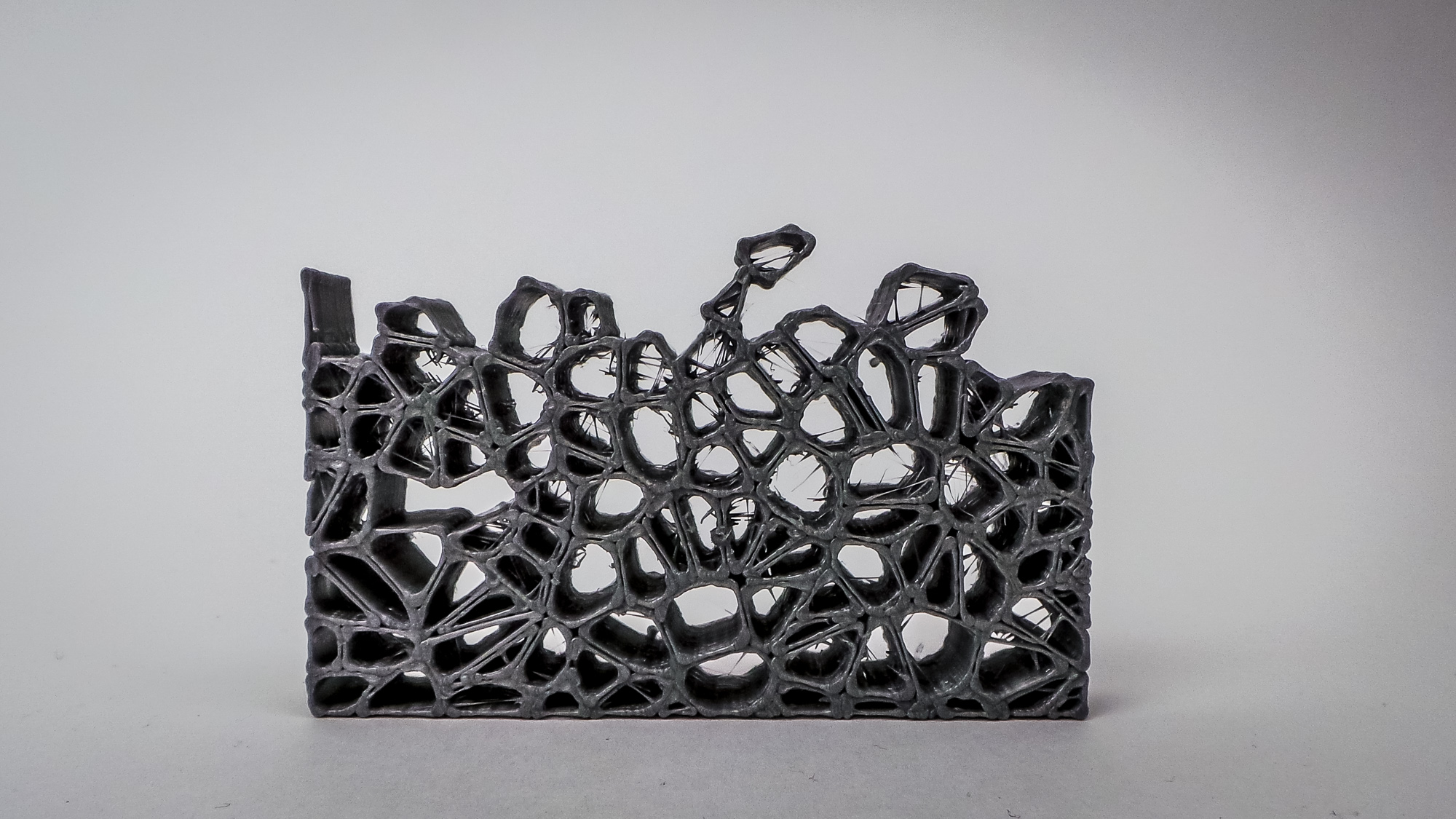 When printed in concrete it can become elements of a larger house:

Few experiments with this type of 3D printing har already been conducted for various construction porpuses around the world. None of the projects have yet to produce feasible outside-the-lab results. By building our own 3D printer we seek to contribute to this design experimentation. 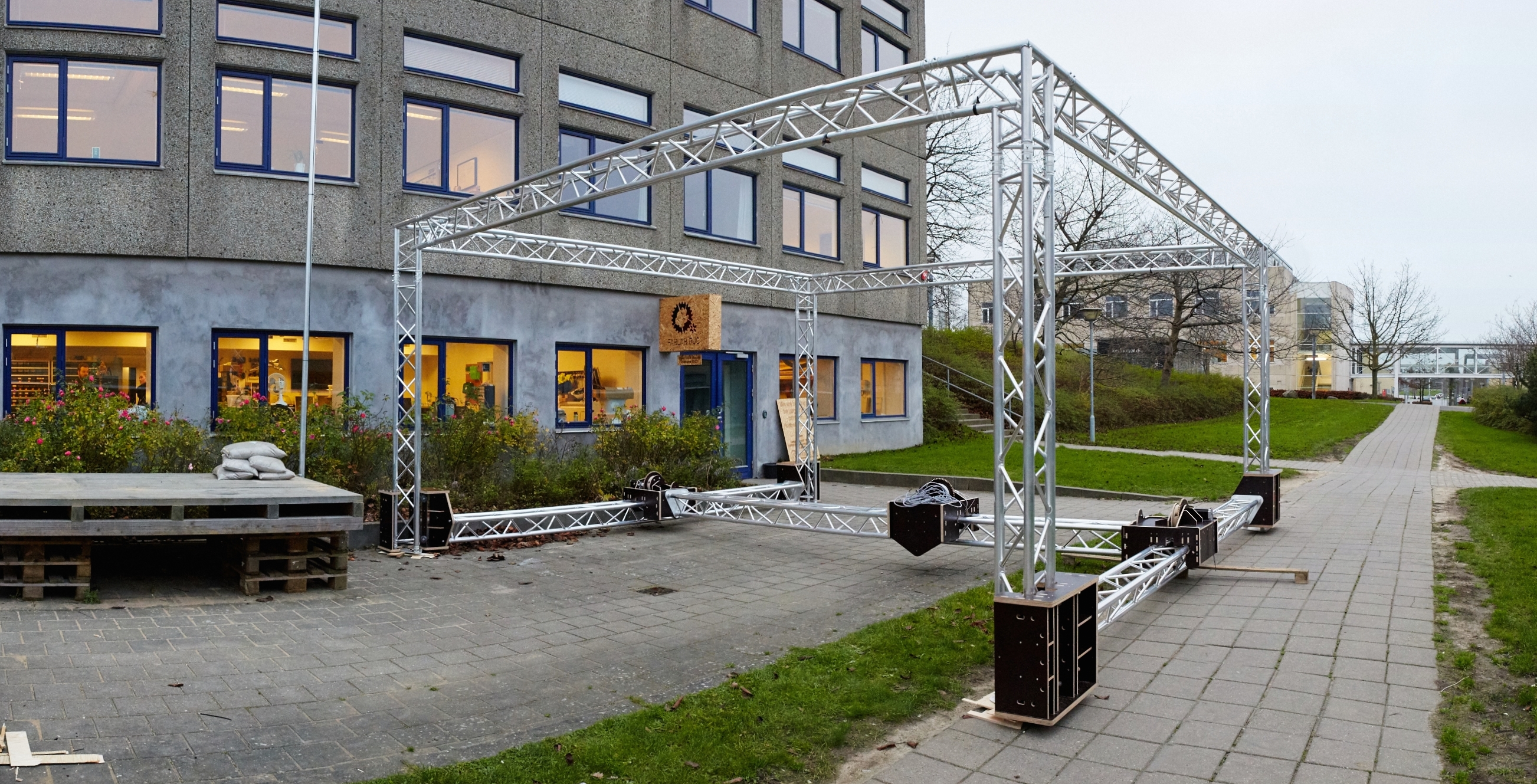 First and foremost we believe that it is neccessary to have our own working 3D printer to be able to explore the potential of them. Further we believe that it is outmust important to put the Nordic reqion with it long line af architectural work in front of this new wave of construction technology.

The idea of creating the first nordic large-scale 3D printer came to be in October. Within 3 months a budget of merely 75.000 Dkk the first prototype was made. As Nicolas Padfield (leader of Fablab Ruc) points out:

This rapid and cheap manufacturing enables Roskilde University and Fablab RUC to try out and experiment with large concrete construction experiments and gives us the ability to iterate with multiple solutions to the problems.

Everything will be open-source

In the spirit of the maker movement and the fablab charter all the diagrams and the material list will be open sourced for other Fablabs to reproduce it. The printer itself is build with readily available fablab tools like (cnc milling) and easily available parts like stepper motors and truss used for stage lighting. This enables other fablabs and designers to build upon the work of the design.

The project extends the CNC house experiment from 2014. This project used a large scale CNC mill to mill plywood into assemble shapes for house construction.

The first concrete element has been produced from the machinery: 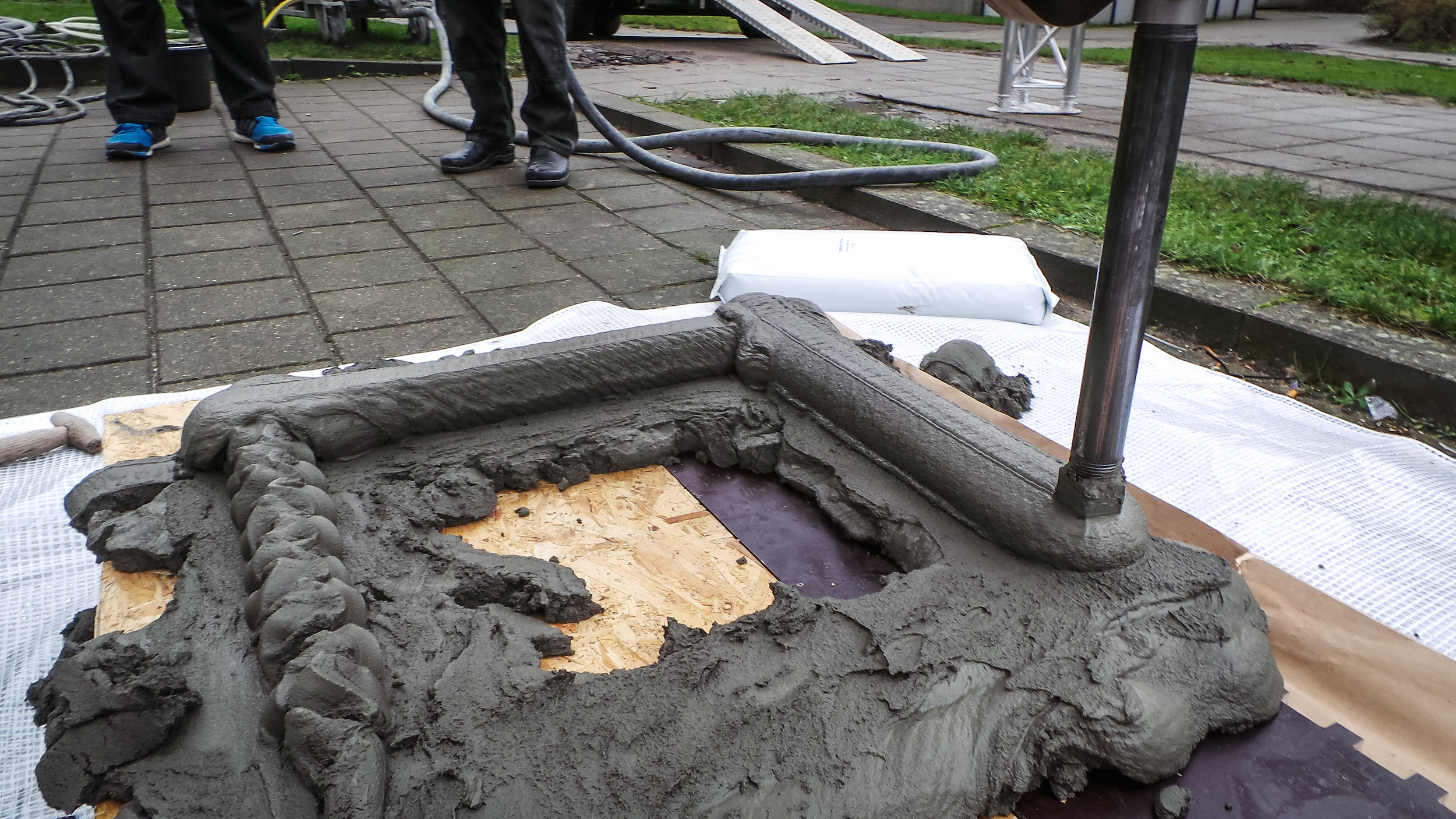 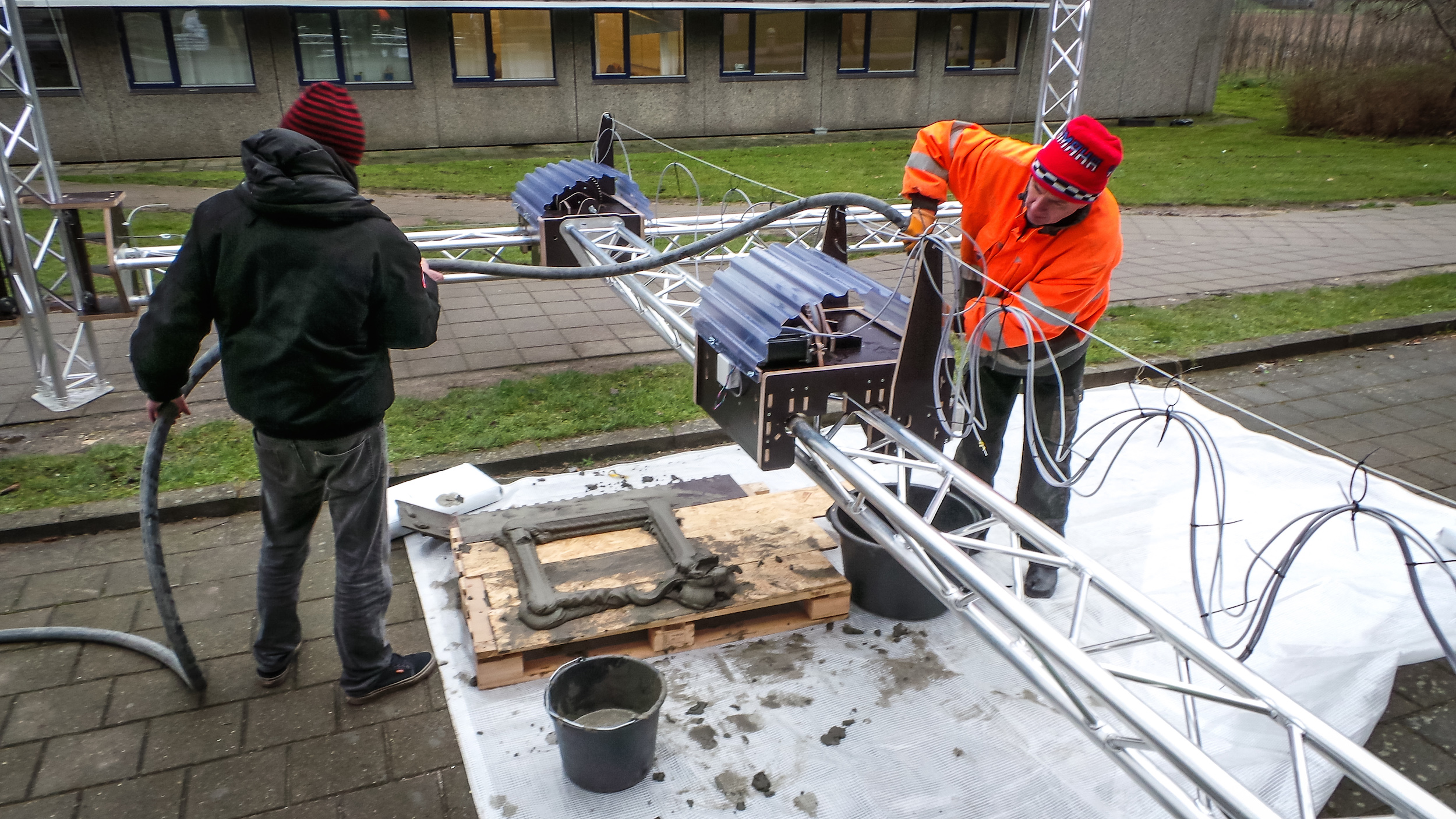 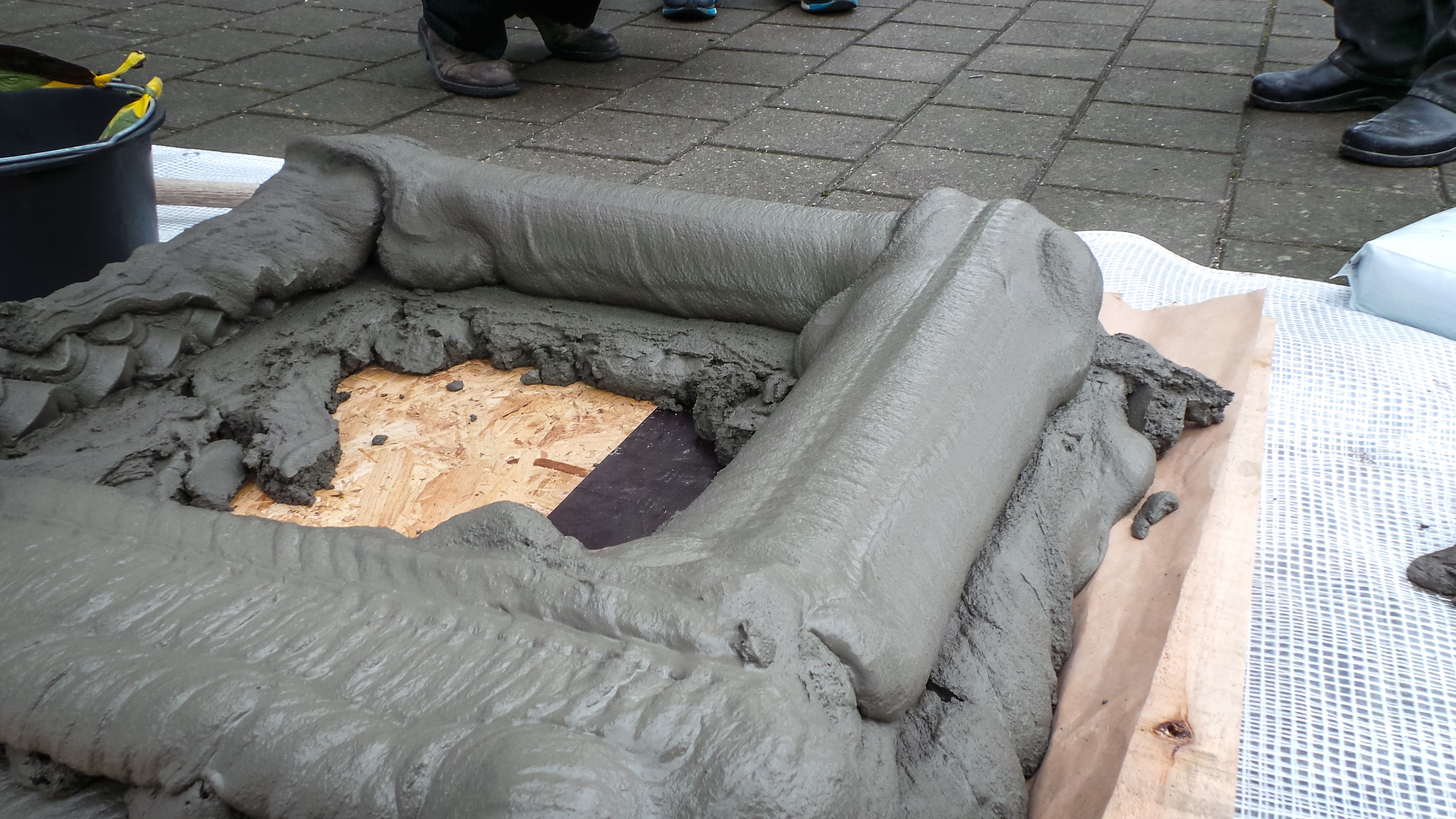