How to make a kinetic lamp

This tutorial shows how to make a lamp kinetic lamp that can serve as sophisticated decoration and as a mood light.

There will be the need for two microcontrollers, one for LEDs and one for motors.

Part 1: The Case and the LEDs

The first part of making the lamp is making the backplate where the LEDs, servos and MCU and plastic cover will be put on. This is all assembled together with a wooden frame that is either handcrafted or CNC cut.

The files containing the laser-cutting paths and 3mm CNC mill are found in the files folder.

On the sides there are very slim cuts so that the polypropylene or paper cover can be fitted onto the plate. 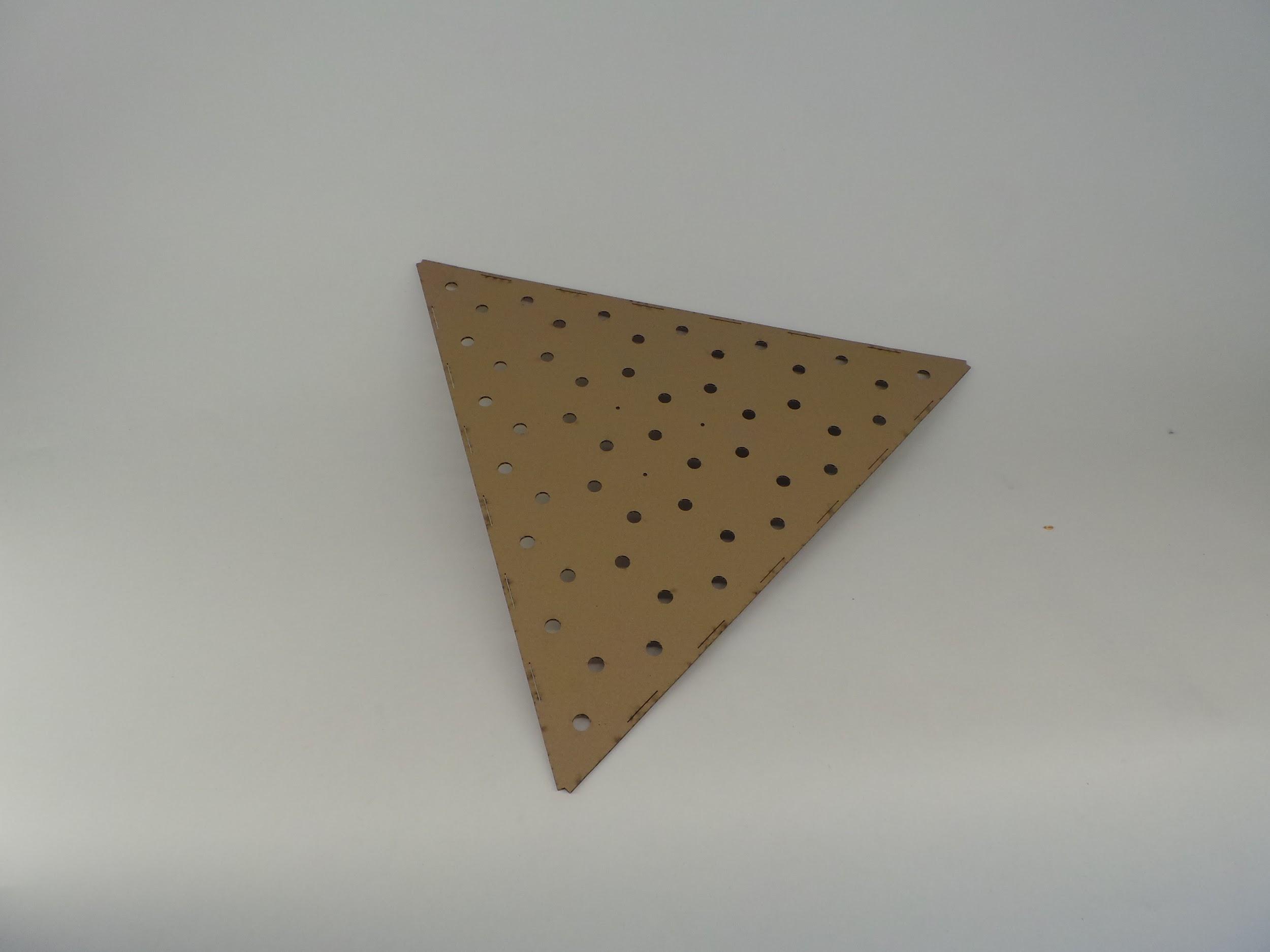 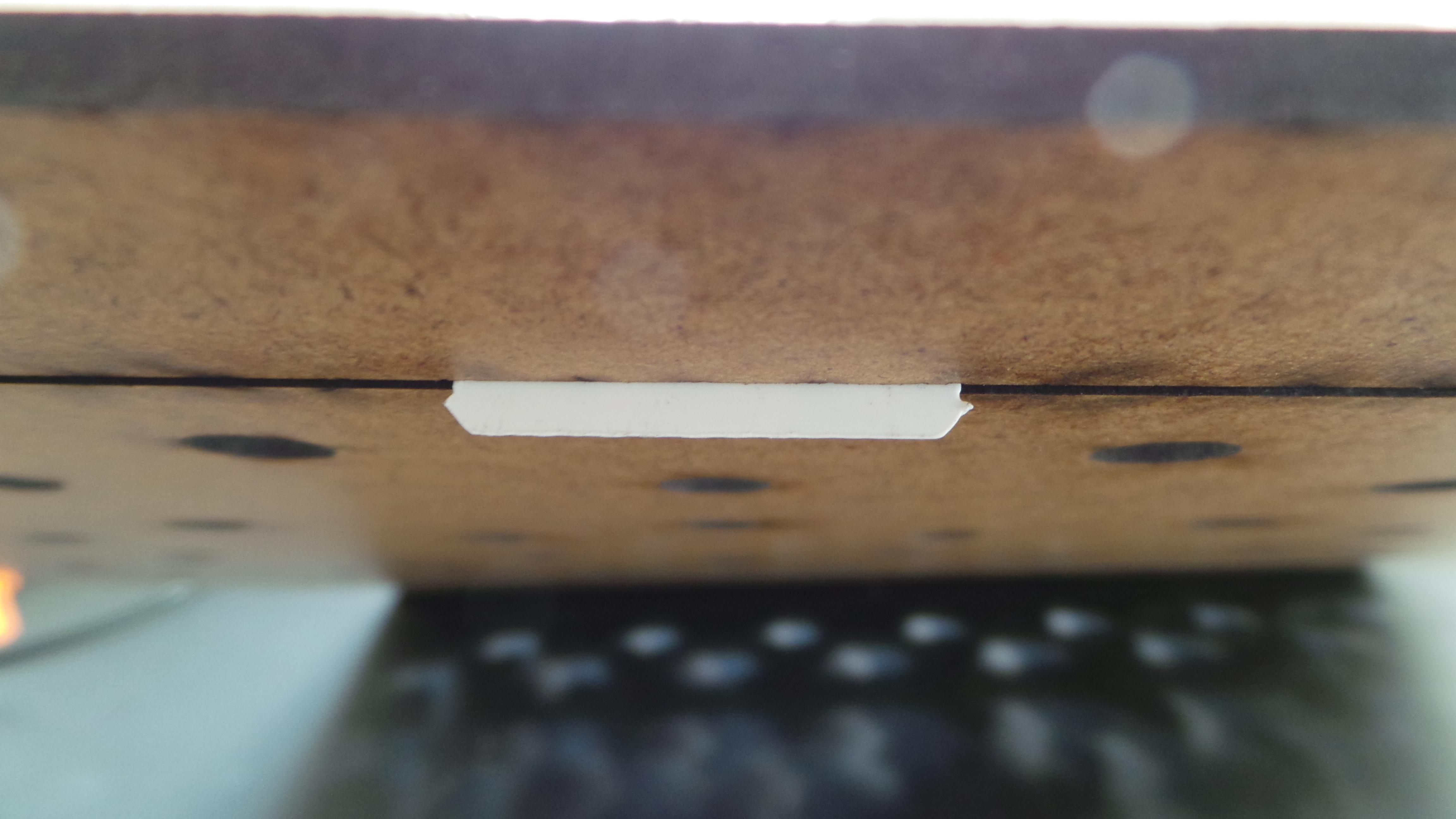 The plate is attached to the frame by screws and a piece of wood.

In order to drive the kinetic properties three servo motors are glued on the back of the LED plate.

Between the motors and the plate it’s recommended to glue a piece of foam, about 1cm thick in order to reduce the noise and vibration from the motors. 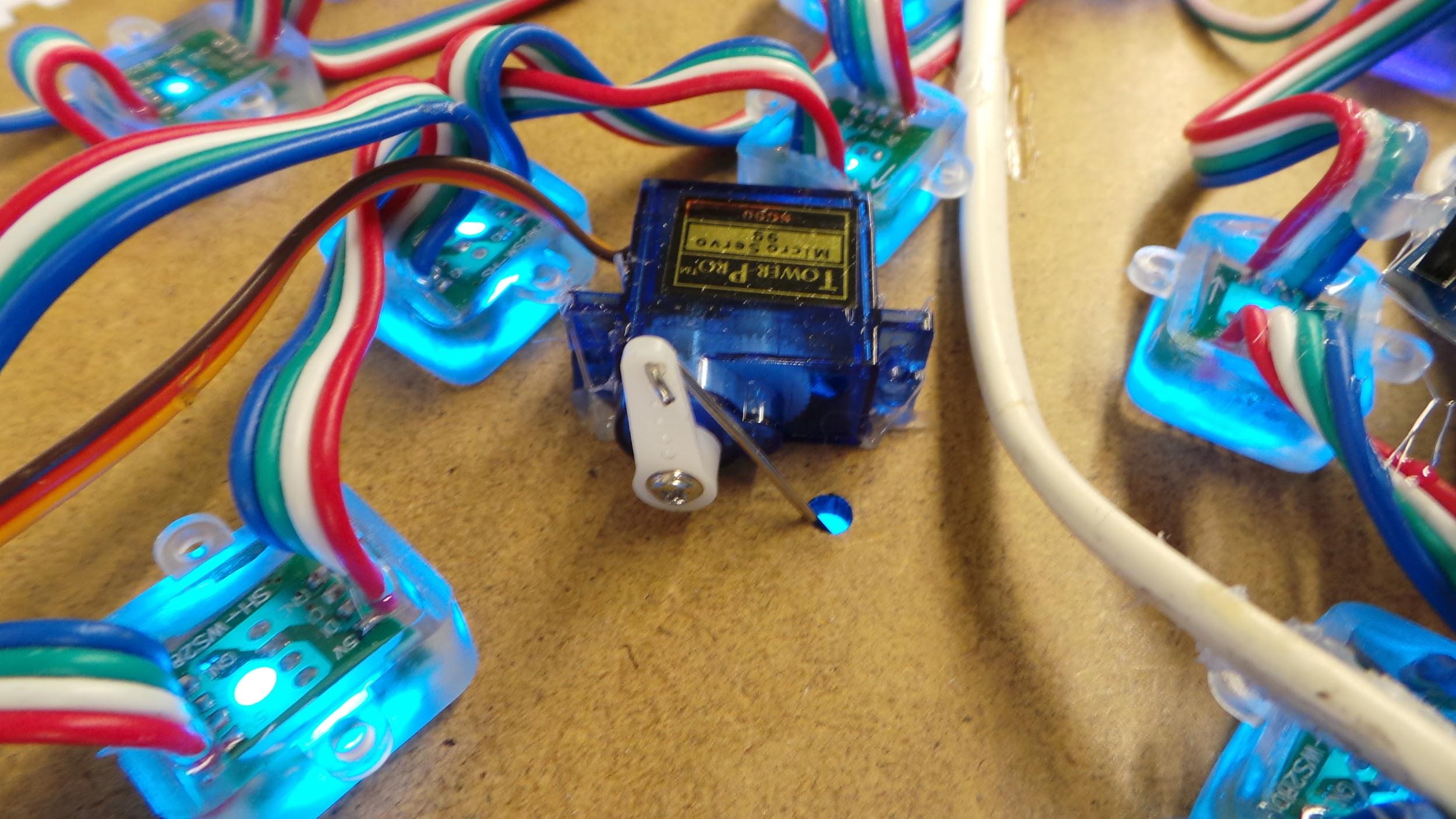 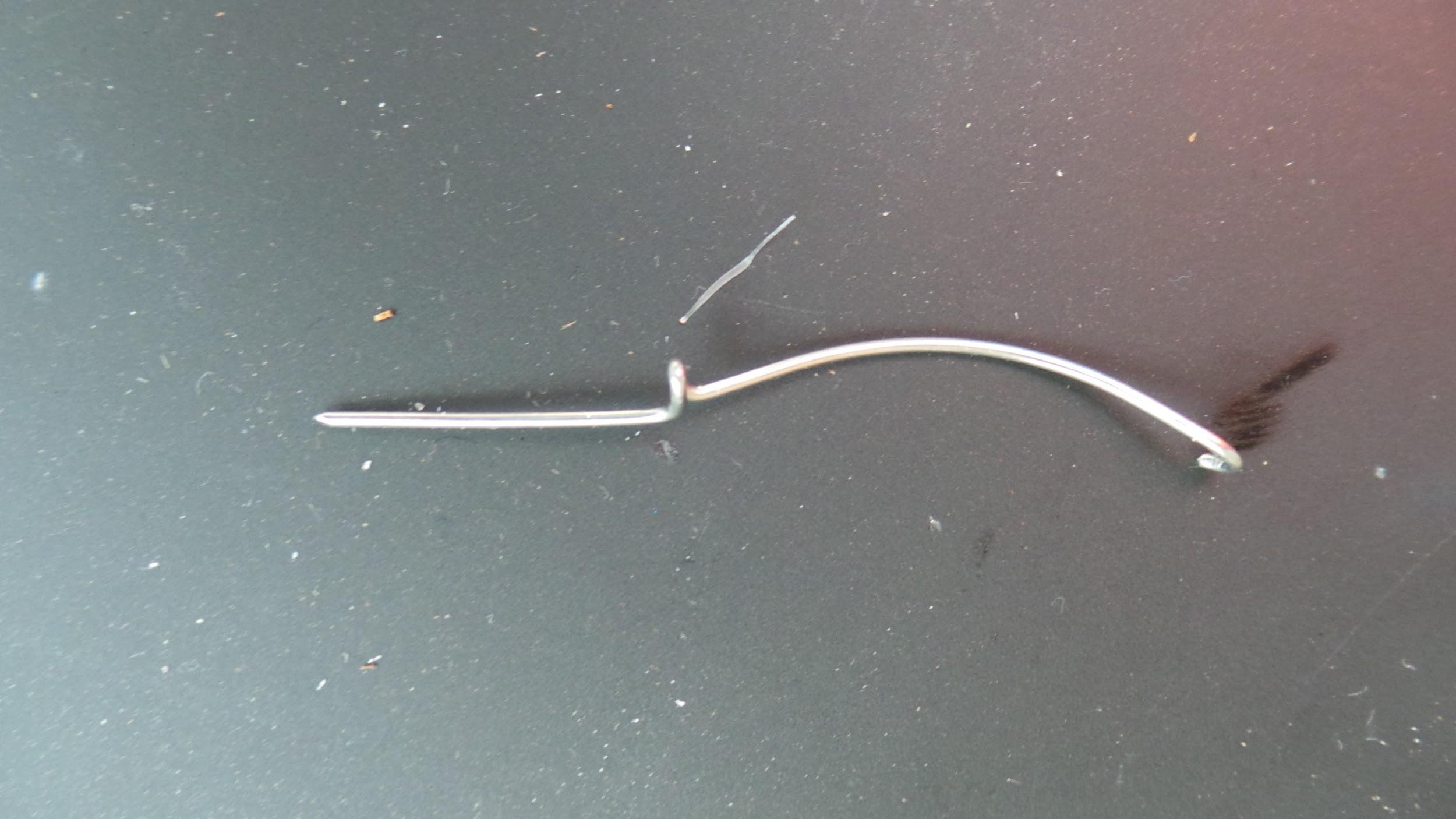 If the wire has a little bending the movement will be less circular and will allow for a relatively linear movement of the tessellation. 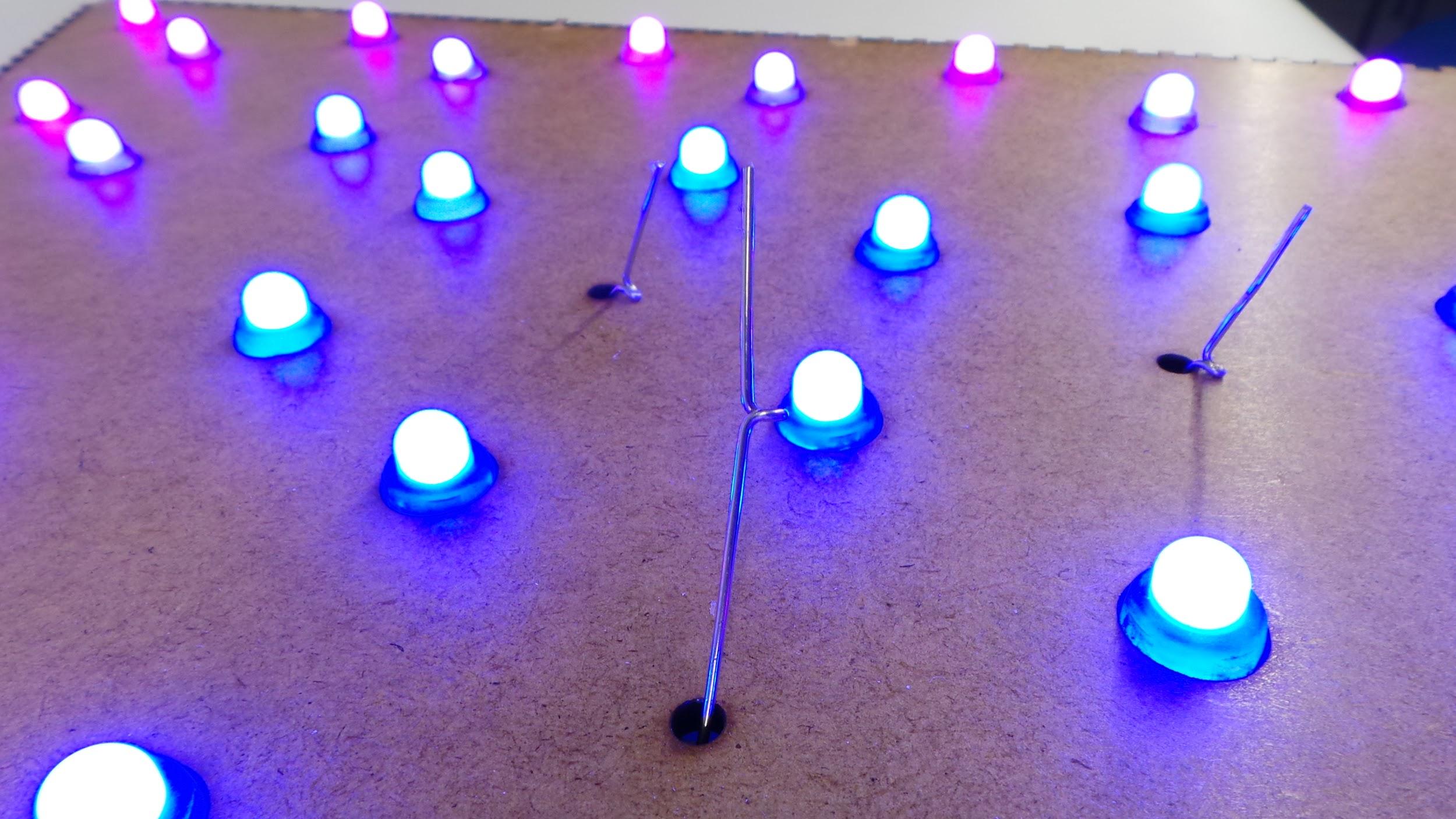 In order to make the cover one needs either white paper or white polypropylene.

The polypropylene is cut with a laser into triangles with a joining mechanism, called Polygo. The laser settings for this projects, on a 130W laser were: cutting speed 175 mm/s, max-power 45%, min-power 25%. They can also be ordered from www.polygo.cc . The design is released under a Creative Commons license, meaning that anytime you design something with these we’d love if you share the designs and give the appropriate credit . https://creativecommons.org/licenses/by-nc-sa/4.0/

There are two types of designs:

One with to holders and a slit, one with two slits. 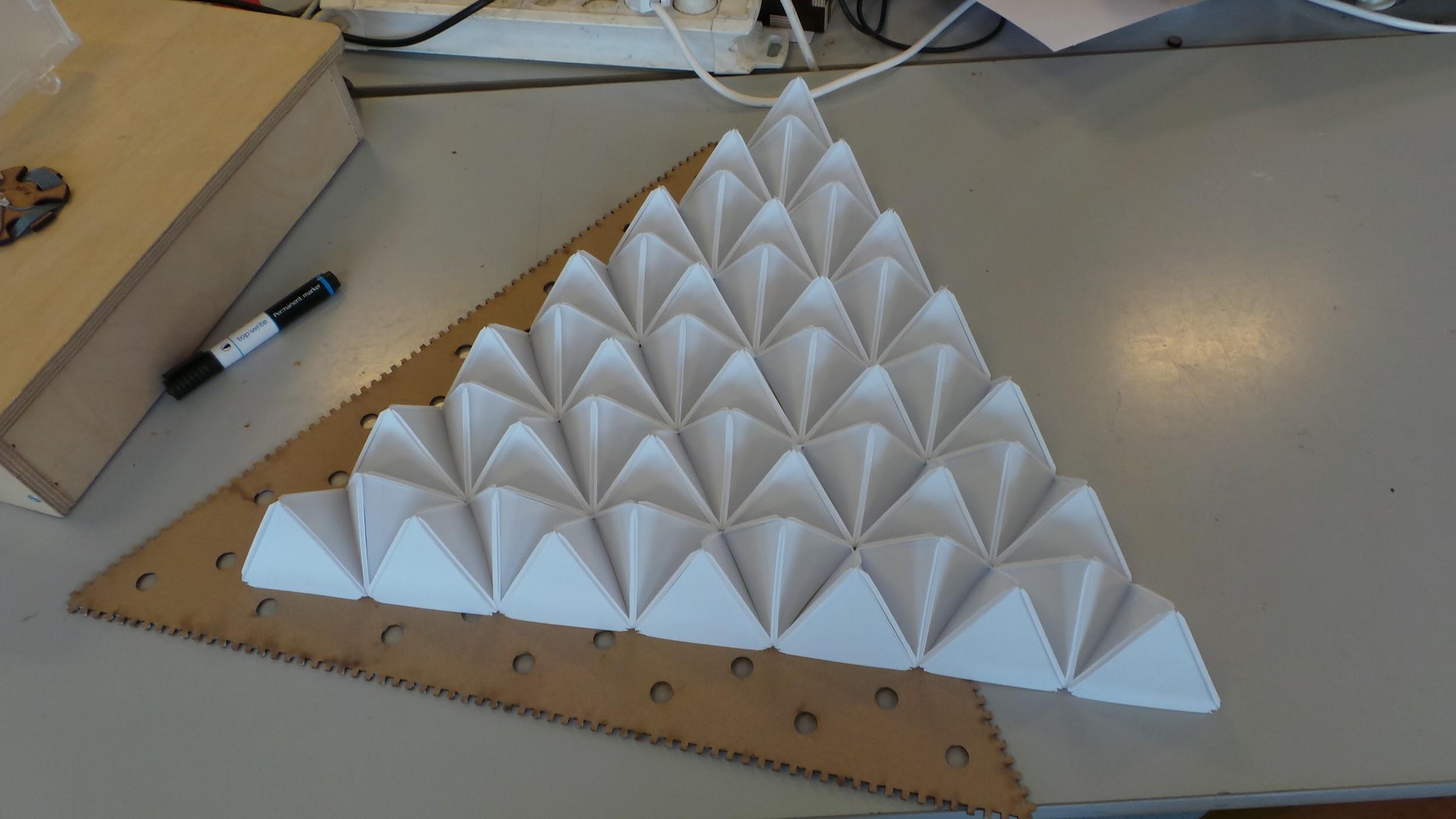 The code driving the color maps the array of LEDs into a matrix and then drives gradients between colors stored in a palette. For 3 servo motors the sweep example from the servo library does the job, just extended to use three servos.

Here’s a link to all the needed files: