Connect Android to Arduino via USB on the go 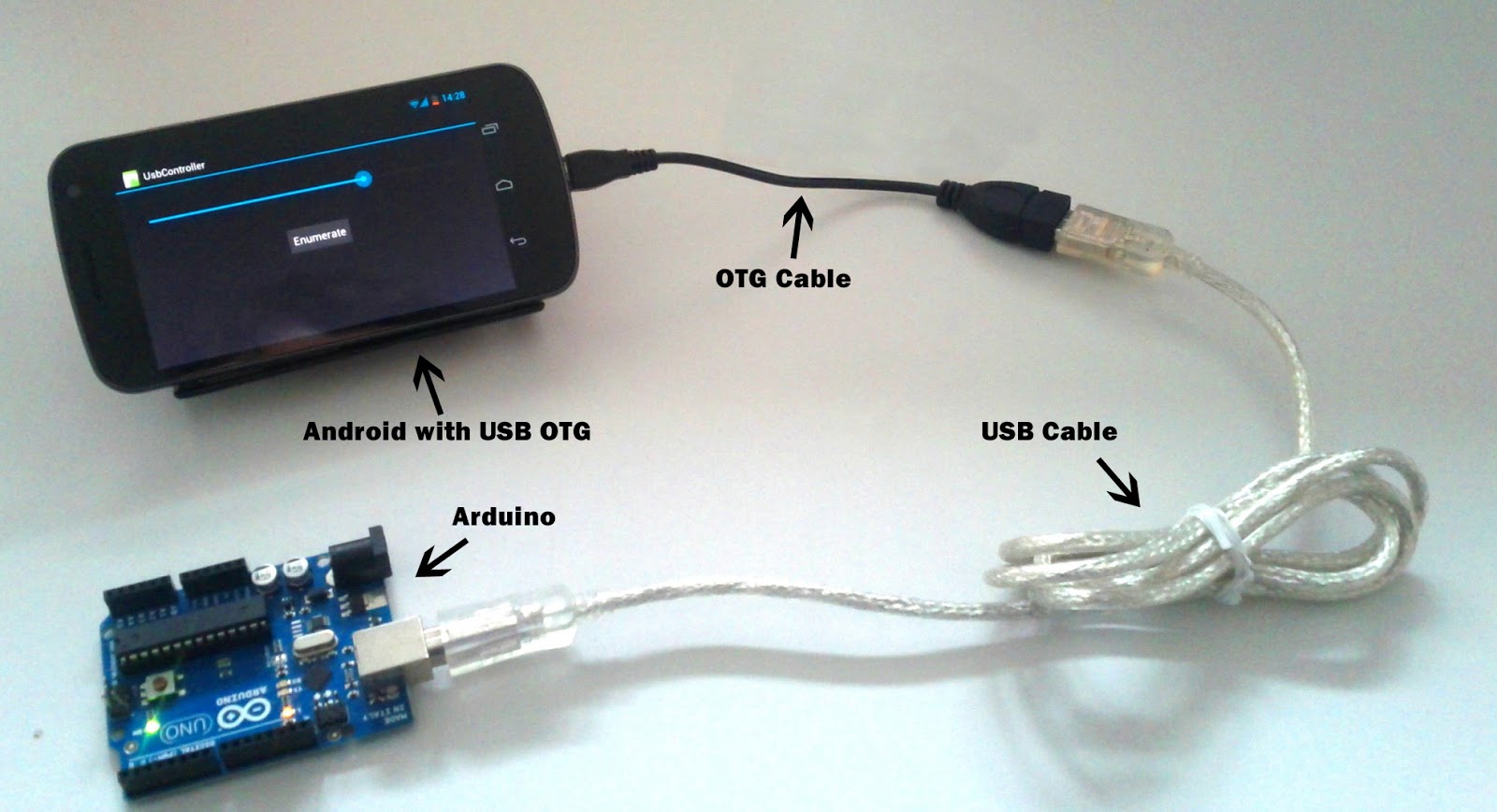 The feauteres found in a modern smartphone is uncomparable to any other hardware platform found within this size and pricerange. A smartphone packs: display, GSM, bluetooth, soundcard, storage, accellerometers, wifi, 3g/4g etc. The only limitation is interfacing with physical sensors and in a tangible computing sense. This is where a combination of an Android and an Arduino sounds like a match made in heaven.

Unfortunately it can be rather tricky to get running. The best simplest solutions is to use an Android phone and an USB OTG (On-the-go) cable.

There are some limitations with this solution:

This toturial is a modification of the android usb serial library: