Our intern Radu Stefan developed a DIY robotic arm at the FabLab as part of his bachelor project. 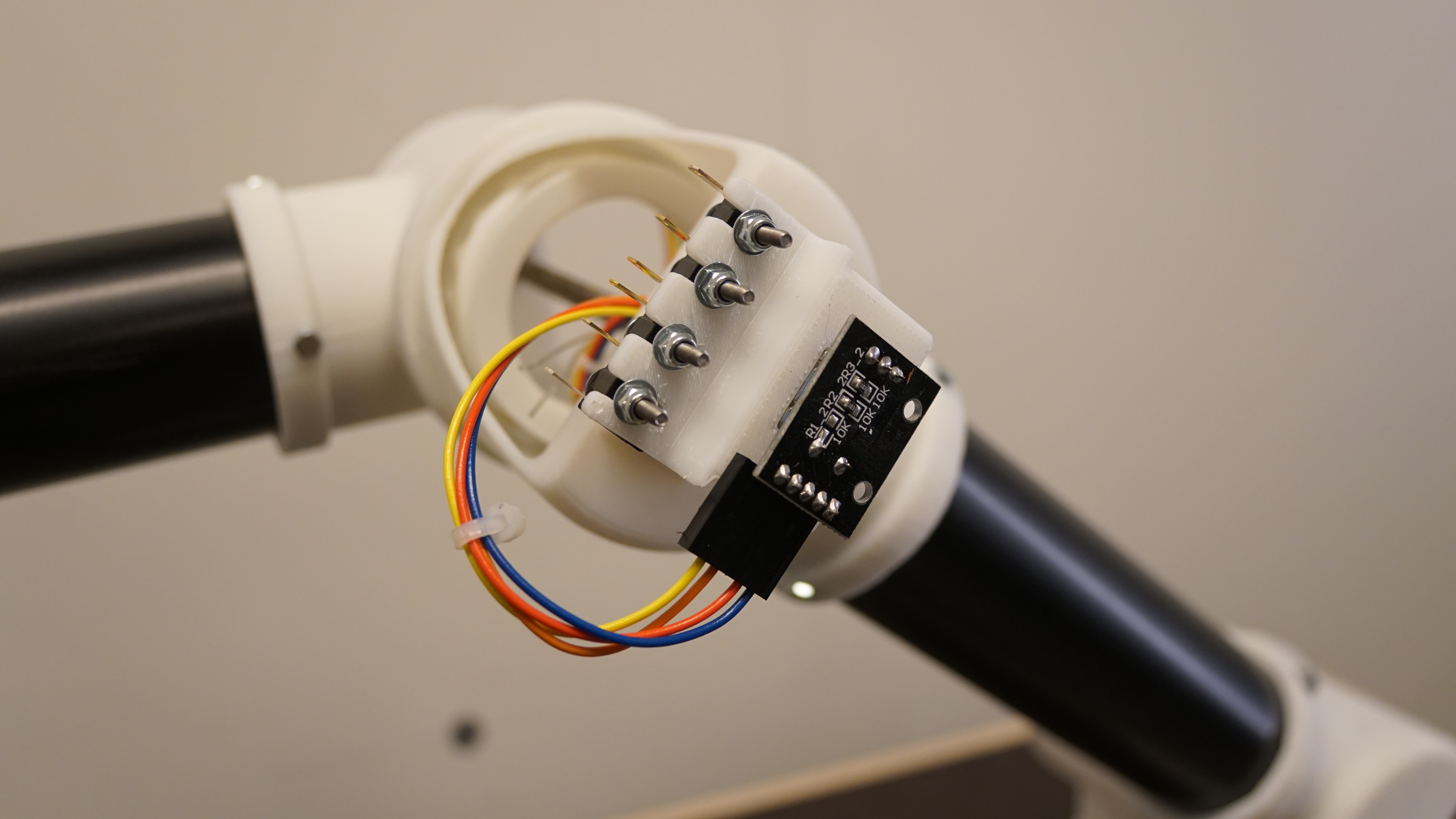 The robotic arm project comes as a cheaper DIY (Do It Yourself) alternative to already commercially available similar products.
Its main purpose is to help teachers and parents introducing children to programming, electronics and mechanics for educational purposes, entertaining etc.
The goal of the project was to build a robotic arm that is cheap (budget set to 1200 DKK), easy to reproduce and modify, versatile and robust. Since it is meant to be used by children it must be user
friendly and certainlysafe. Special attention has been put into creating a robotic arm that can be easily
modified or having its components replaced with different models or types.
The project was undertaken at FabLab RUC (Roskilde University), where anyone can freely use a wide range of modern machines, devices and different otherwise inaccessible resources. Those include laser cutters, 3D printers, CNC machines and many others, plus pertinent advices.
The robotic arm consists of a base and the arm itself. The base is made of plywood and its role is to hold the arm and contain all electronics. The arm is made of three aluminium tubes and the 3D printed joints
keeping them together. The actuation of the arm elements is performed by three stepper motors while the torque is transferred by 0.8mm steel cables through Bowden tubes. All custom components like fixtures,
joints, pulleys etc. are designed and made from scratch. The end effector can for instance grab and move a small and light object as a pencil, brush etc.
The electronics include a power source, an Arduino Mega controller, a RAMPS stepper motor shield and additionally components as fans, encoders and limit switches.
As regards software, Arduino language is preferred. It can be either used directly by the user or indirectly, through Grbl CNC interface programme (which works on Arduino as well).
As future improvements, I would use a more powerful motor drivers, only to enable more possibilities. Moreover, a timing belt driven version might perform better. The current version of the robotic arm is
versatile hence, for any specific application, there can be particular improvements.
The entire documentation and all needed files will be uploaded on several open source/DYI websites and
made available to anyone interested in replicating the robotic arm. 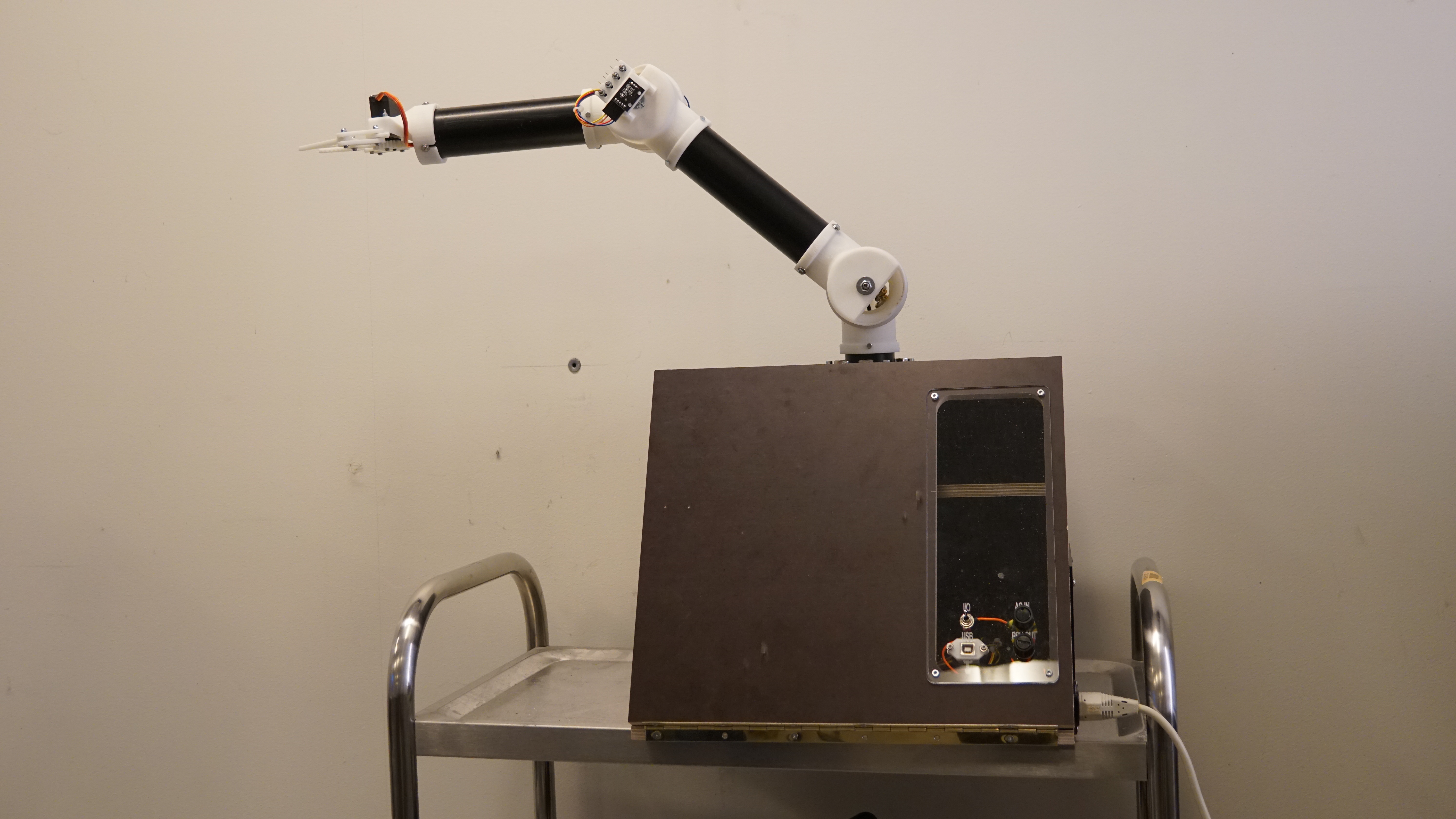