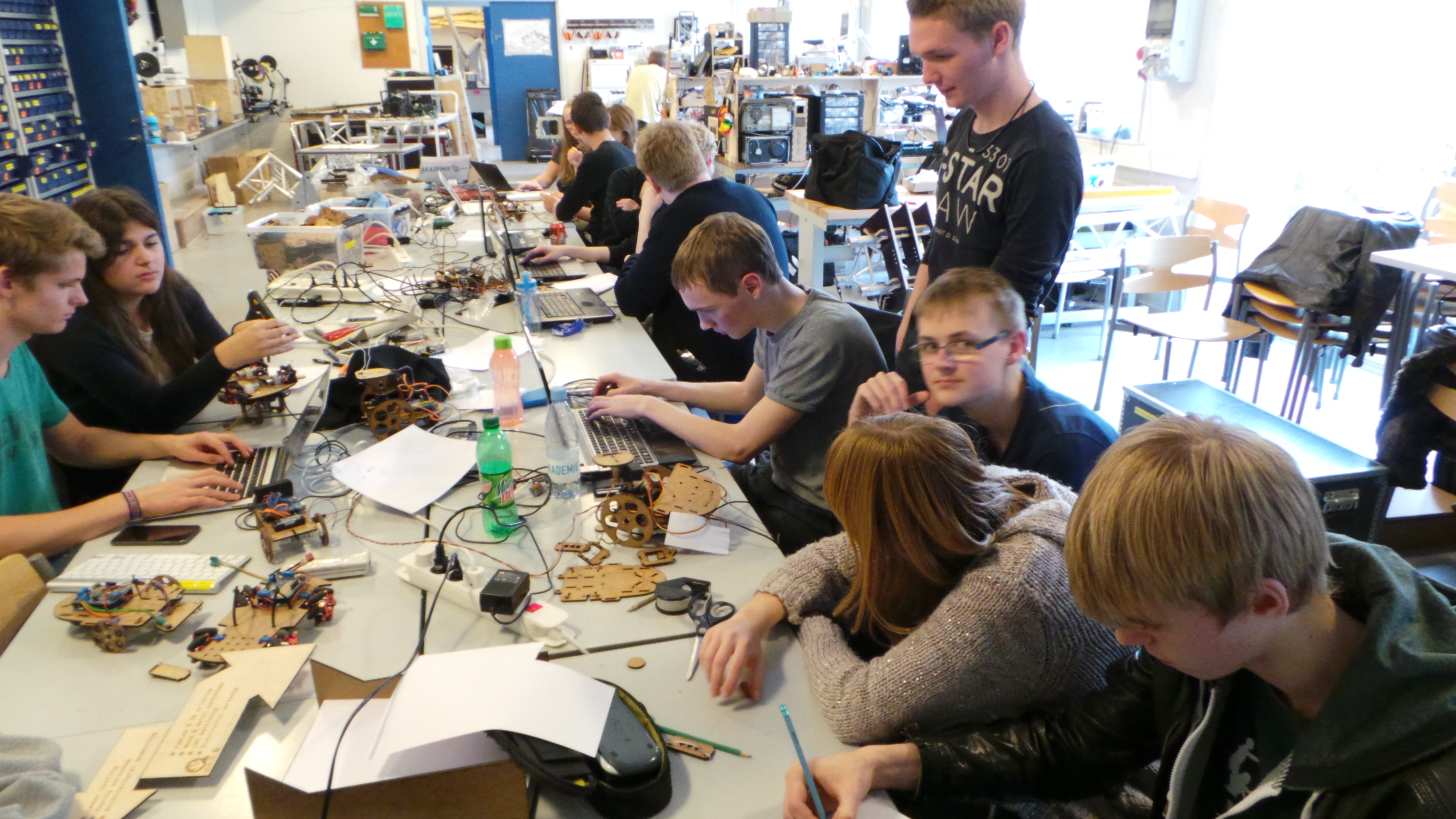 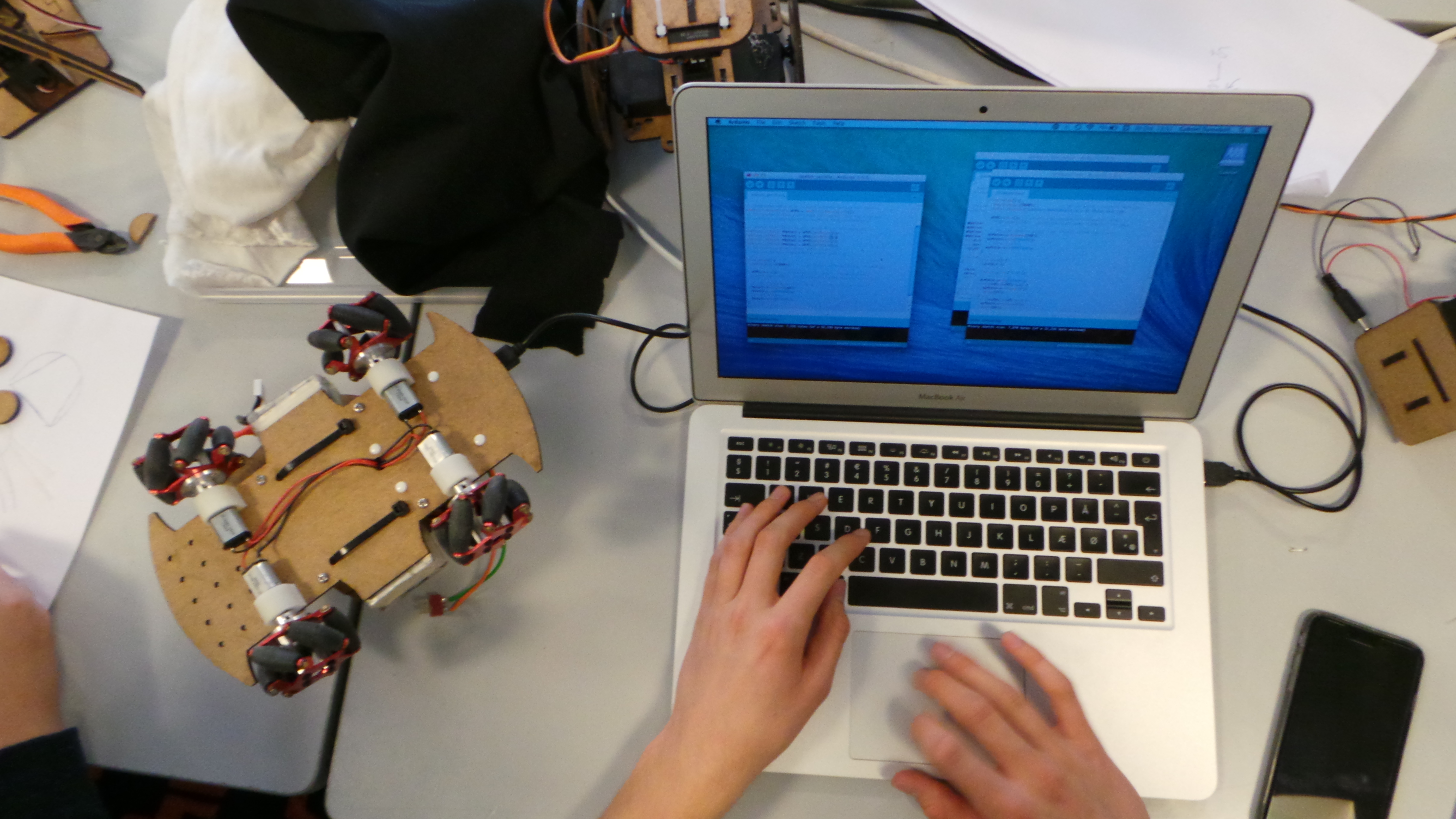 We provide regular workshops on creative use of technology as way to understand electronic circuits, tangible computing and especially how to program. 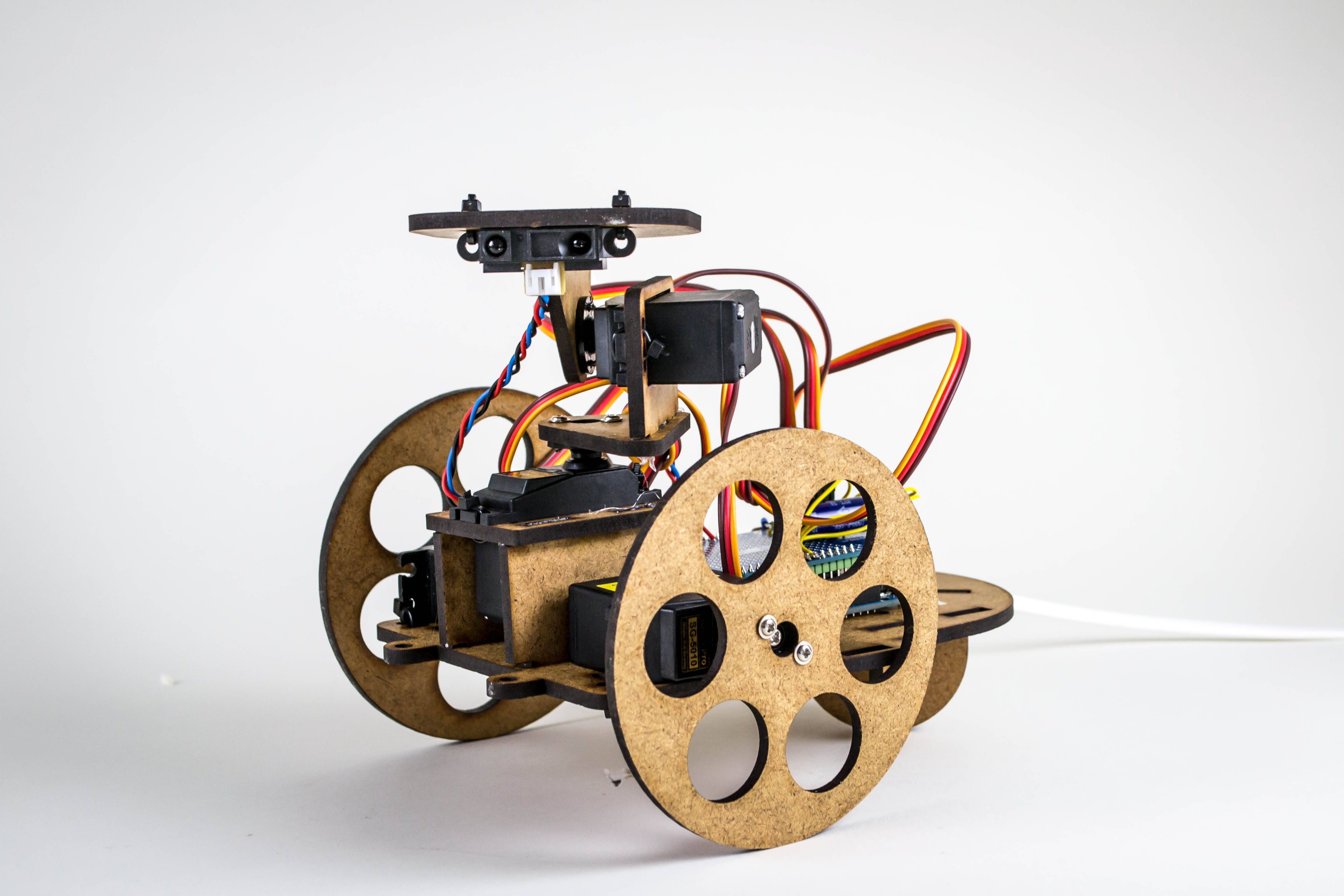 Our robotics platform has been used in several workshops for high school and university students. Participants built a robot, gave it personality and experimented with the interaction between humans and technology. We provided laser cut robot parts, the Arduino open source rapid prototyping platform, electronics and programming building blocks. A single distance sensor and different behaviours coded as modular functions allow a range of behaviours to be combined. We provide the participants the possibility to think, experiment and express themselves through the material, the media of the behaviours, look and feel of a robot - rather than more well known, established media such as a film or a written report. Expression through the material itself, not through words in a pamphlet about it. The material is the media, we think through the material, the material is primary. 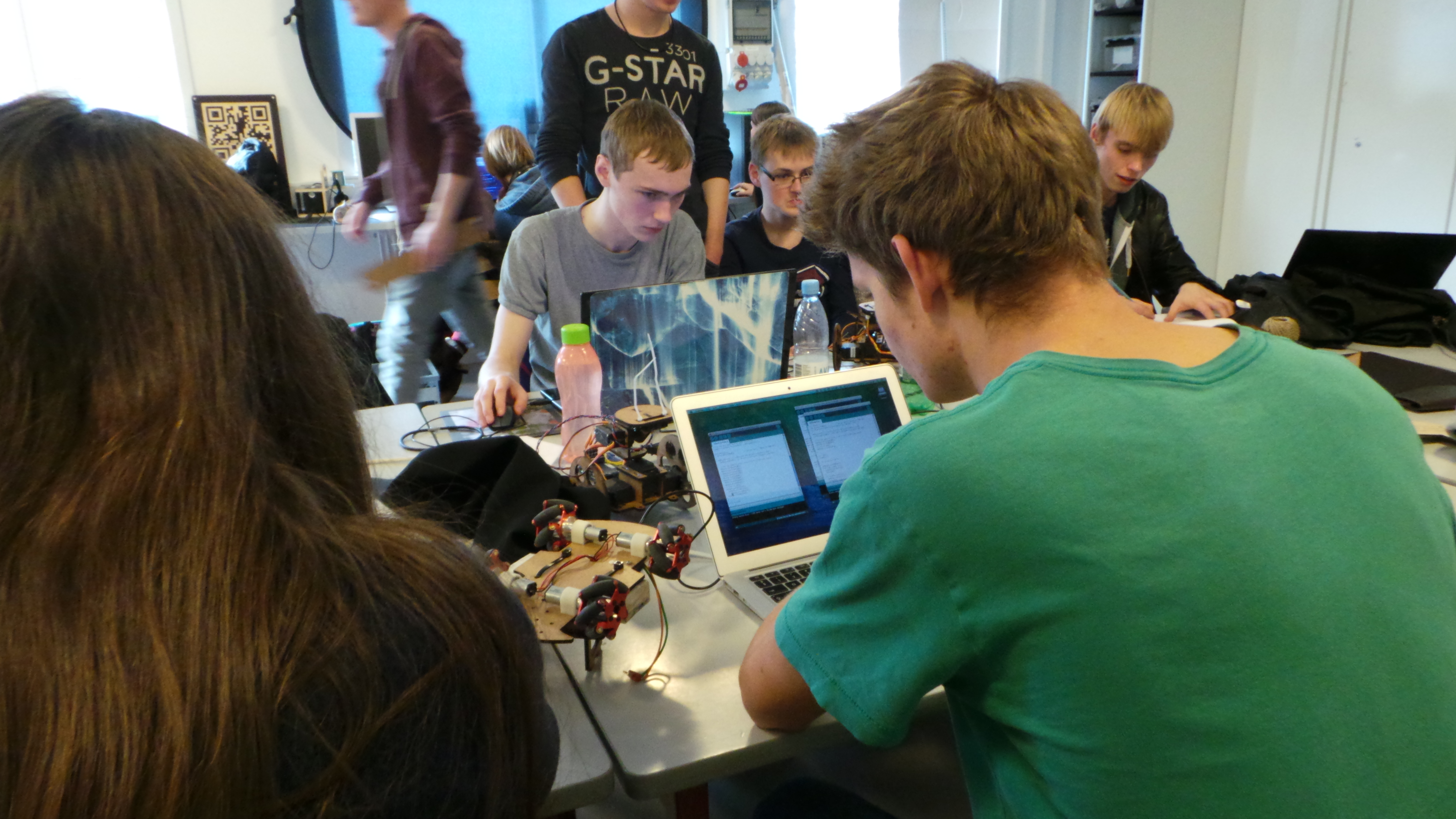