A meeting of minds, a shared purpose

What do you get when you mix 300+ biologists, artists, DIY enthusiasts, ridiculously qualified people from all backgrounds and the spirit of change in one of the world's most prominent technology hubs?
The world's friendliest revolution. A.k.a: The Global Community Biosummit.

When I got the email telling me that I had been accepted to attend a conference at MIT, I was pretty damn excited. This is one of the world's most prestigious technological institutions, right? It is, but little did I realize how beside the point that is. I arrived from Copenhagen, admittedly a bit intimidated by the prospect of potentially meeting all these famous characters in the world of biotechnology, yet the welcome we received from by David Kong, the director of the Community Biotechnology Initiative behind the GCBS, was very casual and friendly. This egalitarian attitude pervaded the entire conference and is a central aspect to the Community Biotechnology (and Maker) movement.

But what is this movement exactly? Is there even such a thing? These questions were part of what we came to the GCBS to answer. Here's what we've come up with so far: 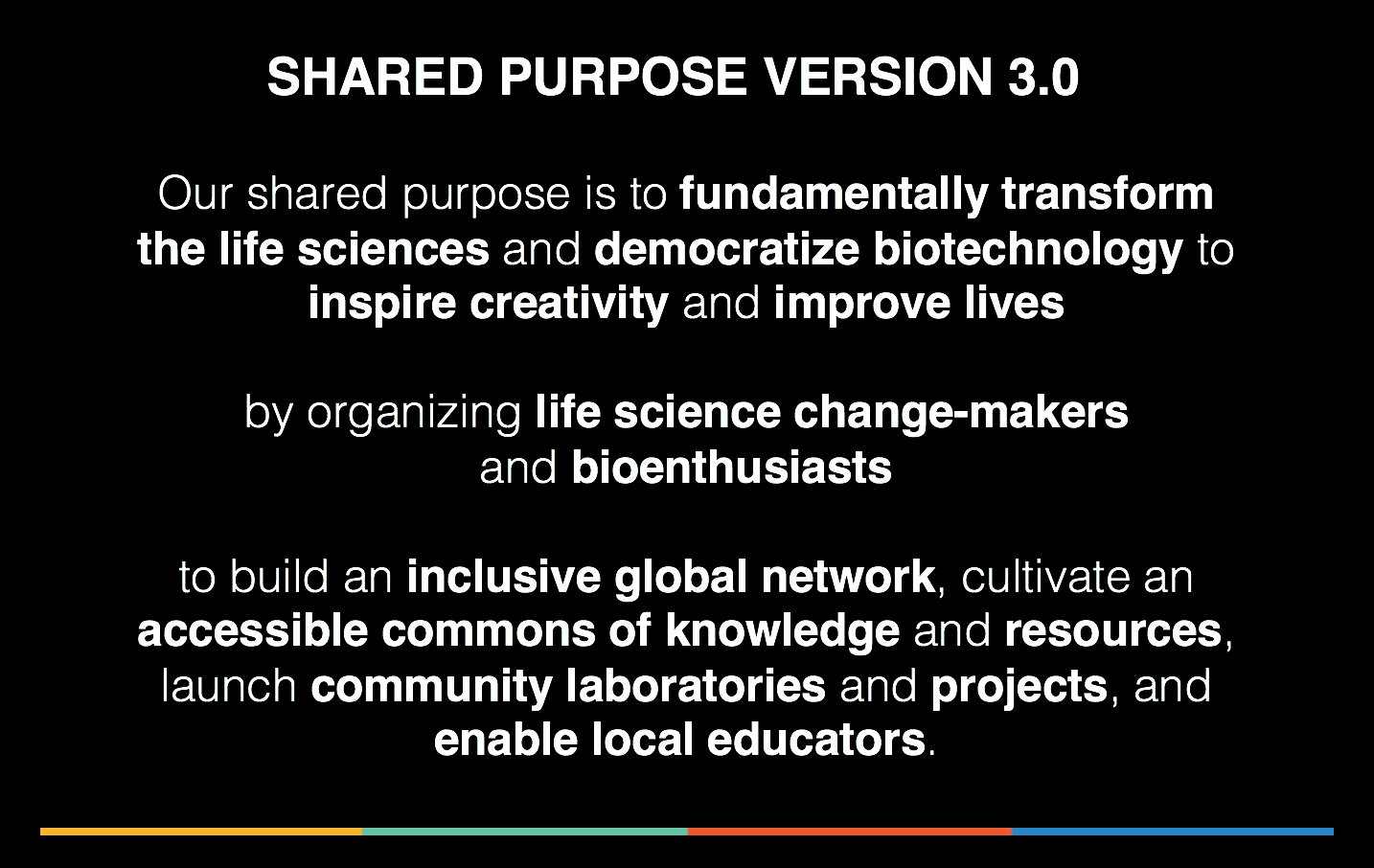 As implied by the picture, this all-encompassing statement went through a few different versions and is still considered a work in progress, very much open to input and/or critique.
One word I would like to particularly highlight is "enable". It may sound cheesy, but I think that it truly distills the essence of what the whole movement is about. For ages people have been doing awesome stuff with science and in all fields...and it is amazing that we are starting to program organisms using DNA similar to how we use code to program computers, but what is different here is not the new technology, it's the approach.
Instead of relying solely on academia or industry for innovation, the idea is basically to put the tools into the hands of everyone and see what happens? Nobody is suggesting Joe Smith goes wild with GMO in his garage without any training whatsoever. It's as simple as making it possible for anyone to pursue their interest as fully as possible. If you're an artist who wants to dabble in alternative fabrics, why not grow some kombucha leather and make a dress. If you're a physicist with a head full of theory, itching to translate it into reality, why not grab some Arduino kits and do it? The answer to this question is usually "I don't know how" or "I don't have the resources". Enter the community lab, where all you need is a cool idea and the tenacity to learn through failure.
As Marshall Ganz, a speaker at the GCBS and grassroots organizer for Barack Obama's presidential campaign, wisely said (I may be paraphrasing):

"Understanding flows from action, rather than preceding it"

So go try laser cutting if you're curious or have a project in mind. Doing research beforehand is always a good idea, but if you happen to set your template on fire once or twice, that's okay too. It certainly drives the message home faster than a two-hour lecture.

Once people have these means at their fingertips and realize how possible it is to use them, anything becomes possible. Synthetic biology is simply one of the most exciting means of our time. This concept of citizen science in no way excludes qualified people. The point is that it includes everyone.
While at the conference I saw ideas like dresses made from bioplastics, 3D-printed microscopes for a fraction of the commercial model cost, mycology kits made from Pringles, housing parts grown using reishi fungus, kits developed for transcribing proteins from plasmids without any living cells involved in the process, and many many more. There was a workshop where we cloned plants in an media that sounds more like a soup recipe if you list the ingredients. All of these fantastic concepts were thought up and brought into reality by people from all backgrounds of education, from all over the world. Ivy-league graduates, self-taught, you name it, they were there. They were contributing to raising the base level of our understanding and making a change in one way or another.

It's fair to say that these amazing people have changed my idea of education and after this I certainly have a good deal of respect for what a collection of individuals can achieve as a community. 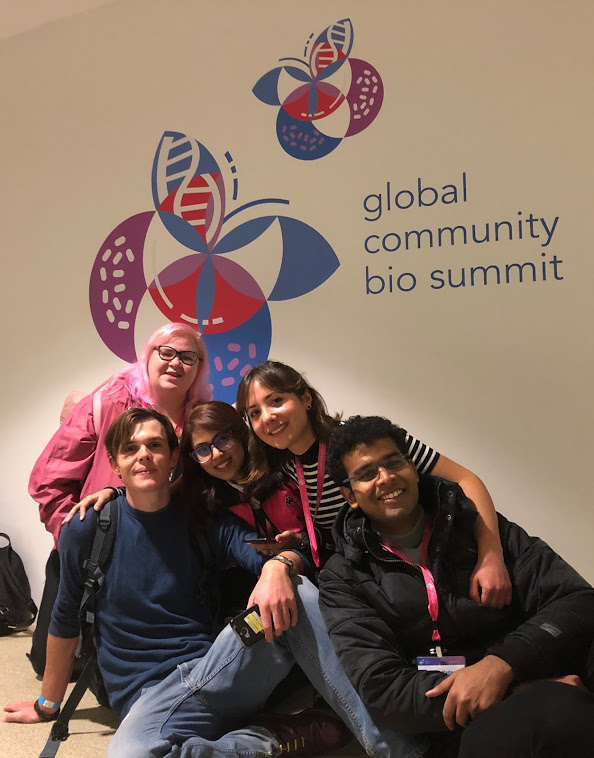 Special thanks to the above people who made the GCBS amazing for me personally. 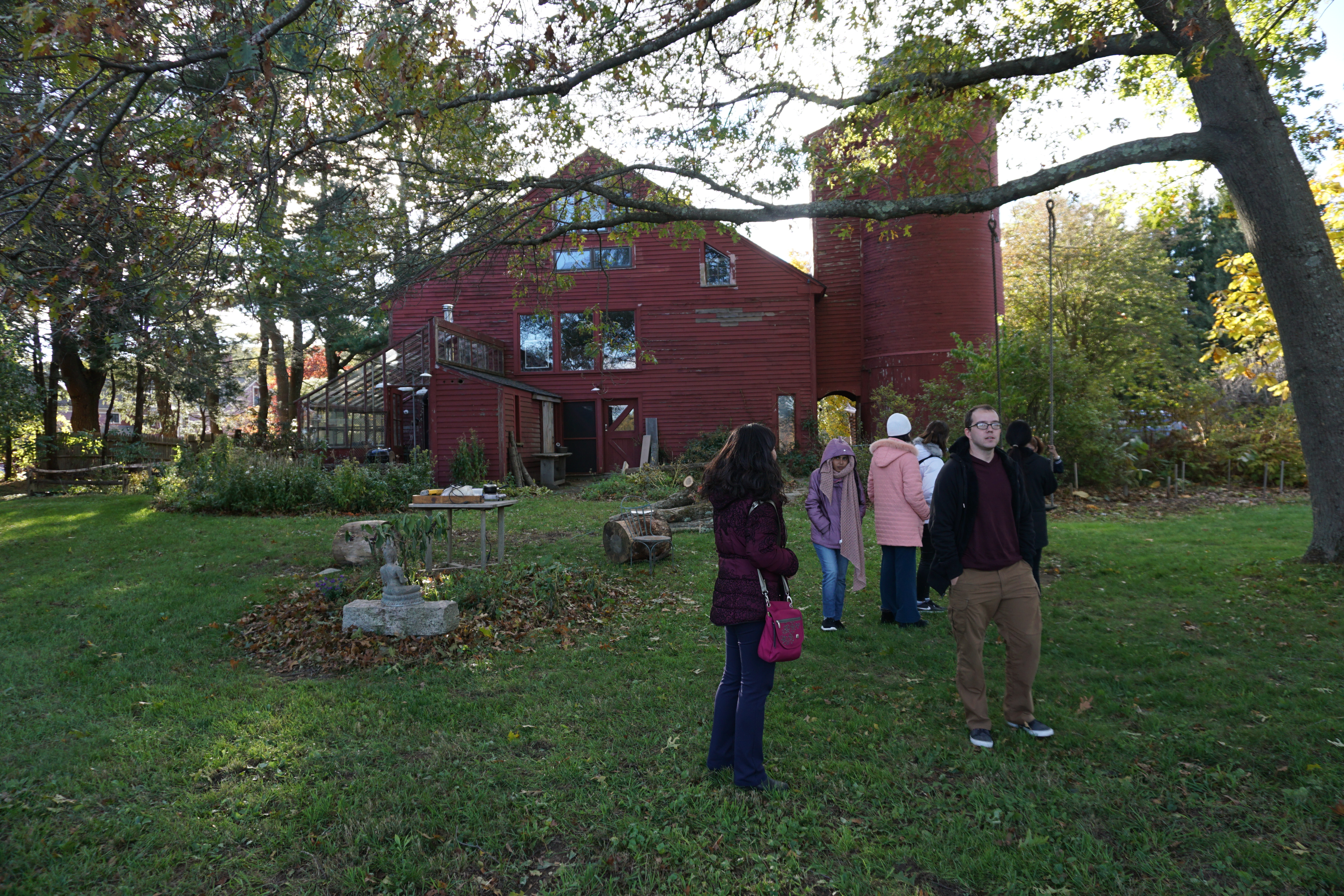 A visit to Wes' permaculture farm 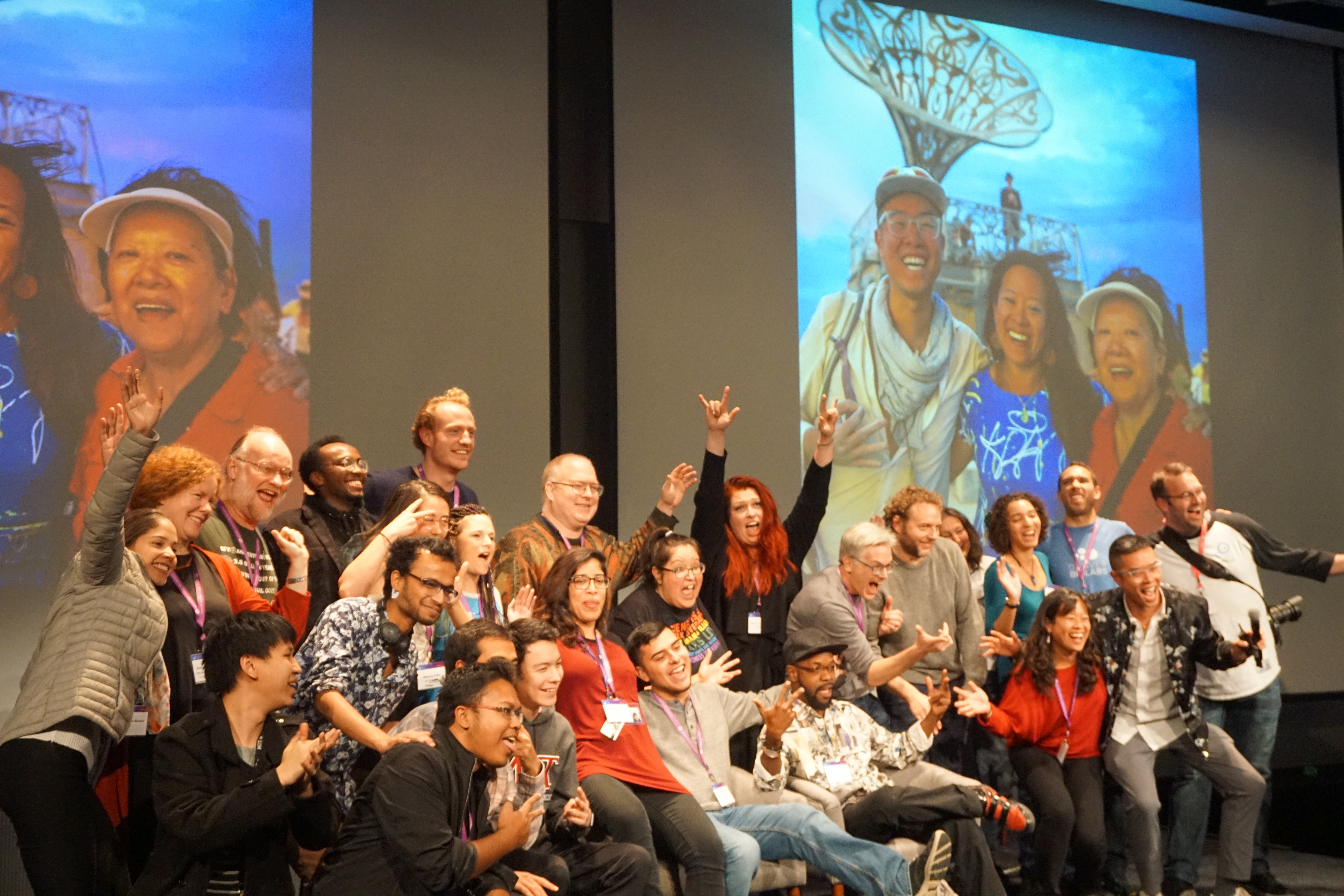 The organisers of GCBS 2018 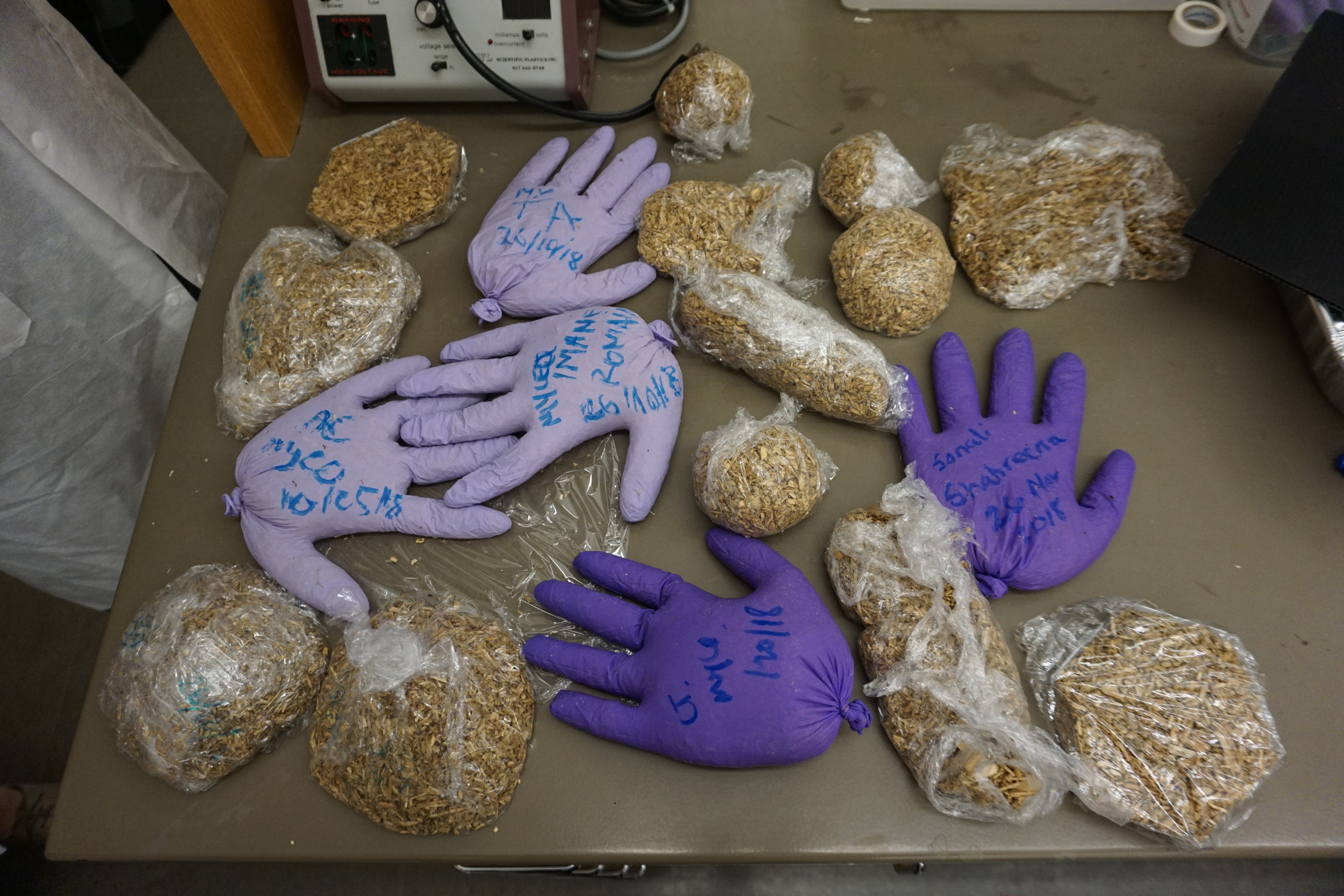 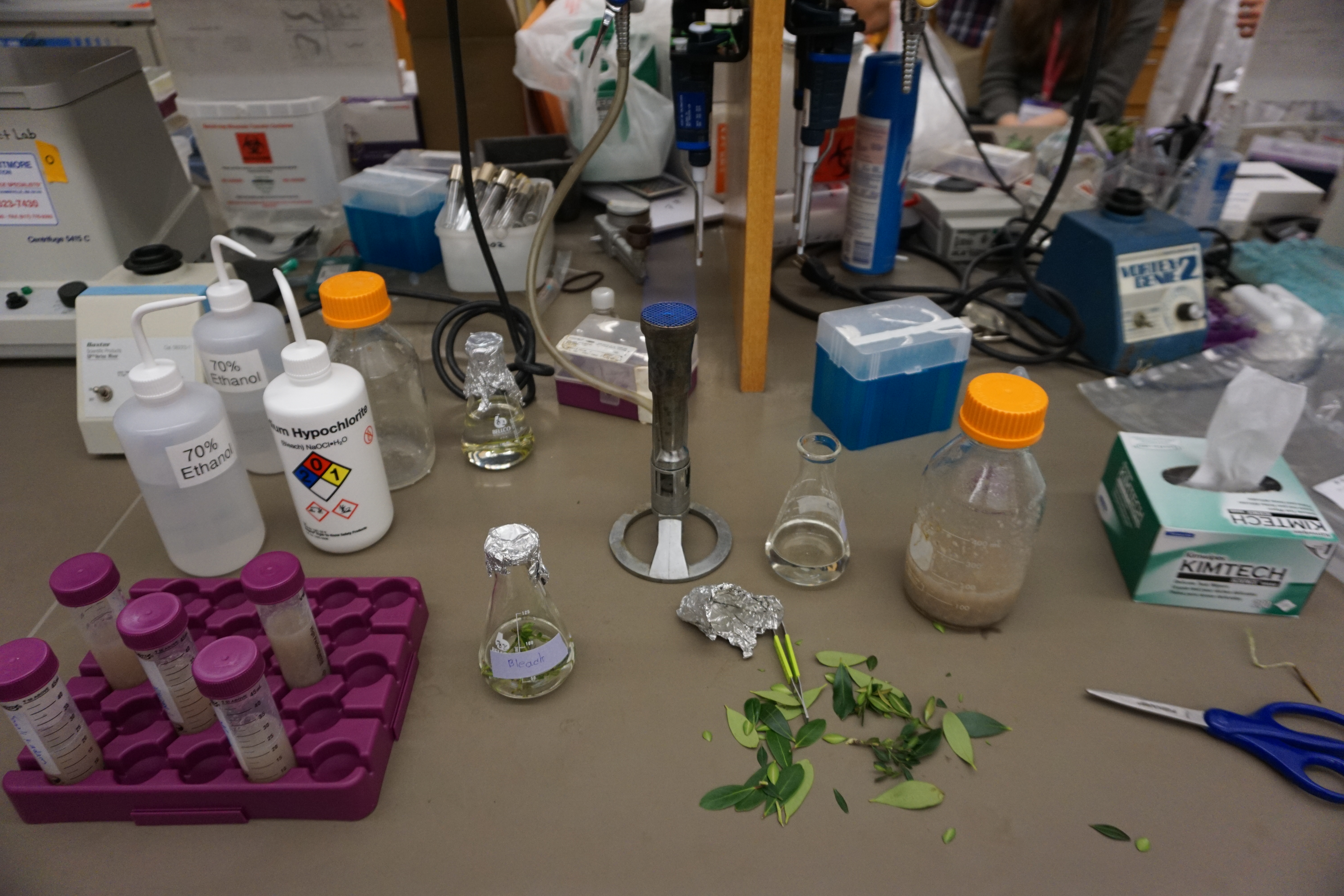 All the materials needed for some DIY plant tissue propagation 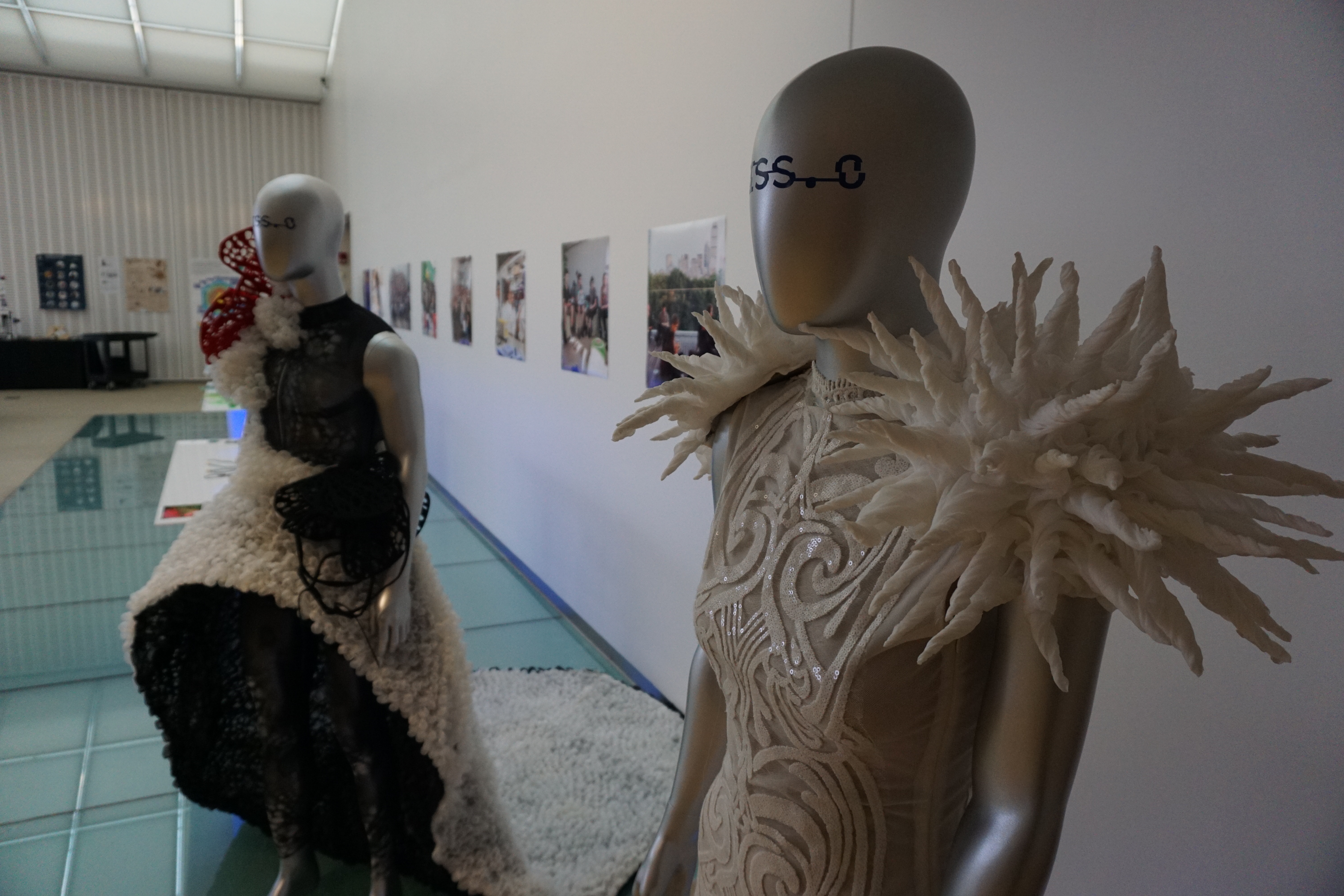 Creative use of bioplastics 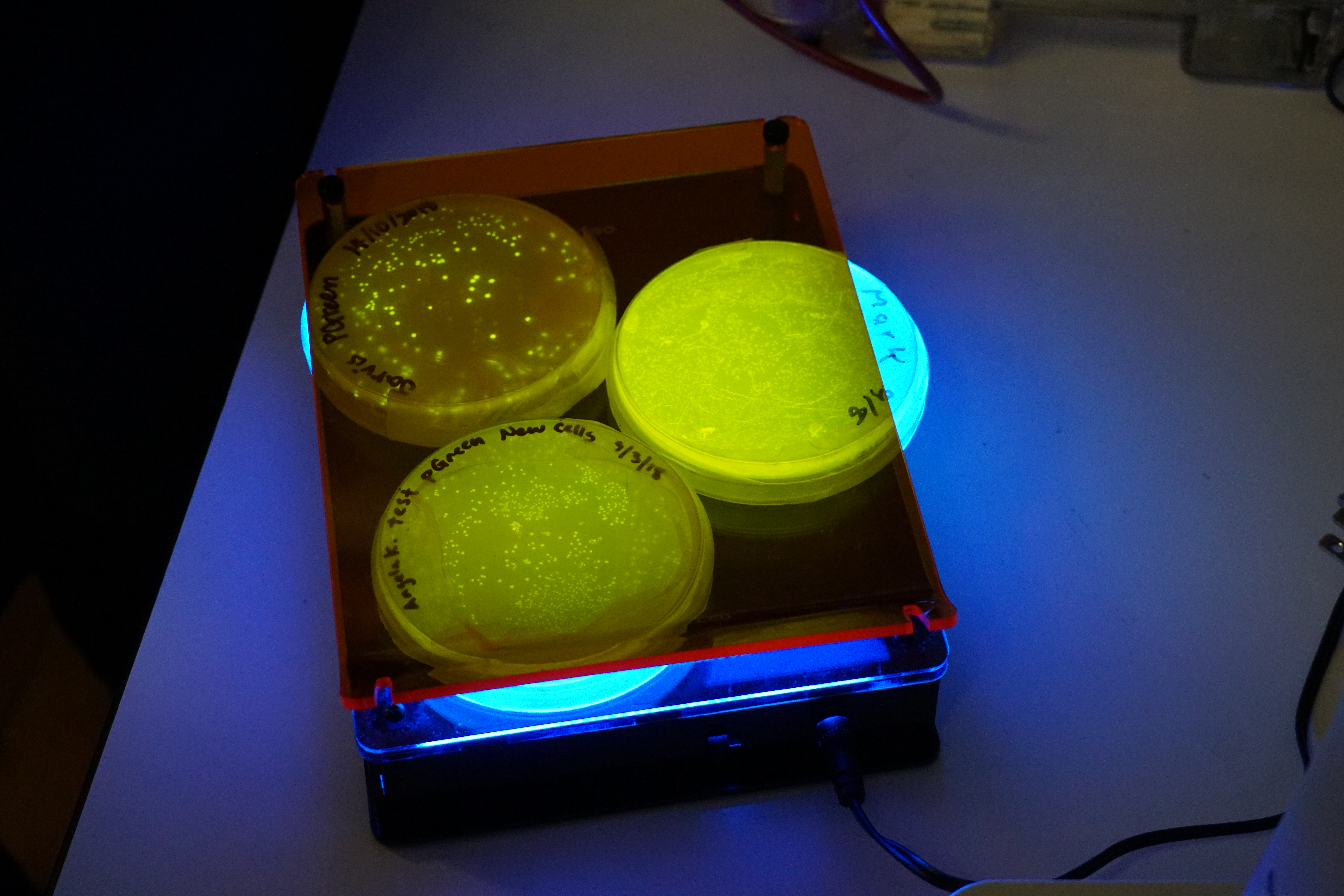 Some fluorescent bacteria at Boslab