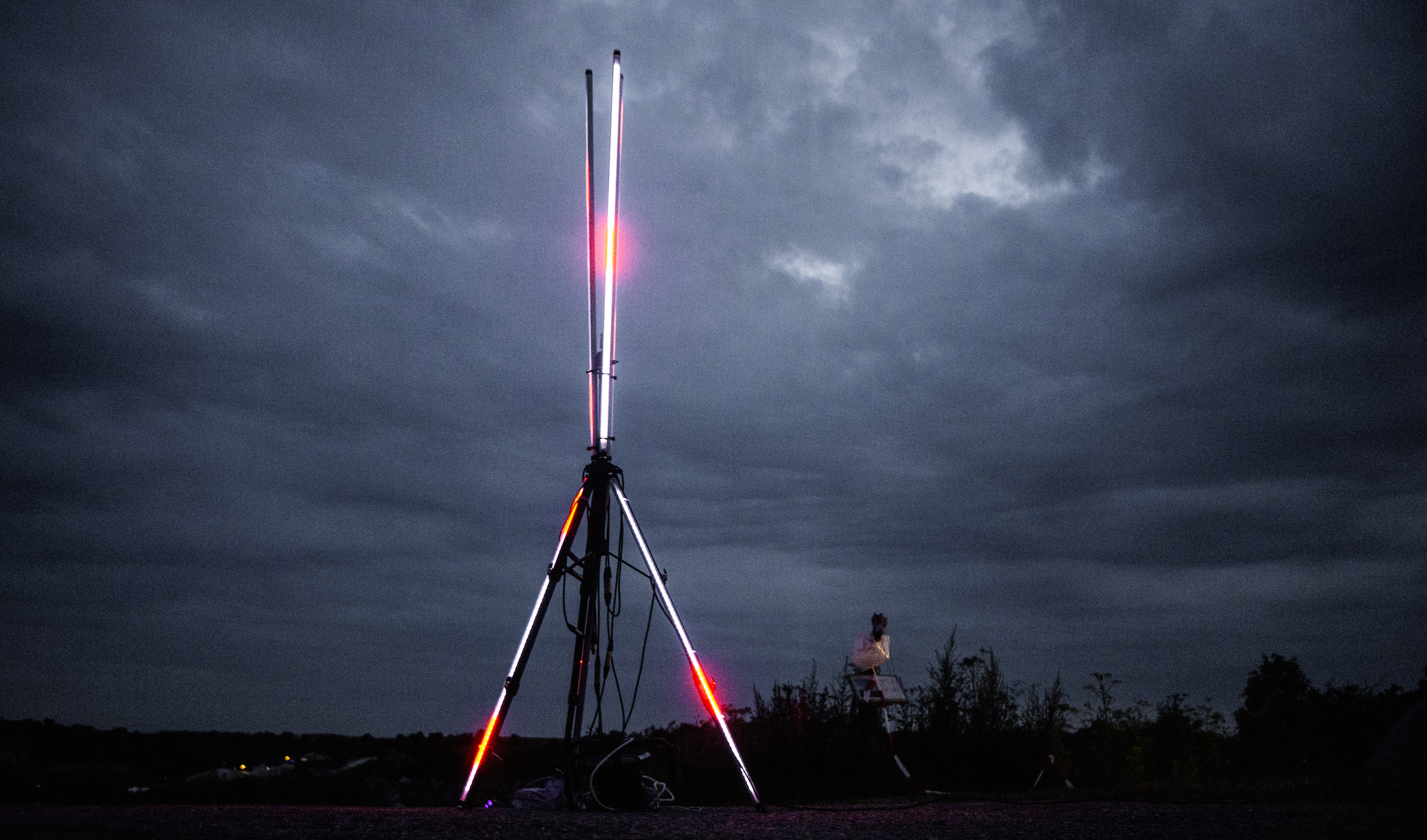 Mads Hobye has been experimenting with dynamic light installations at the Fablab for the last 6 months. One such system is the Neostick modules. They consist of multiple neopixel strings that can be chained together and programmed into different types of place specific installations. 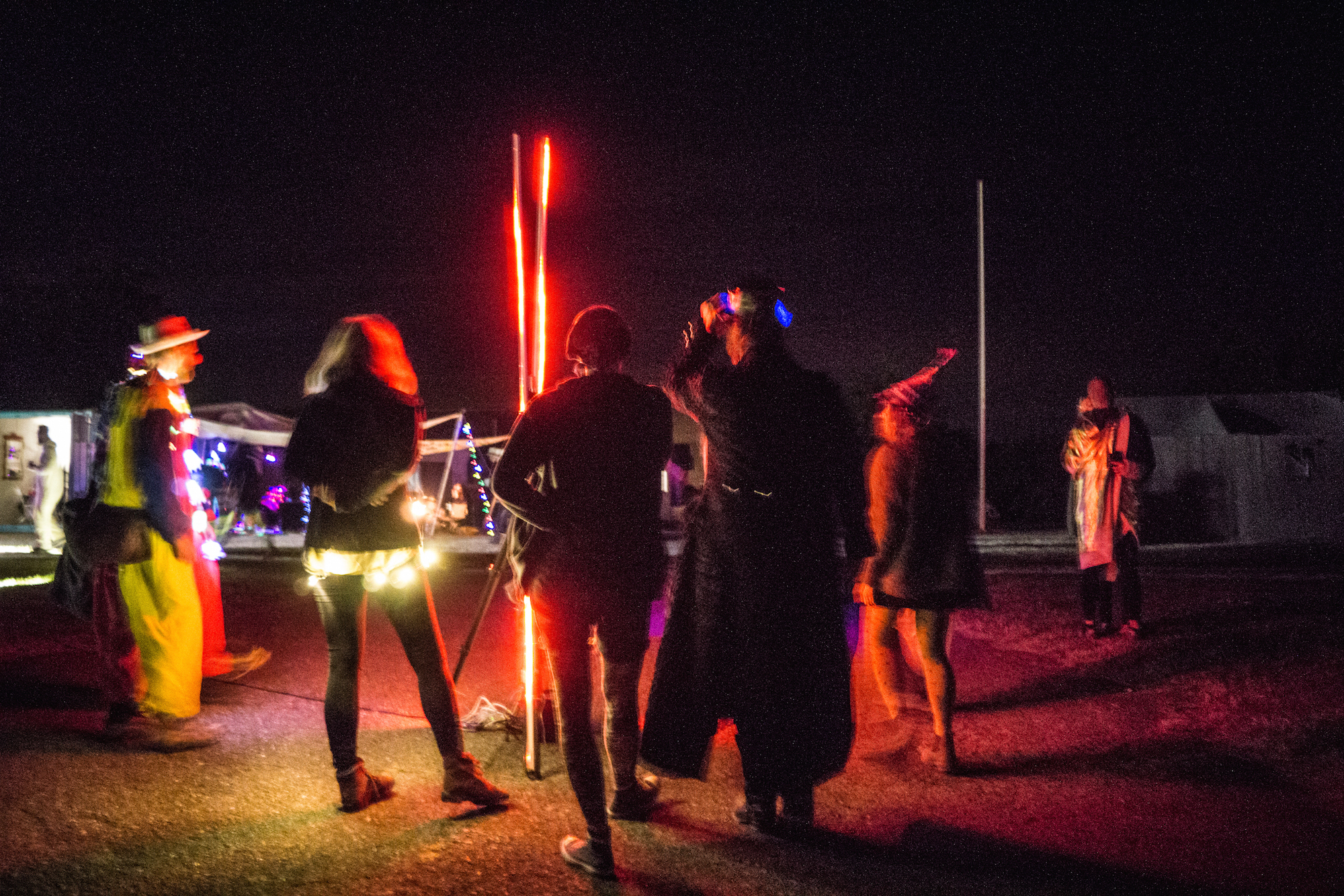 At the Borderland Festival he designed a light installation that stood on top of a hill and made animations pointing towards the sky. It became an odd and improvised contraption that gave the impression of outer terrestrial technology.

After the installations was installed other participants of the Festival improvised around it by using it as a prop for their own imaginations. Most interestingly as space alien dropped by and communicated with it. 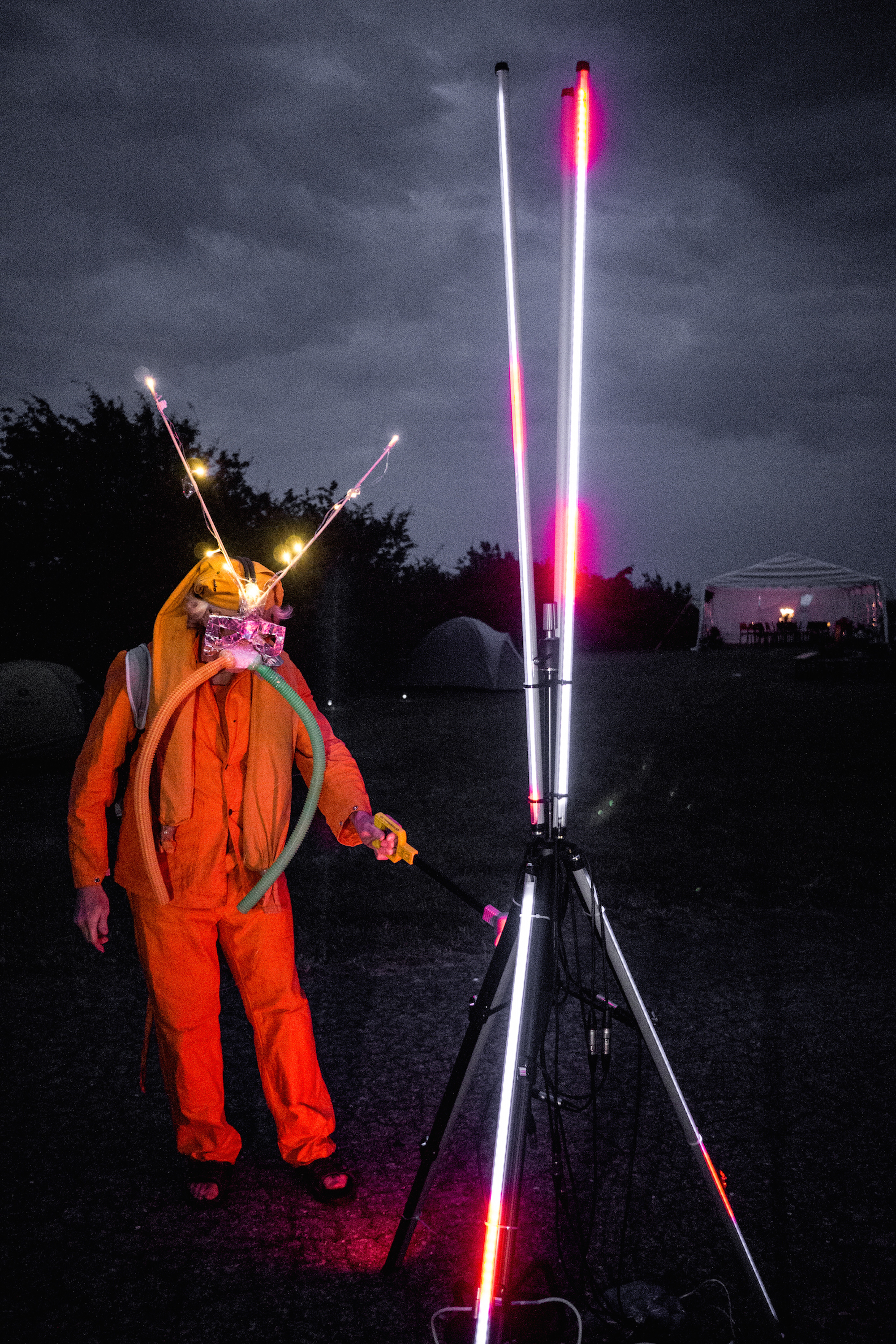 The Neosticks being prototyped at the lab: 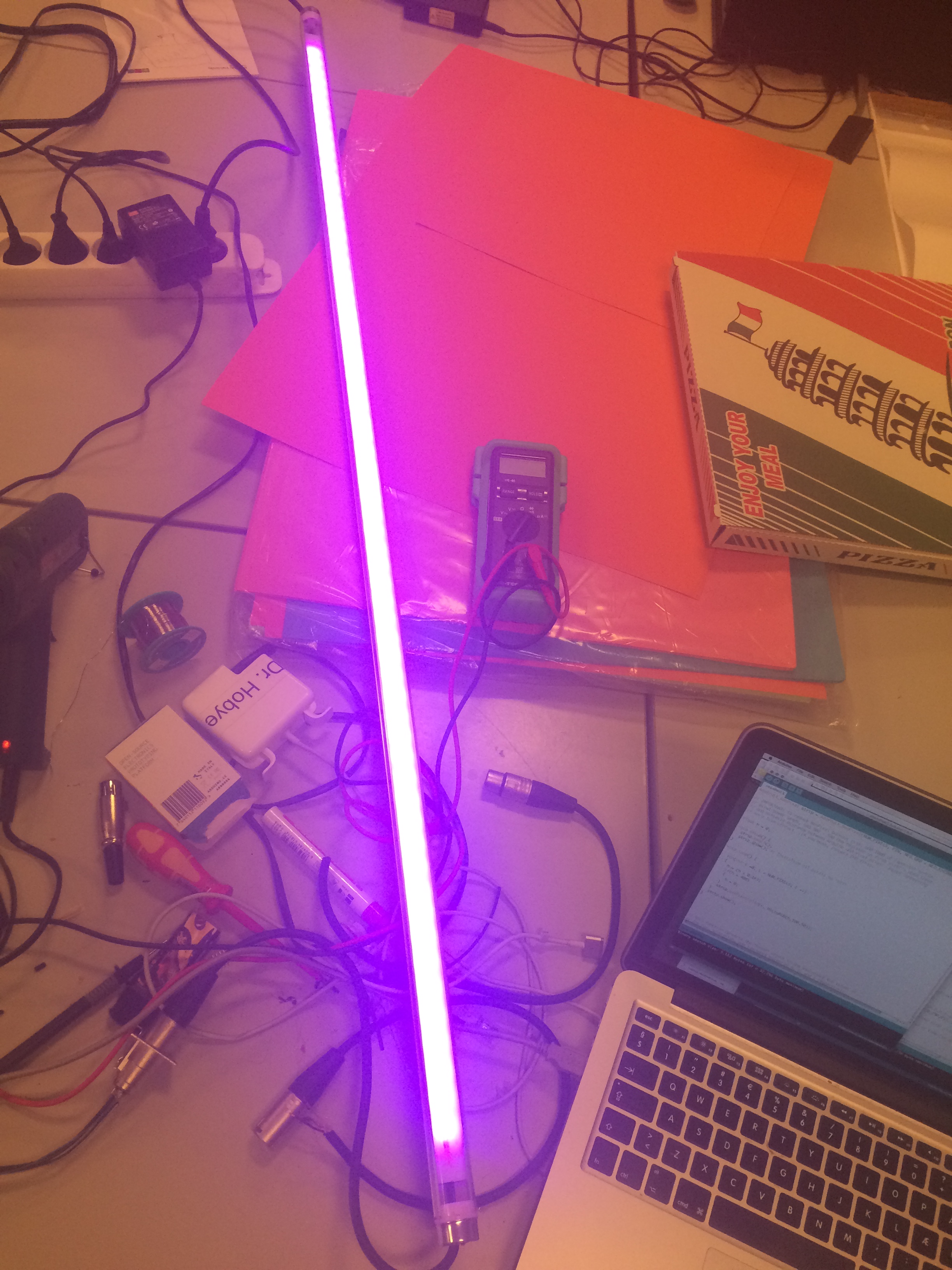